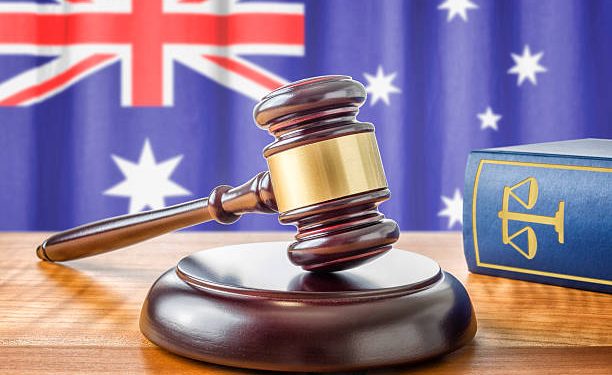 On September 19, 2022, Senator Andrew Bragg released a draft bill aimed at regulating cryptocurrency exchanges, the digital yuan, and several other stablecoins. The liberal senator has released a new draft bill that is aimed at clamping down on digital asset exchanges, stablecoins, and China’s central bank digital currency, the e-Yuan.

In a statement published on September 18, Senator Bragg said that:

“Australia must keep pace with the global race for regulation on digital assets as it is essential that the parliament drives law reform on the matter.”

Australia must keep pace in the digital assets race: a bill to protect consumers, promote investment & protect our interests.

While speaking to reporters, Senator Bragg said that Australia has:

“Quite a risk exposure, as an economy, and that’s one of the reasons why we need to have a serious program for managing disruption, managing risks, that emanate from the development of a CBDC.”

Senator Bragg stated that the objective of this specific action is to offer a great and effective regulatory framework and provide “for the reporting of information by certain banks that facilitate the use or availability of digital Yuan in Australia”. It will also support extra duties for governing bodies with regards to the act and the “regulation of activities relating to digital assets and digital Yuan.”

Senator Bragg insisted that this is not an accusatory position to adopt. He believes that it is just being “prepared and gathering information” which is fully responsible and reasonable.

The Liberal senator also stated that Australia would not benefit from having a central bank digital currency as “privacy issues cannot be managed.” Nevertheless, the Australian government put something viable on the table to manage other CBDCs being introduced, as the Governor of The Reserve Bank of Australia has “spoken before saying there needs to be regulation on stablecoins.”

In that context, the draft bill consultation is open until October 31, 2022, and welcomes ‘community feedback.’

Andrew Bragg, a pro-crypto Australian politician, has been a vocal advocate for crypto since he was elected senator in 2019. Senator Bragg has been constantly pushing for a clear regulatory infrastructure for digital assets and crypto firms since 2021, with an aim to prevent local startups from shifting their operations overseas.

Senator Bragg also said that he “chaired the committee” for digital assets without any fixed view at the time and “conducted an inquiry into these matters” while simultaneously informing himself about the opportunities and risks involved.

In the meantime, the Australian Labor government is believed to be working on “crypto asset reforms” to “improve the way Australia’s regulatory system manages crypto assets.” In August, the treasury said that it will:

“Prioritize token mapping work in 2022, which will help identify how crypto assets and related services should be regulated.”