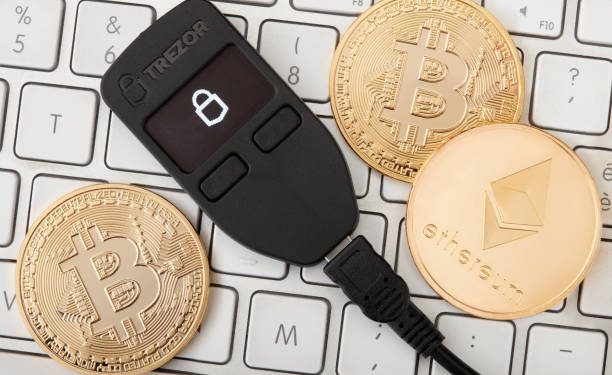 These two projects stated that they would bring CoinJoin to hardware wallets in 2023.

Trezor, the firm behind one of the most popular crypto wallets, has now teamed up with privacy project Wasabi to bring CoinJoin mixing to Bitcoin transactions on its hardware wallets.

These two projects confirmed the partnership through Twitter Monday. The idea is that users can use CoinJoin on their Trezor tools for greater transaction privacy started in 2023. CoinJoin is a coin mixer that groups bitcoin transactions to hide their origins.

🚨 BREAKING: Hardware wallet coinjoins are coming next year with our friends at @Trezor pic.twitter.com/2RFCgM9wK2

Wasabi Wallet contributor Rafe said that the primary goal is for the Trezor Suite users to send private coins directly from their hardware wallets. He stated:

“You will be able to join our zkSNACKs Wasabi CoinJoin rounds with your hardware wallet in the Trezor Suite application.”

Community and reputation management at zkSNACKs, Karo Zagorus, said that the partnership was “a phenomenal achievement.”

zkSNACKs together with those working on Wasabi Wallet state that Crypto privacy is more important than ever before. That is because they allege that government surveillance is increasing – and financial transactions eventually might be used to closely monitor what the citizens do.

They told reporters that is the main reason they are working relentlessly on tools that make Bitcoin, the largest digital asset, more private. Contrary to the popular belief, Bitcoin is readily traceable and thus not inherently anonymous.

Coin mixers – together with crypto privacy in general – have been focused a lot since the United States government sanctioned Tornado Cash in August. The Treasury Department banned Americans from using the coin mixer, which enabled users to make multiple private Ethereum transactions since it claimed criminals had used it to launder some dirty funds.

The cryptocurrency community erupted after the news, with Washington D.C.- based cryptocurrency advocacy group Coin Center threatening to challenge this ban in court.