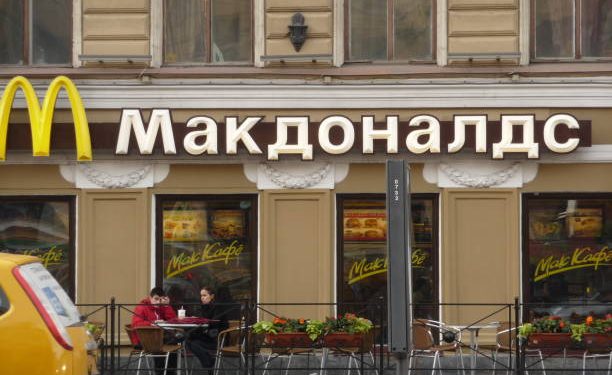 Western companies with well-known brands like Coca-Cola that left Russia to face years of fighting knockoffs and illegal imports pushing to close the gap they leave behind, a sticky bid as courts show the slightest of sympathy for firms that exit.

Companies pulled out of Russia this spring after Moscow invaded Ukraine, in response to public and investor pressure. Some, like Coca-Cola Co (KO.N), completed their departure in August after five months, while others such as McDonald’s Corp (MCD.N) disposed of their businesses. Some including Procter & Gamble Co (PG.N) partially stayed behind, selling essentials.

They are protecting their trademarks to keep their brands from losing value, and in case they ever resume operations in the country, intellectual property lawyers said. But they encounter a blanket of importers, opportunists, and flip-flopping court rulings.

Coca-Cola, first available in the Soviet Union in 1979, is currently enmeshed in fights against grey-market goods, which are illegal imports, and Russian knockoffs of its fruit-infused Fanta line, according to interviews with attorneys involved and court documents.

Other companies’ battles are just starting as Russian entrepreneurs seek to monetize their iconic names as they leave. 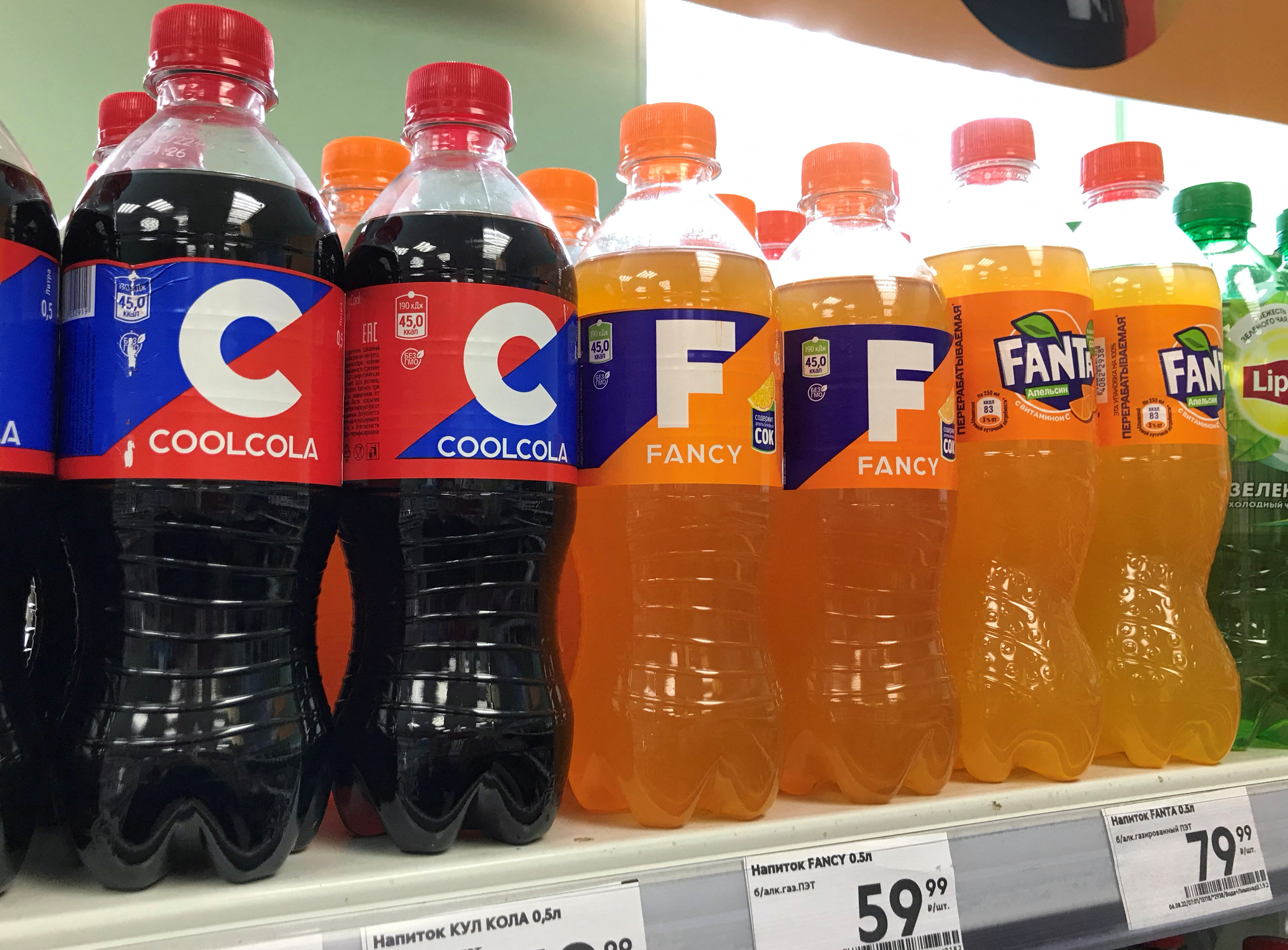 Rospatent, the Russian government’s intellectual property agency, is collecting a stream of applications for trademarks of Western brands popular in the country, said Robert Reading, head of content strategy in the intellectual property group at analytics firm Clarivate Plc, which monitors the filings.

But the Russian government this spring passed a decree enabling businesses to use patents from countries regarded as “unfriendly,” such as the United Kingdom and the United States, without paying for the intellectual property, putting Western brands on the defensive.

“The big issue in Russia is, will the court support Western brands?”

Gershtein said his firm may be able to produce items such as diapers branded as Pampers and he may license others if his application is accepted, he said. Gershtein said:

“If, for example, the state says it wants to produce…then we will give the state the Mercedes trademark. And there is nothing wrong with that.”

He said he is yet to hear from the companies demanding he pulls back his application. Adidas and P&G declined to comment. Mercedes Benz did not respond to requests for comments. 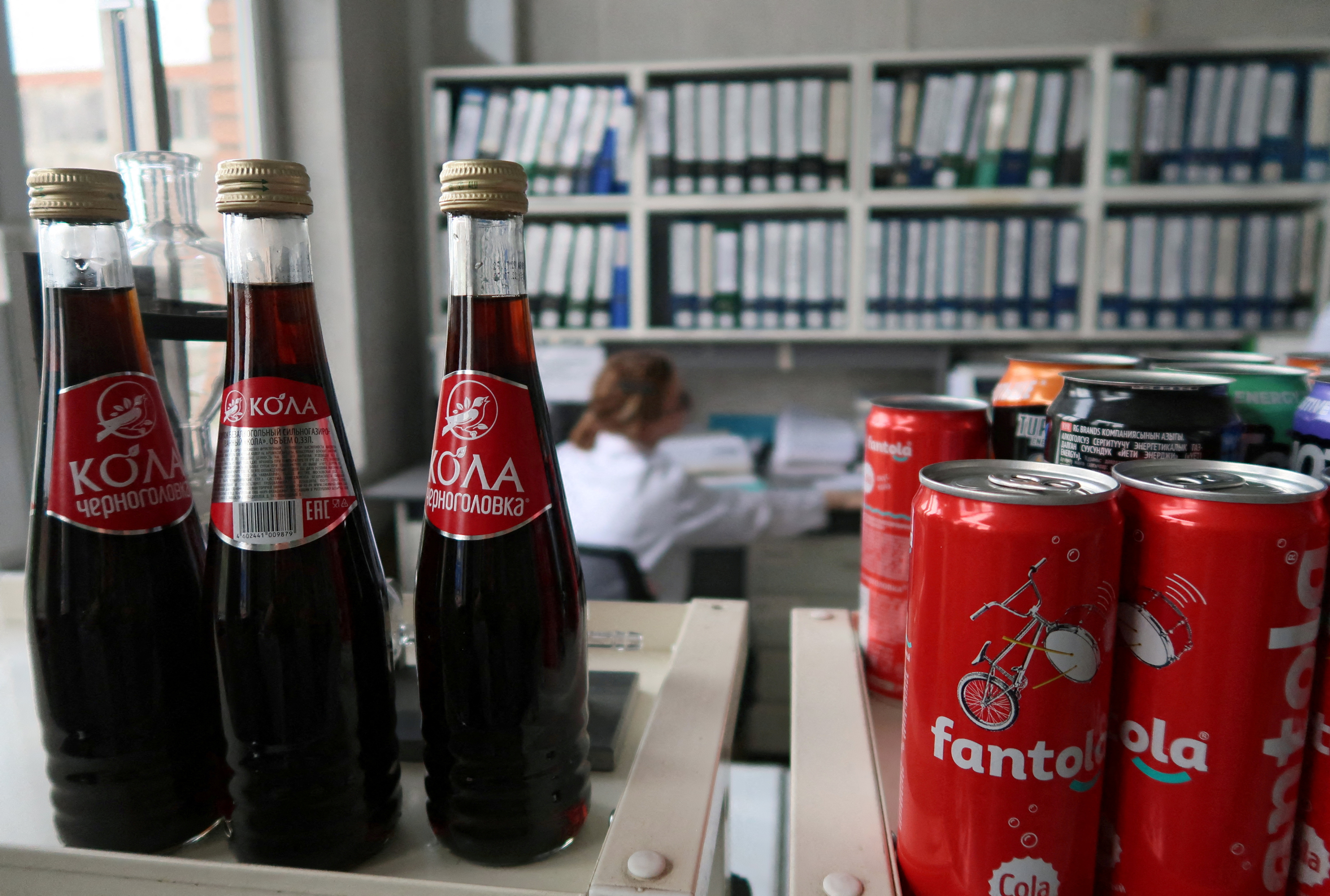 Coca-Cola has until now mostly failed to have a Russian judge favor it in cases against grey-market sodas shipped from the United States, and rivals with nearly similar names such as “Fantola,” which have flocked the market.

Importer Pivoindustria LLC has been able to sell thousands of cans of pineapple and peach and Coca-Cola Cherry – although the government has not put sodas on the list of goods allowed for parallel imports.

Pivoindustria purchases the sodas in U.S. Walmart and Costco stores and is thinking about importing more, a company executive said. The latest shipment reached Russia in April, said Maxim Sosov, a lawyer for Pivoindustria.

Coca-Cola is pushing for a judgment against Pivoindustria, after unsuccessfully attempting to order customs to stop the soda shipments, Sosov said.

“(The judge) understands parallel imports are good because they are competition, cheaper price, and it is better for consumers,” Sosov said, adding that they also help advance Russian businesses.

Coca-Cola has petitioned the court’s decisions and has said it “protects its goodwill and reputation where third parties seek to trade off the company’s renowned, worldwide” brand.

Reuters could not be at a court hearing on one of the three cases Coca-Cola lodged against Pivoindustria since the Atlanta-based company gained favor from a judge to limit public access, a move that Sosov said was illegal.

A lawyer for Coca-Cola said the information being assessed in the hearing was “not publicly available” and she could not openly defend her arguments for effecting a judgment on Pivoindustria. Coca-Cola refused to comment on the closed case.

Coca-Cola in April also put in an appeal for the decision of a Russian court to allow beverage company Chernogolovka’s “Fantola” brand ahead of the war in Ukraine, court documents showed.

“This should, in normal times, be an easy win for Coca-Cola,” said Peter Maggs, a research professor at the University of Illinois College of Law and expert on Russian law. “At this point, Chernogolovka’s only possible argument is that Coca-Cola has abandoned its mark.”

An executive with Chernogolovka told Reuters, however, that “we have already won this lawsuit several times over…in several countries, not just Russia.”

“We continue to insist that what we are doing is not misleading for the consumer,” its CEO Natalia Sakhnina said, arguing that Chernogolovka has never used anyone else’s names, designs, recipes, or fonts.

“‘Fan’ is in both words…it is also in ‘fantastic,'” Sakhnina said.

Chernogolovka is after a 50% stake in Russia’s close to $9 billion soft drinks market since Coca-Cola is shrinking operations, Reuters has reported. The company began producing Cola Chernogolovka in May. 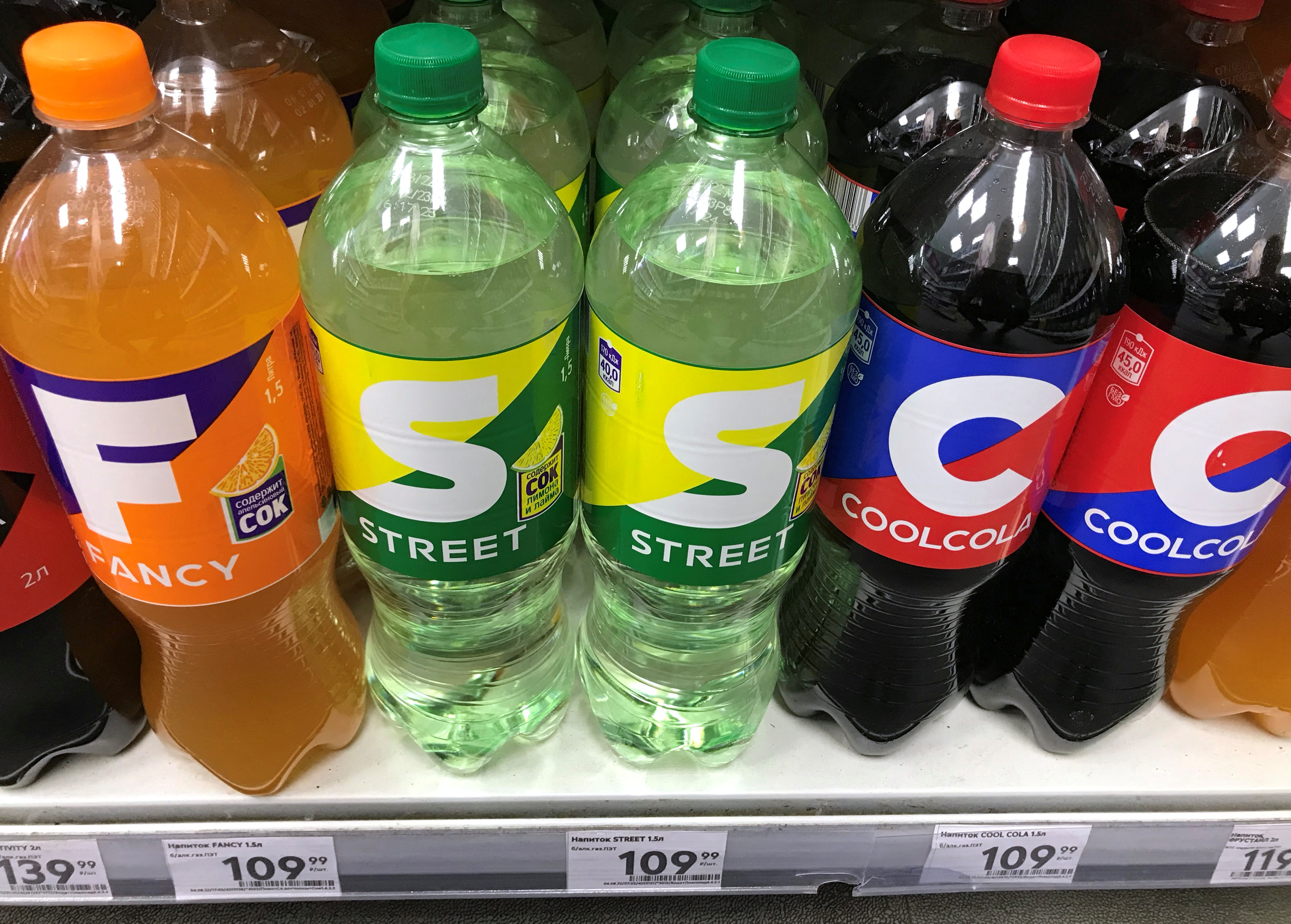 German confectioner Haribo, popular for its “gummi” bears, in June put in a notice of opposition with government authorities against an application to use the name “Russian Haribo” in Cyrillic letters, said spokesperson Jennifer Millns.

An entrepreneur in May asked for approval to use McDonald’s red sign and golden arches, emblazoned with “Mother’s Borsch” in Cyrillic, for bars and cafes, according to a filing obtained by the law firm. In June, another entrepreneur requested permission to use sports footwear brand New Balance in Cyrillic letters, according to another filing.

McDonald’s Golden Arches logo was noticeable and its flagship Big Mac hamburger was still available for purchase at several franchised locations months after the chain first shut down in March. New Balance and McDonald’s did not respond to requests for comment.