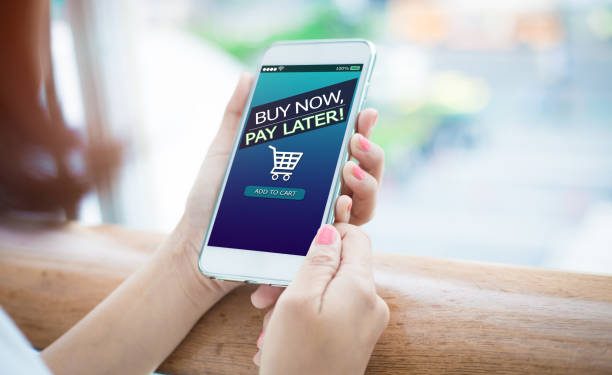 After a quick jump during the pandemic, the buy now, pay later (BNPL) business is facing a future darkened by worsening economic conditions, looming regulatory crackdown, and competition from the likes of Apple and bank credit card issuers.

At least, that’s the general wisdom. Since the federal Consumer Financial Protection Bureau (CFPB) launched an investigation into the industry in 2021, regulation has generally been conceived as a “backlash” and threat to the industry’s growth.

A research note published on July 10 by Goldman Sachs analyst Michael Ng, which begins coverage of Affirm Holdings with a neutral rating, discovers that “the evolving US BNPL regulatory landscape results in the risk of potential regulation that could reduce the pace of consumer and merchant adoption.” 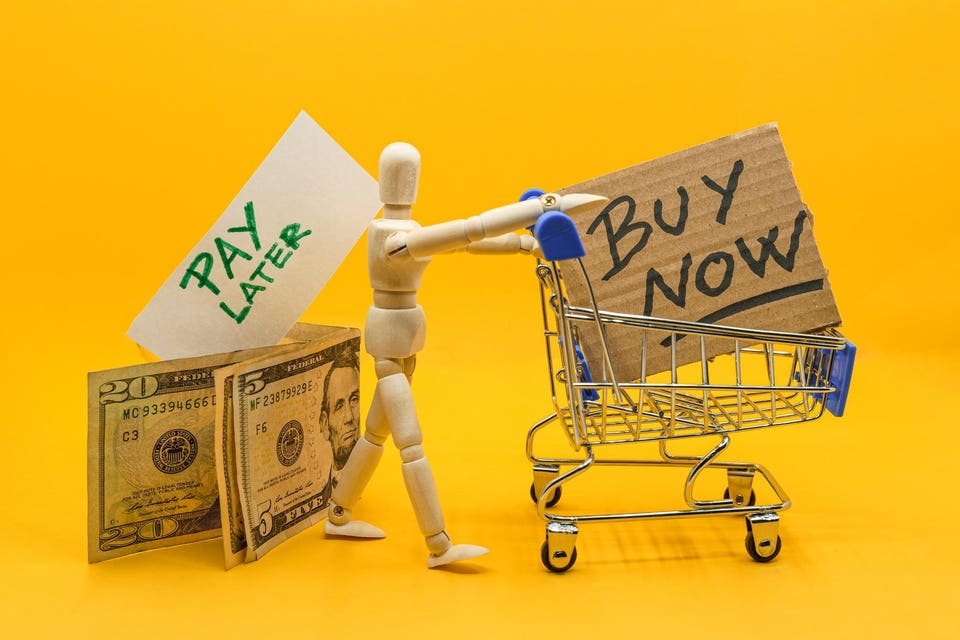 However, a deeper look indicates regulation could actually be beneficial to the leaders in the American BNPL sector. While BNPL has been around in the US for more than 10 years, it shot up during the pandemic.

It was boosted by a surge in online spending, payment volume for companies offering to distribute purchases into interest-free installments grew 230% from January 2021 through July last year, and accounted for 2.4% of all online retail purchases (and 12% of online fashion spending) last year, according to an Accenture report compiled by BNPL firm Afterpay. BNPL’s global e-commerce market share is estimated to have doubled by 2024.

Thus, the CFPB’s announcement last December that it was launching an investigation into BNPL clearly rocked the boat. After all, most large forms of consumer lending in the U.S are monitored by one or more federal and/or state laws.

Traditional bank loans are monitored by the Federal Truth In Lending Act (TILA), going back to 1968. The CARD Act, approved by Congress in 2009, sets further limits on credit card providers’ lending and advertising practices. And high-interest rate “payday loans” are monitored by most states, with some jurisdictions banning them completely.

There is no prevailing federal-level regulatory framework particularly developed for BNPL, which industry insiders say has promoted a perception that the industry is not monitored at all. But BNPL is currently covered by federal and state lending laws, and has been throughout its existence. 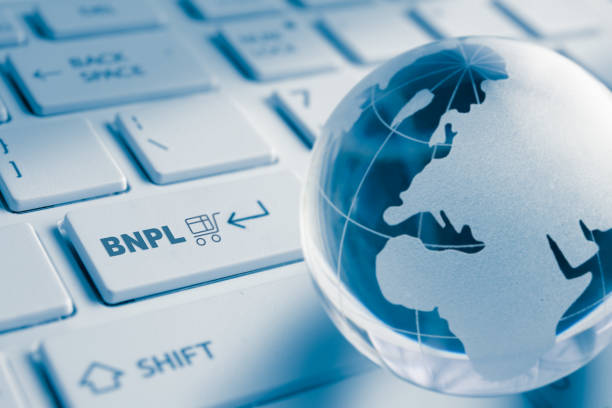 That is the reason why the existing regulatory scrutiny is expected to have only a small impact on large BNPL firms’ operations or lending practices, industry sources suggest. In fact, it could actually assist BNPL to expand further—and grow up—by restraining the practices of some marginal players and creating an impression among consumers that it is a safe, regulated business.

The majority of BNPL plans are not overseen by TILA because they charge users in four installments, just below the five-installment threshold where TILA operates. However, a variety of state laws need BNPL firms to obtain lending licenses in many U.S. states, which enforces stern requirements in terms of disclosure and setting fees and interest payments.

Furthermore, BNPL providers are prohibited from exercising Unfair, Deceptive or Abusive Acts or Practices (UDAAP) under the 2010 Dodd-Frank Act, which offers federal regulators plenty of leeway to crack down on defrauding or predatory BNPL lending.

Kim Holzel, a veteran of the CFPB who is now a partner with law firm Goodwin Procter, advising fintechs and banks, stated:

“I’ll be surprised if [the CFPB] comes out with a very specific BNPL regulation. They have rules to regulate this now if they want to. They’ve stretched [UDAAP] pretty far, so I don’t even think they need to reach rulemaking in order to regulate this space at all.”

BNPL lenders have encountered legal action in the past. Klarna was sued in a California class-action case in which it was prosecuted for not revealing the risks of its customers arousing overdraft or NSF (non-sufficient fund) fees from their bank if they were automatically charged for a BNPL purchase while keeping a low bank balance.

A positive consequence of intensified regulatory scrutiny could be a reputational push for the industry’s major players disadvantaging their smaller competitors. Industry leaders like Afterpay and Klarna earn well over 90% of their revenues by collaborating with online merchants. These firms do not impose interest on customers for their basic “pay in four’ plans. However, they do charge fees for some of their longer-term financing plans.

Nevertheless, upstart competitors who are unable to clinch lucrative merchant partnership deals are left with acquiring fees as their main source of income. For instance, Chillpay, established in 2019, imposes a standard late fee of $4 per late payment, and another $4 if the late payment is not paid within a week.

Australian BNPL firm Openpay, which recently disclosed it was terminating its operations in the US, charges variable “plan creation” and “plan management” fees with each BNPL purchase. Establishment banks are starting to promote BNPL products, but those come with ties as well–Chase’s BNPL offering does not impose late fees or interest, but asks for a fixed monthly fee to use.

“Some of the companies that look like they have smart rules take shortcuts to get ahead of their competitors. That may be their undoing,” says Tony Alexis, former Head of Regulation at the CFPB and also a partner at Goodwin Procter.

Nikita Aggarwal, a lawyer and fellow at the Harvard Kennedy School’s Carr Center for Human Rights Policy who coordinated an off-the-record roundtable for BNPL industry leaders in early 2022, said representatives of large American BNPL firms spoke positively about regulation in the sector at the event.

One firm said that stronger regulatory standards could help to keep out smaller firms with more wolfish lending practices and might enhance the industry’s reputation in general. Ironically, new rules could help the large BNPL companies against not only the small competitors, but the major banks as well.

“There are a lot of other competitors coming into the [BNPL] space. We see traditional credit card companies coming into the market and calling their product BNPL when there are finance charges or other types of fees that are baked in there. It’s not truly a BNPL product when there are those types of charges involved. That’s one of the things that we’ll likely see: a clarification of what [BNPL] products are and what they are not.”

A major outcome of the regulatory attention paid to BNPL will be an overhaul of how BNPL purchases allow for the credit reporting process–a possible bonus for both the industry and its customers. No large BNPL providers currently disclose users’ data to credit bureaus, since the infrastructure for examining BNPL spending is lacking.

If BNPL firms were to submit consumer data, the three leading credit reporting agencies would handle BNPL purchases like any other form of credit, which could unusually harm users’ credit scores–even when they pay on time–as determined by FICO.

Within the existing reporting infrastructure, a $200 BNPL purchase that was settled over 2 months in full and on time would have a similar effect as opening a credit card with a $200 credit limit, maximizing it immediately, paying for it in 2 months and then canceling it–behaviors that would hurt someone’s credit score, as estimated by market leader FICO.

That’s because a credit score is lifted by having a low credit utilization rate (meaning not maxing out a credit card limit) and by having long-term accounts. On the other hand, opening very many new accounts can damage your score.

A regulated system for includes BNPL credit files and FICO scores would help the industry by enabling customers to boost credit through BNPL purchases and realize how BNPL spending impacts their credit score. BNPL providers including Affirm, Klarna, and Afterpay have partnered with the three major credit bureaus to create a uniform BNPL credit reporting system for more than a year.

“We want to wait [to report users’ BNPL data] until there is a clear sense of what the outcome is going to be on consumers’ credit scores. We want to make sure that what we’re doing … accurately reflects the on-time repayment history that we see from our customers.”

Examining historical precedent in Australia reveals the effect of the regulatory process on BNPL. In Australia, an early supporter of BNPL where one-third of citizens say BNPL is their favored payment method, policymakers and newspapers started conversations about regulating BNPL in early 2021. 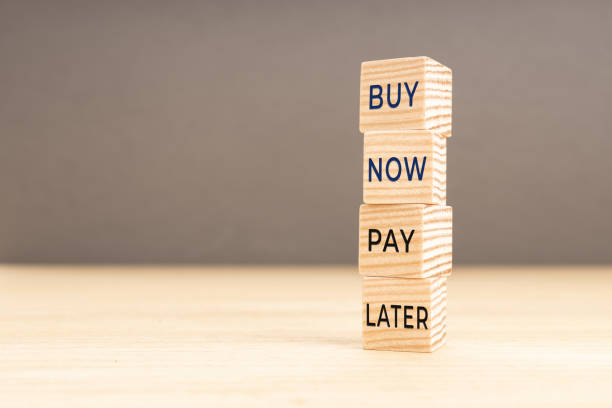 Even though Australian BNPL loans are not affected by a 2009 national consumer credit protection act—just as American BNPL does not normally fall under the scope of TILA— they do fall into a 2001 securities and investments act that provides regulators with authority to interfere in cases of “significant consumer detriment,” comparable to the indefinite UDAAP guidelines that allow American regulators to go after BNPL.

The industry response to the regulatory question in Australia was quick and unanimous: this March, a coalition of many large Australian BNPL providers wrote and approved an industry code of practice, productively self-regulating their business remarkably than prevailing law.

Although the existing Australian government is reanalyzing the question of national-level regulation, the initial conversation did not significantly alter BNPL business practices in Australia and instead created a common code of conduct.

While American regulation could eventually boost the BNPL giants, the industry still experiences its share of snags. New entrants such as Apple repress the market share of developed firms. Klarna, which just dismissed 10% of its global workforce, recently declared a fundraising round at just a $6.7 billion valuation, an 85% drop from its $45.6 billion valuation in June last year.

The BNPL business model has not normally been a successful one in the American market. An analyst for Jefferies told Forbes that the bank didn’t expect Affirm would make any profit for at least 2-3 years.

“My prediction that the big shakeout is going to be who survives the economy. The biggest thing you’re commoditizing is consumers, and if consumers are falling into debt, then they may not continue to go into debt and just withdraw from the market. Some companies really need people to buy goods.”