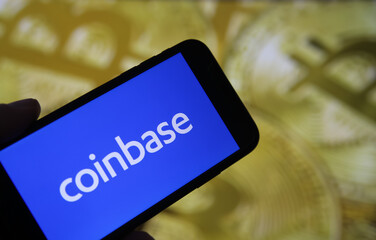 Coinbase said that it was not selling its users’ data and mentioned that it only offers information for investigations of financial crimes. Coinbase crypto exchange denied reports claiming that the firm is selling its client information to the United States Immigration and Customs Enforcement (ICE). ICE is an agency that works under the nation’s Department of Homeland Security.

The exchange clarified that it was not selling any of its users’ data and mentioned that it only offers information for investigations of financial crimes.

On June 30, news that Coinbase has been offering geolocation data to ICE circulated online. Due to that, Twitter users like Solobase Mac were shocked and noted that they “didn’t sign up for that.” They tweeted:

Now why would they be doing that? So basically invasion of privacy. Sells with out knowledge? They will be owing me 10 million for that one. I didn’t sign up for that. What the hell could this be real or false. Man so much running through my head right now.

In an official statement on Twitter, Coinbase clarified that the company “does not sell proprietary customer data.” The exchange insisted that its foremost priority is giving a safe and secure experience to the users on its platform.

Moreover, the crypto platform has also explained that its Coinbase Tracer tools are designed to comply with government needs and stipulations. Coinbase said that this is used to investigate finance-related crimes like terrorist financing and money laundering. Based on a report by the exchange, the information they offer to the government comes just from public sources and not from any Coinbase user data.

Last September, Coinbase struck a deal with the ICE for developing software packages for the government agency. Their agreement compelled the exchange to offer “application development software as a service” to the ICE in exchange for about $1.36 million.

Despite all the setbacks arising from the current crypto winter, Coinbase is aiming to grow its operations in Europe. The exchange has started hiring staff in Switzerland and is licensed to operate in nations like Ireland, Germany, and the United Kingdom.

In the past week, credit rating company Moody’s downgraded Coinbase’s Corporate Family Rating (CFR), which is the company’s opinion on Coinbase’s capability to pay its financial obligations. The rating firm also downgraded the exchanges’ guaranteed senior unsecured noted, which is debt that is not backed by any form of collateral assets.