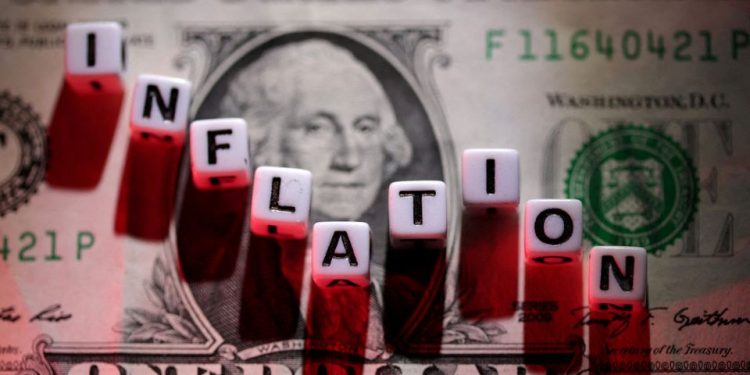 World Bank chief economist Carmen Reinhart said she is pessimistic that the U.S. and global economies can avoid a recession, given scotching inflation, sharp rises in interest rates, and decelerating growth in China.

Reinhart, who goes back to Harvard University on July 1 after a two-year public service leave, said it was historically difficult to slow down inflation and devise a soft landing at the same time, and recession risks are evidently a “hot topic” currently.

“What worries everybody is that all the risks are stacked on the downside,” Reinhart told reporters in a remote interview, citing a string of aggressive shocks and moves by the Federal Reserve to hike interest rates after a decade and a half of ultra-low and negative rates.

The global financial crisis of 2008-2009 hit mainly a dozen developed economies and China at that time was a huge engine of growth, but this crisis is far wider and China’s growth is no longer in the double digits, she said.

The World Bank this month reduced its global growth estimate by almost a third to 2.9% for 2022, warning that Russia’s invasion of Ukraine had increased damage from the COVID-19 pandemic, and many countries are currently facing recession.

It said global growth could drop to 2.1% this year and 1.5% next year, pushing per capita growth almost to zero, if downside risks occurred.

Asked whether a recession could be averted in the United States or globally, Reinhart said:

“I’m pretty skeptical. In the mid-1990s, under (Fed) Chairman (Alan) Greenspan, we had a soft landing, but the inflation concern at the time was around 3%, not around 8.5%. It’s not like you can point to a lot of episodes of significant Fed tightening that haven’t taken a toll on the economy.”

Reinhart said Biden’s leadership was not alone in miscalculating the extent of the inflation risk, noting that the International Monetary Fund, Fed, and others had shared that sentiment, although the World Bank previously called it a “real risk”.

“The Fed should have acted – and I’ve been saying this for a long time – sooner rather than later and more aggressively. The longer you wait, the more draconian the measures you have to take.”