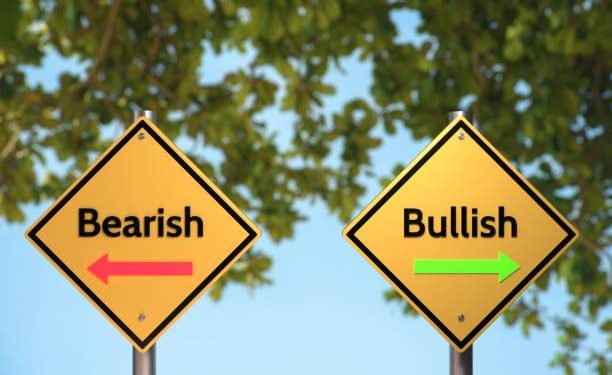 After a steep fall on Friday and Saturday, the crypto markets made a decent reversal on Sunday going into Monday. In general, the crypto markets seem to be moving lower in steps. They managed to make a strong bearish reversal in November 2021 that continued until January. That episode was then followed by a retracing period in March.

In April, the drop resumed again while in most of May the digital coins consolidated once more. Nonetheless, the bearish momentum resumed once more earlier this month and on June 18, Bitcoin crumbled to lows of $17,749, while Ethereum dropped to levels below $900. The drop by the two major cryptos accelerated a sell-off in the general crypto market.

The two biggest and most popular cryptos were down by over 35% at some point in the past week, as both broke below psychological barriers of $20,000 and $1,000 respectively.

Bitcoin Remains Above $20,000 After The Drop

That is the latest sign of turmoil in the crypto space amid massive turbulence in the financial markets. Investors seem to be selling off riskier assets as central banks keep raising their interest rates with the pretext of combating the surging inflation.

Although it is not working as prices keep surging, instead, it is just sending economies into recession. Now there are calls for crypto regulation as a result of the explosive volatility, which still lacks any reasoning.

On June 17, US Treasury Secretary Janet Yellen insisted that the United States Congress has to take action on digital asset regulation. Apart from her, Bill Gates also stated that the crypto market is based on the “greater fool” theory, which again is not true.

That is the foundation for a decentralized financial market where the people involved can lend and borrow from one another, without having to involve intermediary banks, and earn the benefits for themselves.

But, the worries surrounding crypto markets continue as the pressure remains bearish in general. Sunday’s reversal in the crypto space is not happening today. Hence, buyers still appear weak and uncertain. However, let us wait until the end of today and see whether the markets can pick up the bullish momentum once more.