Anonymous Culture In Crypto Seems To Be Losing Relevance 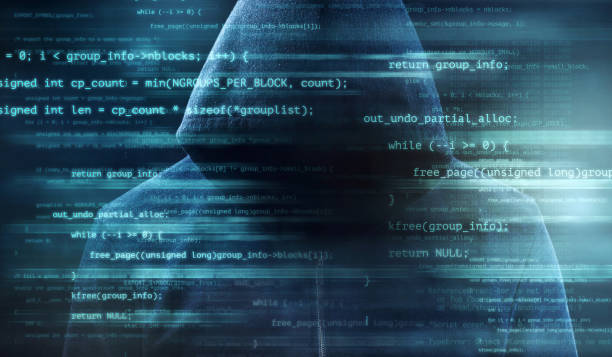 Even though anonymous teams have created some of the leading networks in crypto, most of the new participants in the ecosystem are using their real identities. Crypto has inherited most values that were popularized in the early days of the internet.

Most of the participants in the nascent space have remained anonymous since the start of Bitcoin (BTC) because using digital money provides a certain level of anonymity provided that nobody knows the public address of the user. The real identity of its creator, Satoshi Nakamoto, remains unknown up to today.

The most recent wave of innovation mainly spearheaded by decentralized finance (DeFi) and nonfungible token (NFT) projects has some anonymous teams that maintain their primary aim and right of remaining unknown.

0xngmi, the founder of DeFi analytics dashboard Defi Llama, unleashed a bug bounty on his identity. Instead of giving out this quest to find any existing vulnerabilities in the DeFi Llama code, he offered 1 Ether (ETH) to anyone who could reveal his identity with an extensive explanation of how they found out. So far, nobody has managed to unmask his identity at the time of publication.

Furthermore, 0xngmi has also been educating anyone who wants to become anonymous with a guide on “How to stay anon,” a collaborative document that enables contributors to add and edit to improve its content.

Navigating through Crypto Twitter, there are many pseudonymous “celebrities” that, based primarily on the reputations they have created, have a digital persona with a considerable number of followers.

Another notable account that remains anonymous on Twitter, The DeFi Edge, tweeted reasons why they decided on keeping their account anonymous. The founder of the eponymous DeFi analysis site does not intend to reveal their identity for now, but has dropped some minute details:

Why I've chosen to remain anonymous for now, and why I might semi-doxxed myself later: pic.twitter.com/OGZLmU9Nte

As the sector rebrands to Web3 and a wide array of talent is getting attracted into the ecosystem, a bigger number of participants in this space have decided to take an entirely different approach. They are now in a position to later show a variety of characteristics of their physical persona to become just pseudonymous or unveil their real identity altogether.

After the recent Terra collapse in May 2022, the BBC reported that a man presented himself at Do Kwon’s home in Seoul just to find his wife answering the door. The 30-year-old founder of Terra has been quite active on Crypto Twitter, using his true identity to promote his protocol and communicate with the general community in these times of crisis.

Having his identity known to the public may have helped him convey some trust to the investors and the entire community. However, it also exposed him to various threats in real life. Situations like these are some of the main reasons why most of the entrepreneurs in the industry remain anonymous.

In a continuous struggle between the open flow of information and maintaining the privacy of the person, protecting anonymity and avoiding getting doxxed has now become an integral issue of the new cultural and technological revolution that is happening in the online society.

One of the largest controversial identity reveals was when journalist Kate Notopoulos authored an interesting article titled “We found the real names of Bored Ape Yacht Club’s pseudonymous founders,” where she showed the identities via publicly available records that are associated with Yuga Labs.

Normally known as a hostile action through the internet, doxxing is meant to insinuate the ability to get a person or an organization and reveal their private information. Although this term is coined by extreme groups as a means of threatening and intimidating marginalized persons online, the term doxxing now blends into the meaning of showing an identity without any extremist connotations.

0xngmi gathered some findings recently that connected Charlotte Fang as the person behind the Miya anonymous account. The Milady Maker NFT art project founder supposedly used the pseudonymous online profile to spread some hate speech toward minorities via social media.

After she was recognized as the person operating the pseudonymous account purportedly linked to an online cult, Charlotte was forced to step down from the project as Milady Maker’s floor price imploded.

Decentralized autonomous organizations (DAOs) have now opened the door for a majority of the participants to contribute to the governance of a project while still remaining anonymous. Either to avoid regulation or for safety reasons, most of these projects have anonymous contributors and founders. This has always been the norm in recent years.

One pseudonymous account on Twitter, Grug, told reporters his reasons for remaining anonymous as CapitalGrug and the increased value of being judged only on ideas and performance:

“I think the main reason that I chose to be anonymous is so that I can participate in and help maintain the same type of irreverent culture that I found so cool about crypto from the start.”

Most of the good actors in the industry have remained anonymous, which brings value to communities and projects by not having other defining characteristics influence people’s perceptions of the person. Being anonymous is the path for people that require a fresh start, but it can also have the effect of letting malicious actors infiltrate the space.

In January 2022, the real identity of founder of Defi protocol Wonderland, 0xSifu, was revealed as the co-founder of now-defunct crypto exchange QuadrigaCX, Michael Patryn.

The co-founder of the scandal-ridden crypto exchange had been sentenced to 18 months in a US federal prison for identity theft related to credit card fraud. Patryn is not his real name; after the prison term and previous to launching QuadrigaCX, he allegedly changed his name from Omar Dhanani.

The Wonderland protocol imploded with that news and the debate of whether anonymous teams should be left to handle massive amounts of money took the center stage. Even the co-founder of Wonderland, Danielle Sesta, insisted that he expects the anonymous teams to lose relevance in favor of the teams that have their full identity known.

Though with the transition toward transparency in crypto in recent years, the anonymous culture is still significantly strong. One does not need to remain entirely anonymous in the space, as Grug explained:

“Our fund is all anon for instance, although we have all doxxed to one another. When I go to events and people whip out their phone to follow me on Twitter they are usually anonymous.”

Identity, whether it is anonymous or public, is a delicate subject that everyone struggles with. Finding the right balance between entirely anonymous and a public identity will be critical to a more rich and diverse crypto community.

Up to this point, the anonymous culture in cryptocurrency has proved to bring in some positive value, as it mitigates biases and enables people to express themselves fully. Criminals and bad actors can take advantage of this phenomenon to pursue a new start that can be highly dangerous if they act maliciously repeatedly.

However, in case they become healthy contributors to an ecosystem and offer some real value to the community, it may prove that people deserve a second chance.