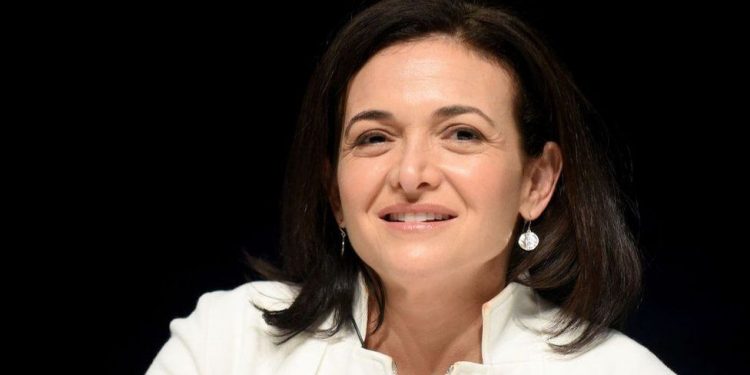 Sandberg joined the company in 2008 and will resign from the company this fall, although she will remain on Meta’s board.

Sheryl Sandberg, the chief operating officer of Facebook and its parent company Meta, has declared she will resign, finishing 14 years in the job that made her one of the most influential figures in the tech world and saw the company survive a rapid growth and multiple controversies.

Sandberg revealed the move in a post on her Facebook page on June 1, adding that she was not certain what the future has in store for her but intends to focus on her foundation and philanthropic work from now on. She wrote on Facebook:

“When I took this job in 2008, I hoped I would be in this role for five years. Fourteen years later, it is time for me to write the next chapter of my life.”

She said that she will resign this fall, but will remain on Meta’s board and commended Meta founder and chief executive officer Mark Zuckerberg for his support, saying:

“Sitting by Mark’s side for these 14 years has been the honor and privilege of a lifetime”.

In his Facebook post, Zuckerberg called it “the end of an era” and said Sandberg “deserved the credit for so much of what Meta is today”. He added:

“When Sheryl joined me in 2008, I was only 23 years old and I barely knew anything about running a company … Sheryl architected our ads business, hired great people, forged our management culture, and taught me how to run a company.” 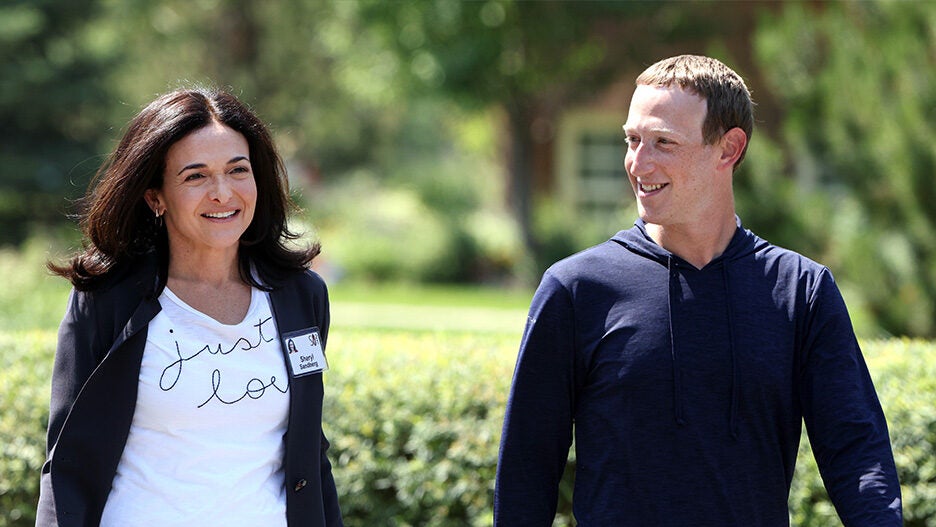 He said that Sandberg’s position would not be filled, and disclosed revamping of current roles at the company.

Sandberg has been one of Facebook’s most distinguished public faces since her appointment in 2008, creating its policies and managing responses to the myriad public controversies the company has combated.

The billionaire executive managed the company’s advertising business and was in charge of nurturing it from its infancy into a Silicon Valley giant. She joined four years after its launch to be “the adult in the room”, analysts have said, seeking to help steer the company through the scandals that occurred along with its massive user growth.

She immediately got fame as one of the most noticeable and most influential female executives globally, with past positions at the Clinton administration and Google. In 2013 she issued her female empowerment manifesto Lean In.

More recently, she has supervised operations as the company suffered a financial downturn amid a move away from its key social media platforms into virtual reality.

Facebook rebranded in October last year to Meta, indicating its shift into VR after a series of challenging years. Zuckerberg has bet big on his expectations for the “metaverse”, an expanded and virtual reality space where people can socialize through avatars in a shared world.

The company has set aside $10bn for the metaverse over the next year and intends to constantly spend more in coming years, Zuckerberg revealed last year. However, Meta has grappled with the transition, registering a record $230bn loss in market value after a gloomy earnings report in February.

That report also disclosed that Facebook had seen its first-ever slump in daily user numbers. The company is improving efforts to maintain young users – a key advertising demographic that has been exiting Instagram and Facebook in crowds to platforms such as TikTok.

Zuckerberg said on June 1 that Javier Olivan, the vice president of central products, will be given a promotion to chief operating officer and assume some of the advertising-related responsibilities previously under Sandberg’s purview. Justin Osofsky, Instagram’s chief operating officer, will now manage AI-trained content production across platforms.

“Meta has reached the point where it makes sense for our product and business groups to be more closely integrated, rather than having all the business and operations functions organized separately from our products.” 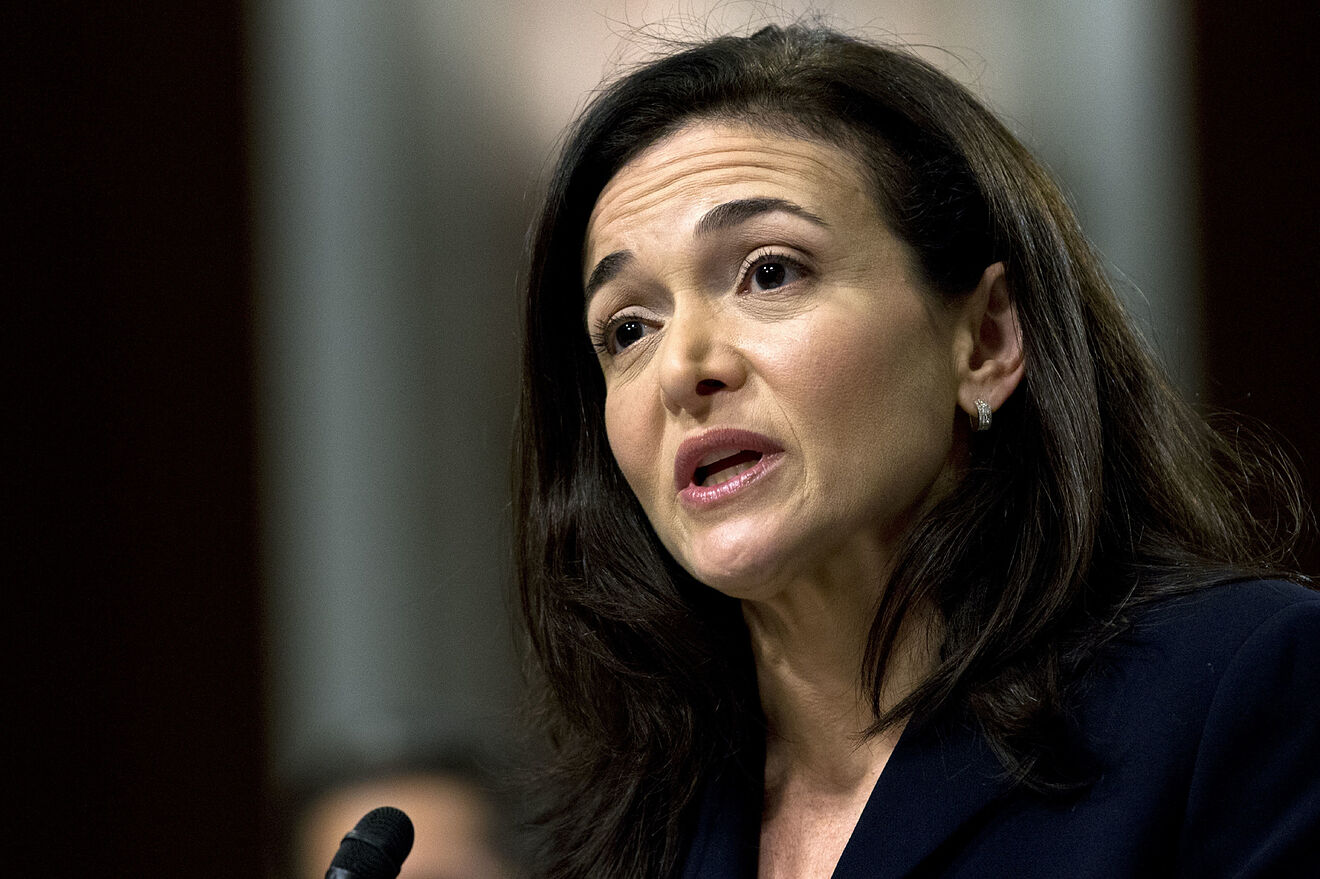 Most recently, Facebook and Sandberg were under increased scrutiny after documents disclosed by the whistleblower Frances Haugen were handed over to Congress and circulated by several news outlets.

The documents disclosed the extent to which Meta knew about the destructive spread of misinformation and hate speech on its platform that it was hesitant to ban conservative news organizations for fear of enraging the Trump administration, and how it strained to control human trafficking operations advertised on Instagram.

It also disclosed internal studies that showed severe mental health effects of the platform on teens. Sandberg cited in her departure letter the ways the tech landscape has advanced since she started at the company.

“The debate around social media has changed beyond recognition since those early days. To say it hasn’t always been easy is an understatement. But it should be hard. The products we make have a huge impact, so we have the responsibility to build them in a way that protects privacy and keeps people safe.”

As backlash escalated over the whistleblower documents last year, Zuckerberg and Sandberg refrained from making public remarks on the revelations, instead leaving Adam Mosseri, the head of Instagram, and Nick Clegg, the vice-president of global affairs, to manage the official response to the revelations.

Sandberg’s behavior at Facebook has been reviewed in the past. She reportedly asked Facebook staff to audit George Soros’s finances after he condemned the social media giant and she was called before Congress in 2018 to attest about manipulation and misinformation surrounding the 2018 elections.

Recently, it was discovered that she allegedly forced the Daily Mail to drop unbecoming stories about her romantic partner Bobby Kotick, the CEO of Activision Blizzard. Caroline Nolan, Meta’s spokeswoman, said the matter has “nothing to do with Sheryl’s decision to step back from the company”.

Sandberg, who lost her husband Dave Goldberg abruptly in 2015, said she is “not entirely sure what the future will bring”. She stated:

“But I know it will include focusing more on my foundation and philanthropic work, which is more important to me than ever given how critical this moment is for women.”

Furthermore, she added that she is also wedding this summer, and that parenting their enlarged family of five children will also be a part of this future.