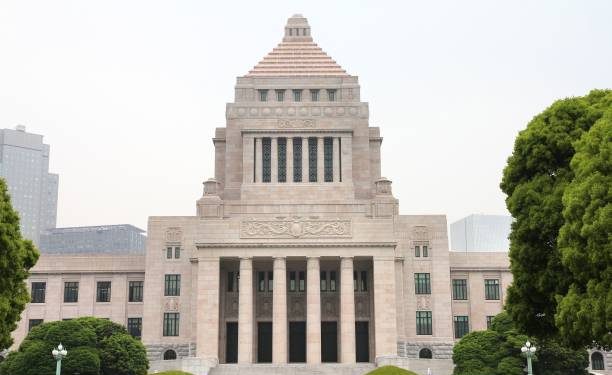 Stablecoins are described as digital currencies that are linked to underlying assets, such as gold, and fiat, and in some cases bitcoin is used for the case of algorithmic stablecoins like Terra Luna. They help in maintaining price stability by linking to external assets.

They are the second generation of cryptos, well-designed to keep the value stable compared to the general markets. Nonetheless, the tokens have come under intensive scrutiny by regulators mostly after the collapse of TerraUSD.

The Japanese Parliament passed a stablecoin bill into law. This bill recognizes stablecoins as digital money, which makes Japan the first major economy to establish a legal infrastructure for cryptos. Based on the new law, they have to be denominated in yen or any other legal currency and have to assure redeemability at face value.

Currently, Japan is among the most crypto-friendly nations, with thriving adoption by retail and institutional investors. Starting in 2023, the new legislation will be in force. Japan is trying to protect all investors from the volatile crypto market as crypto use and adoption grow in the Asian nation.

The recent collapse of LUNA and UST triggered a massive sell-off across the crypto space. This crash caused the collapse of Tether’s peg to the US dollar. In the process, investors lost billions of dollars and governments are now rushing to pass rules that regulate stablecoins.

Japan’s Financial Services Agency is now expected to release rules and regulations for the stablecoin developers within the coming months that would enable them to approve just the authorized businesses and banks. In July 2021, FSA called for more regulation on them.

There are several benefits that they offer users. First, they offer a dependable way to hedge against the volatility of the other cryptos. That is due to their value that is pegged to another asset, like the US dollar.

Secondly, they can be used to make various payments since they are less likely to fluctuate in value as the other cryptos do. They also can be used as a store of value because they can retain value over a long time.

The legal definition states that stablecoins can only be developed by registered money transfer businesses, licensed banks, and trust firms. These rules do not address the current asset-backed stablecoins that are issued by foreign companies like Tether or their algorithmic group. In Japan, cryptocurrency exchanges are not allowed to list any stablecoins.

Stablecoins Can Help Bring In More Institutional Investors To The Sector

This new legislation is perceived to be a viable method of attracting more institutional investors into the crypto space. It offers more clarity and certainty around the regulatory environment. Furthermore, the new law will assist in the protection of investors from the volatility that dominates the crypto industry. They are integrated and pegged to an external asset, like the US dollar.

Mitsubishi UFJ Trust and Banking Corp are getting ready to launch its proprietary currency, Progmat Coin after the law goes into effect in 2023. The Progmat Coin will be wholly backed by the yen and kept in a trust account. It will also guarantee repayments of the full value in case of anything and when needed.

The passage of the new legislation is a positive development for the crypto sector. It indicates that the Japanese government wants to work with the nascent digital currency industry. Moreover, governments around the world also are working on stablecoin regulations to protect investors against any incidents like the one that plagued LUNA in May 2022.

In that context, the UK and the US are striving to create viable stablecoin regulations. US Treasury Secretary Janet Yellen has called for legislation that regulates stablecoin operations in the country.

Meanwhile, the UK is now considering regulating stablecoins for domestic use. Based on a Treasury Department official announcement, digital assets might be regulated and recognized as legal tender in the nation.