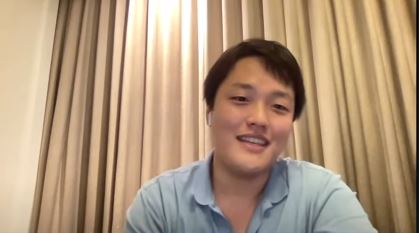 An old video has come up showing Terra Founder Do Kwon talking about The Kill Switch for the LUNA Network. The Terra ecosystem is still reeling in the wake of the recent price crash that affected UST and LUNA.

The community is still waiting for Do Kwon’s team to implement a functional solution to restore the network to its past glory. Previously, Luna was among the top 20 best cryptocurrency networks in the sector. Today, it has dropped to position 222 in the charts with a price of $0.00019.

In that context, an old video of Do Kwon discussing Terra has come up and threw a spanner in the works. In that video, Kwon is heard saying that Terra has a kill switch for the network. According to the video, he referred to it as a “Protocol Armageddon.”

Do Kwon is seen and heard in the video explaining how the kill switch would work. He stated that were the kill switch to be activated, the Terra ecosystem would end in 24 hours. The firm would burn the bridges and cut all ties with everyone after it sold all its assets.

“We have sort of something called Protocol Armageddon at the company. So what Protocol Armageddon is, is that it’s a Kill Switch. So whenever we feel like we’re no longer in a position to be able to best serve the community, we pull the trigger and in 24-hours we’re gone. We burn all of our assets, we cut all of our ties, and it’s nothing. So that’s just in case things move a little bit faster than we’re anticipating.”

That specific clip is now a subject of massive backlash within the crypto community, with many people expressing their disappointment with Do Kwon and his team.

Woah. Do Kwon describing Terra's "Protocol Armageddon" in 2021. "A kill switch" where TFL "pulls the trigger" and disappears from the project after cutting all of their ties – "in 24 hours we're gone." Is this potentially related to what's happening with Terra 2 this week? pic.twitter.com/jFDx0zLcIy

Did Do Kwon Switch Off The Network?

While this video circulates, speculations are abounding on whether Do Kwon projected the collapse of the Terra ecosystem and whether he might have played a major part in it.

In another video, Do Kwon is seen and heard stating that it is exciting to begin from nothing and end with nothing. He refers to it as “the cycle of life.” The Terra founder goes on to say that “that is where I want to be.”

“Apart from Do Kwon saying that Terra has a kill switch, he also said that it’s exciting to start with nothing and end with nothing. Those were when he believed he was in total control of everything happening in Luna and that his tech can only be stopped by him.”