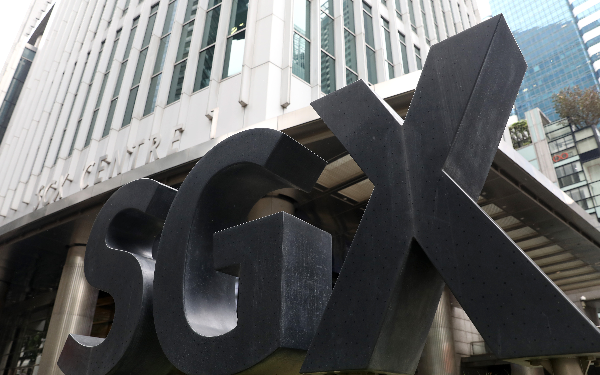 The Singapore Exchange (SGX) has announced its trading numbers for April 2022. According to the investment holding company, it recorded total traded derivatives contracts of 20.8 million, which represents a 19% increase year-over-year (YoY).

In February, SGX recorded DAV of 1.06 million contracts, which is its highest level since March 2021. According to the report, the present conflict between Russia and Ukraine added to the volatility in the market.

While the INR/USD futures volume increased by nearly 22% Month-over-Month (MoM) in March, its USD/CNH futures traded volume surged by 48%.

Market capitalization-weighted index, STI, for SGX exchange fell by only 2% MoM to 3,356.9. Similarly, the securities day average (SDAV) declined by 1% YoY to S1.3 billion in April.

The exchange noted that the slight decline can be attributed to the fall in trading activities in the Asian markets. The markets fell over fears of inflation, after the release of the S consumer price index (CPI) data.

The highly anticipated US CPI data showed the first deceleration in consumer prices in 8 months. However, the US equity markets have been kept on edge, according to IG strategist, Yeap Jun Rong.

The total market capitalization value of the 668 listed companies on the exchange stood at $910.68 billion at the end of April. Also, the total securities market turnover of 25.3 billion was reported for April, over 20 trading days.

While March had a total of 23 trading days, April had 21 days. The monthly market statistics released by the exchange also noted that the securities daily trading volume for cash equities reached $1.27 billion. This represents a decline of 18.21% quarter-over-quarter and a 1.9% fall Year-Over-Year.