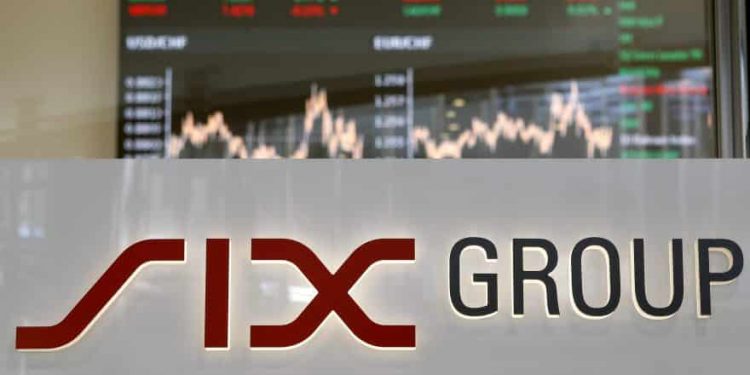 However, the most trade was recorded on April 27, with 290,643, and the highest turnover for the month was generated by NESTLEN with CHF 11.7 billion. Roche GS had 324,279 transactions, making it the most actively traded stock in the month.

The trading turnover for cryptocurrency-based products for the month was CHF 195.2 million. The platform completed a total of 12,775 transactions for 183 products. Ethereum-based ETP and AETH recorded the most transactions and highest turnover, with 1,569 trades and CHF 32.5 million.

The highest turnover for a single day was on March 18 when securities worth CHF 12.1 billion were traded. However, the busiest trading day in the month was on March 7, when 541,922 transactions were recorded.