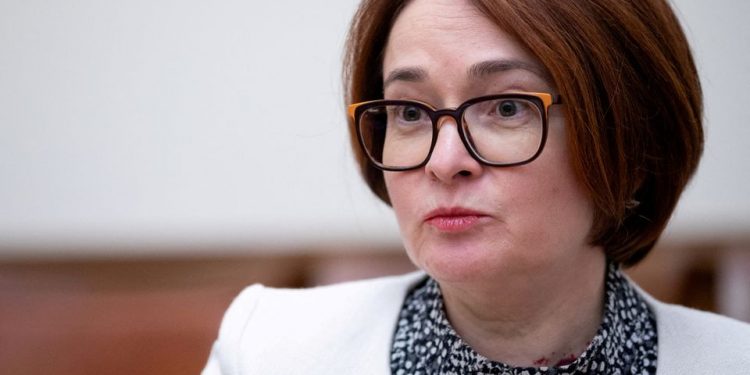 As the economy adapts to the impact of western sanctions, Russian Central Bank Governor Elvira Nabiullina on Monday flagged a further cut in interest rates and said it would take two years to rein back inflation to its 4% target. She said that more budget spending is necessary to assist the economy to adapt to the severe western sanctions as the country heads for its deepest contraction since 1994.

During her most significant speech since Russia invaded Ukraine on February 24, Nabiullina said:

“The period when the economy can live on reserves is finite. And already in the second and third quarter, we will enter a period of structural transformation and the search for new business models.”

She told members of parliament that a surge in prices for certain goods would follow this. Hence, inflation – which hit an annual high of 17% in March – would be above the target. However, the cause of this would be low supply, not high demand.

Putin said on April 18 that Russia needs to use its state budget to help in supporting the economy and liquidity when lending activity has faded. In that context, the World Bank forecasts that the economy will shrink by over 11% in 2022.

Notably, the central bank more than doubled its critical interest rate to 20% on February 28 as the first wave of sanctions hit the nation, before trimming it to 17% on April 8. It is even expected to lower that figure further at the next board meeting scheduled for April 29.

“Therefore, we will not try to return it lower by any means – this would prevent business from adapting. However, the growth of inflation should not be uncontrollable and the bank’s monetary policy would bring it back to the 4% target in 2024.”

The challenge facing one of the world’s most respected central bankers as she seeks to stabilize Russia’s economy under the onslaught of western sanctions was emphasized by the postponement of the bank’s key target.

The bank’s key interest rate was raised by Nabiullina to 20% from 9.5% on Feb. 28, four days after Russian forces entered Ukraine, but trimmed it on April 8 to 17%.

She suggested on April 18 that she would attempt to cut it further.

“We must have the possibility to lower the key rate faster. We must create conditions to increase the availability of credit for the economy.”

Furthermore, she said Moscow intends to take legal action over the blocking of forex, assets, and gold belonging to Russian residents while adding that such a step would need to be carefully thought through.

About $300 billion of around $640 billion that Russia had in its forex and gold reserves when it launched what it calls its “special military operation” in Ukraine has been frozen by Western sanctions. 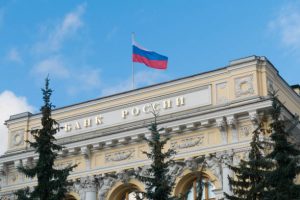 So far, sanctions mainly affected the financial market, “but now they will begin to increasingly affect the economy,” Nabiullina said.

Russian companies would need to adapt to the new normal until a viable solution is found. She added:

“Russian manufacturers will need to search for new partners, logistics, or switch to the production of products of previous generations.”

Nabiullina said exporters would need to seek new logistical arrangements and partners and “all this will take time”. Nevertheless, all this time, the central bank was thinking about making the sale of forex proceeds by exporters more adaptable, as highlighted by the central bank governor.

As the central bank’s own ability to intervene in currency markets was curbed, exporting companies, including some of the world’s biggest energy producers from Gazprom to Rosneft, were ordered by Russia in February to sell 80% of their forex revenues on the market.

Nabiullina said the terms of the timing and volume of mandatory sales may now be softened by the bank.

Her comments “are directly or indirectly targeted at preventing the rouble from firming,” according to Promsvyazbank analysts.

Nevertheless, the Russian currency extended its gains on Monday, strengthening to 81.4025 to the euro, a level that was last seen on April 8. The strength was helped by upcoming tax payments that will push export-focused companies to change FX revenues to roubles to meet their liabilities.