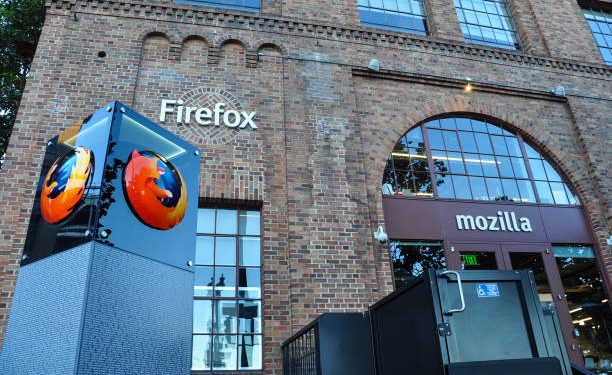 The firm behind the Firefox internet browser Mozilla is trying to appease its environmentally-conscious community by accepting Proof-of-Stake (PoS) crypto donations only. The firm has decided to start accepting PoS crypto again after an outcry against Bitcoin (BTC) compelled it to suspend these donations earlier in the year.

This firm originally stopped all cryptocurrency donations in January, but has now opened them back up after an extensive review period to assess community sentiments and to do research on cryptocurrency energy usage.

An update to our policy on accepting cryptocurrency donations.

We got it wrong, we heard you, and we've evolved. https://t.co/0bSThVJsCC

PoS blockchains consume barely 1% as much electricity like Bitcoin, though they may vary among themselves in efficiency as shown by a February report.

Mozilla confirmed in a blog that after a review, it was altering its donations policies to come in line with its “climate commitments”. It stated that:

The firm also stated that the move was made according to its self-imposed January 2021 climate commitments which strive for it to “significantly reduce our greenhouse gas footprint year over year” until it grows to become carbon-neutral.

“Mozilla’s decision not to accept Proof-of-Work donations ensures that our fundraising activities remain aligned with our emissions commitment.”

By rejecting all of the non-PoS cryptocurrencies, Mozilla is blocking both Ether (ETH) and Bitcoin (BTC), which is the biggest crypto by market cap – at least until the Merge happens in the coming months and that blockchain adopts PoS.

Mozilla insisted that it would release a list of all the accepted cryptos by the end of Q2, 2022. Some of the native coins from the most popular PoS chains feature Solana (SOL), BNB Chain (BNB), and Avalanche (AVAX).

Among the most vocal detractors of Mozilla’s new cryptocurrency donations policy was Mozilla’s founder, Jamie Zawinski. On January 4, he tweeted that those at Mozilla who are complacent with accepting Bitcoin (BTC) “should be witheringly ashamed” to partner with the “planet-incinerating ponzi grifters.” Zawinski stopped working at Mozilla in 1999.

The Director of Digital Strategy at American investment firm VanEck Gabor Gurbacs harshly criticized Mozilla’s decision to block Bitcoin donations. In his April 12 tweet, he called the move “misguided and virtue signaling in nature,” adding that “Bitcoin is one of the greenest industries out there.” 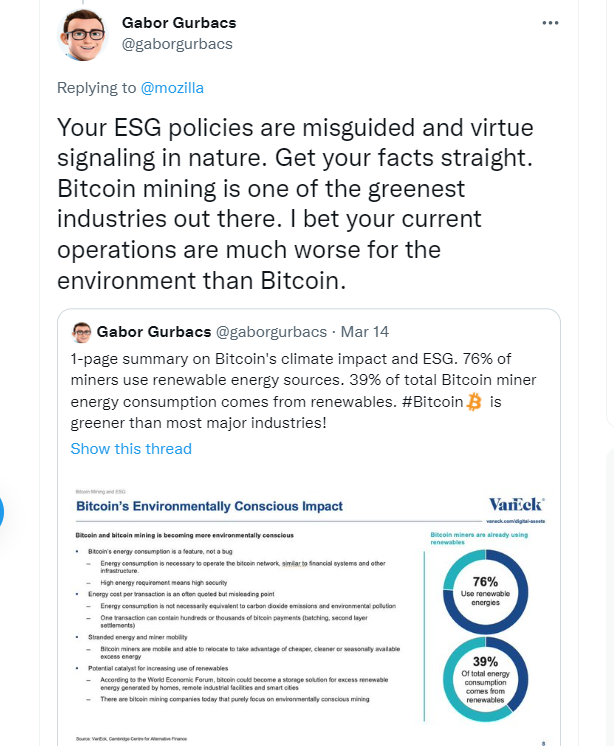 While Bitcoin yearly consumes nearly 204.5 Terawatt hours (TWh) of energy based on data from Digiconomist blockchain researchers, the real effect on the climate is a lot more contested. The proponents contest that the miners that secure the network are helping in strengthening energy grids and enhance carbon efficiency while the operations themselves are majorly switching to renewable energy.

Cryptocurrency storage firm Blockstream and Jack Dorsey’s Bitcoin development company Block Inc said on April 8 that they need to work with Elon Musk’s Tesla to create a solar-powered BTC mining facility in Texas, which is the new hotbed of clean energy mining operations.