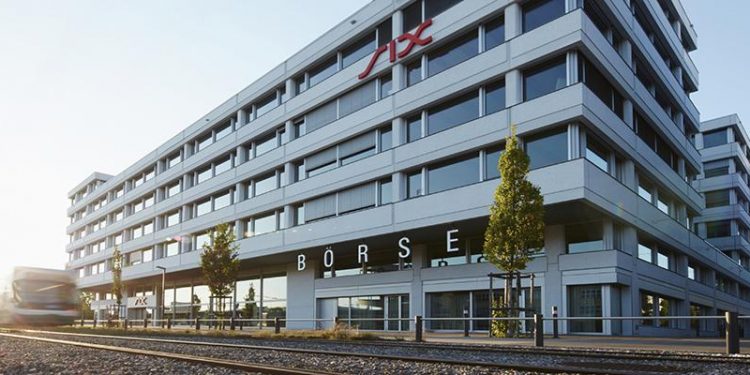 SIX Swiss Exchange, in a press release, announced that it realized a 29.5% surge in its trading volume for March 2022 compared to the previous month.

The company recorded the highest daily trading volume on March 18, according to the press release. On that day, securities worth a total of CHT 12.1 billion were traded.

The busiest day for trades was on March 7, with 541,922 transactions traded. The stock with the highest turnover was ROCHE GS, hitting CHF 14.0 billion in the month. The stock also maintained its position as the most traded stock with 433,321 transactions in March.

For cryptocurrencies, a total of 208 products were traded on the exchange, with a trading turnover of CHF 230.4 million for the underlying crypto assets. ETP on Ethereum and AETH were the most traded and hard the highest transition volumes, with CHF 35.3 million in transactions worth.

The latest transaction ad trading figures in March are more than the volumes recorded in March, as the February figures show.

In February, the brokerage saw a 4% drop in trading turnover month-over-month (MoM). Its total number of trades was 5,676,276, representing a 2.6% decline compared to the previous month.

The exchange had CHF 8.2 billion as the worth of its trading volume on February 24. This represents the highest single-day trading turnover for March. On the same day, it also witnessed the highest number of trades, after 458,904 trades were executed the day.

The rising interest from investors along with global volatility has increased the trading activity on the platform in the past two years. Additionally, the company’s recent launch of crypto products has given it more popularity among cryptocurrency enthusiasts.