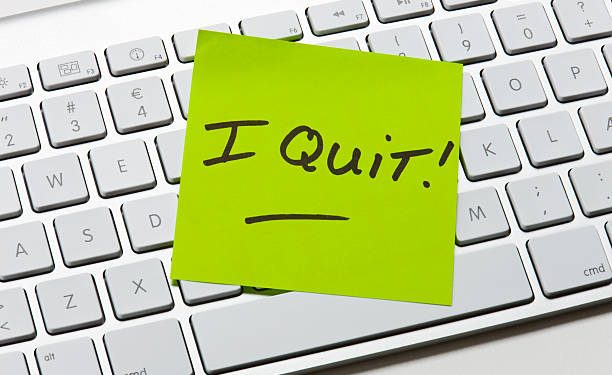 Historically, the startup ecosystem has played an integral role in shaping the general cryptocurrency community to become the $2 trillion industry that it is today. Nonetheless, many players depend on this notion to constantly over-promise and under-deliver the large WAGMI dream.

In December 2021, Redditor busterrulezzz thought that they had got their dream job after they were hired by a crypto startup. However, they later realized that they had become a part of the problem and decided to resign from the position barely two months later.

Offering NFT services without proper networks and buying crypto at ATH primarily based on popularity were the key red flags for the Redditor. As narrated by busterrulezzz:

“First of all, the level of disorganization and chaos was absolute madness. Each morning we had a different objective, based on the most recent trend in the market.”

The Redditor claimed that the cryptocurrency startup that will remain anonymous due to an active non-disclosure agreement, did all that crypto investors are normally advised against. It includes offering nonfungible token (NFT) services without the correct infrastructure, buying cryptos at their all-time highs solely based on their popularity. While paraphrasing the firm’s agenda, busterrulezzz said:

“One of our products doesn’t work anymore because we rushed a bug-fixing patch? Let’s pretend that never happened and let’s keep pushing rosy marketing articles!”

Days after joining the team, the Redditor noticed that a business cannot register any profits or a productive member of the cryptocurrency space “if you can’t even define your objectives and stick to it.”

The Redditor also claimed that the startup firm proactively misled and cheated investors by using bots to operate official Telegram channels, faking some of their community users on Discord, and even partnering with influencers to make their products appear popular, adding that:

“This kind of stuff is what gives crypto its bad reputation to the outside world.”

One of the most notable red flags the new employee discovered were the founders, who seemed only interested in making the most amount of money and profits as soon as possible:

“We were acting like an evil hedge fund, precisely the type of institution crypto is supposed to fight.”

With that supposed realization, busterrulezzz now felt purely like a big scammer and ended up quitting their job. In that context, the company refused to pay salary for the last week for absconding. Nonetheless, the Reddit community wants them to lawyer up to get the NDA nullified and retrieve the pending salary. They concluded:

“Thanks for the advice, I will look into it.”

Despite that bad experience, the Redditor advised the community to join well-known crypto enterprises and “not waste your time in little-known start-ups that have big dreams, but can’t deliver.”

Readers are also advised to do their background checks on the company founders and roadmaps before accepting any job invitations. While that story highlights the alleged internal operations of a fraudulent crypto startup, some of the largest players in the crypto space come from humble beginnings including Binance, the biggest crypto exchange in the world in terms of the trading volume.

On the flip side, government organizations have eventually acknowledged the benefits of hiring experts from within the crypto space. Based on previous reports, the United Kingdom’s Financial Conduct Authority (FCA) recently published job openings on LinkedIn looking for a head of the digital assets department and a director of the payments and digital assets department.

That new role is a part of FCA’s plan to set up a dedicated department for cryptocurrency. The announcement reads:

“We are looking for a head of department to build and lead a new crypto department that will lead and coordinate the FCA’s regulatory activity in this emerging market. This is a critical leadership role within a proposed new directorate dealing with emerging business models […]”