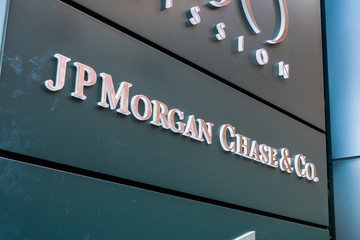 The United States banking giant JPMorgan Chase has unleashed its research on a Quantum Key Distribution (QKD) blockchain network. The bank insists that this network is resistant to quantum computing attacks.

QKD uses quantum mechanics and cryptography to enable two parties to send and exchange secure data, while simultaneously detecting and defending against third parties that are trying to eavesdrop on the exchange. This technology is considered to be a perfect defense against possible blockchain hacks that may be conducted by quantum computers in the future.

Based on a February 17 announcement, JPMorgan worked with Ciena and Toshiba to deploy and test the QKD blockchain. The announcement read:

“At this time, QKD is the only solution that has been mathematically proven to defend against a potential quantum computing-based attack, with security guarantees based on the laws of quantum physics.”

This study was done for use in the metropolitan areas and has some notable results like being:

Engineer and head of the FLARE Research group at JPMorgan Chase, Marco Pistoia, insisted on the importance of creating secure blockchain networks before quantum hits the market:

“This work comes at an important time as we continue to prepare for the introduction of production-quality quantum computers, which will change the security landscape of technologies like blockchain and cryptocurrency in the foreseeable future.”

JPMorgan has now been ramping up its blockchain initiatives lately, with reporters saying earlier this week that the company became the first bank to officially launch in the metaverse.

Currently, the bank has a virtual lounge in the popular crypto-powered virtual world Decentraland and seems bullish on the Metaverse space after it labeled it as a $1-trillion investment opportunity.