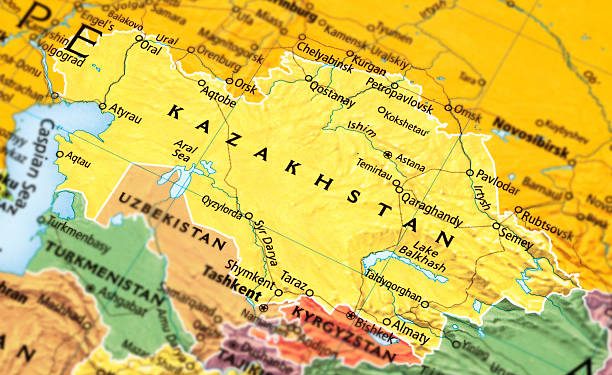 The central Asian nation’s government has proposed three price increases to taxes and electricity mainly targeting the crypto miners. The Kazakh government is reportedly considering a 3-pronged proposal that is designed to make the crypto miners pay a lot more for operating in the nation. This move might make Kazakhstan less attractive to the crypto mining sector.

On February 4, Marat Sultangaziyev, Kazakhstan’s First Vice Minister of Finance, proposed a price increase from $0.0023 per Kwh to $0.01. That is an increase of about 335% which will mainly target the crypto miners.

The minister also proposed a tax on every individual graphics card (GPU) and all pieces of equipment required for crypto mining. He compared the tax-per-video card to the way casinos get taxed for every table that they run, whether or not the table is active. The third part of this proposal was to eliminate mining hardware from an exemption on value-added tax (VAT).

Mining bitcoin needs the use of particular hardware to complete the mathematical calculations that are required to develop new blocks on the blockchain. The big mining operations host over 10,000 mining rigs including GPUs, ASICs (application-specific integrated circuits), cooling units, racks, and associated facilities.

Up until the recent political unrest made the government restrict internet access in January, Kazakhstan had become one of the most popular destinations for cryptocurrency miners after the China ban on mining last summer. On January 5, the Bitcoin network’s hash rate plunged by 13.4% in a day from around 205 exahashes per second (EH/s) to 177 EH/s as a result of the short shut down in Kazakhstan.

One large Bitcoin mining operation that shifted from China to Kazakhstan in July, BIT Mining, said in January that the political unrest would not compel it to shift its operations elsewhere. Nonetheless, that statement came before the power and tax increases were proposed.

The cheap electricity supply and proximity to China attracted miners fleeing from Chinese authorities amid crackdowns in the nation. This made Kazakhstan the second-biggest producer of hash power for Bitcoin behind the US, producing nearly 18% of the network’s hashrate as of August 2021, as highlighted by Cambridge University.

It may now become less desirable for new and existing miners to call it their base of operations in case crippling taxation proposals come into effect. Kazakhstan has struggled with power supply challenges since late last year, nearly the same time when the crypto miners rushed in from China.

The nation saw an 8% surge in domestic electricity consumption through 2021, making the government consider building a nuclear power plant to ease the stress on the power grid and ensure that the energy costs remain low.

Cheap electricity appears to be the main factor that attracts the miners. On January 27, reports emerged that the United States cannot provide the cheapest electricity and thus “cannot hold on to the mining champion title for long.” Eliminating that advantage for the miners in Kazakhstan may spell doom for the nation’s ambitions to extract $1.5 billion from miners within the coming 5 years.