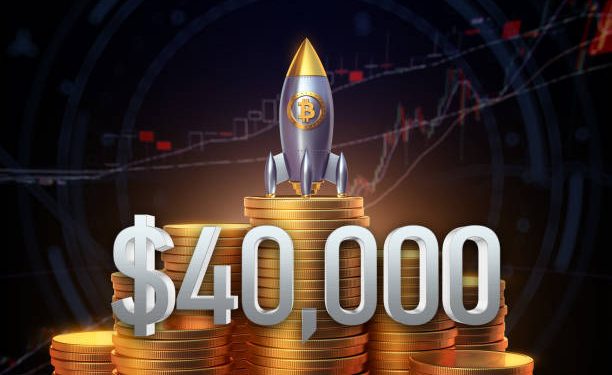 It appears to be sudden death for the people that were shorting Bitcoin and altcoins on February 4, as a massive upside seems to reappear after a two-week absence.

Bitcoin returned above $40,000 for the first time in the past two weeks during February 4 as Wall Street volatility proved a boon for the Bitcoin bulls. 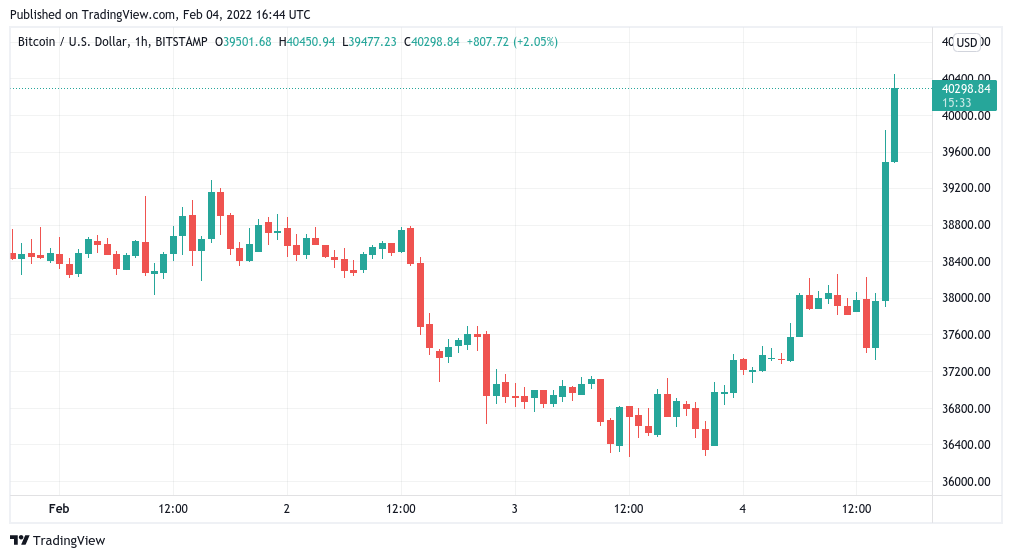 Data from TradingView showed BTC/USD speedily spiked above $40,000 on February 4, 2022, barely two hours after the Wall Street open produced rapid gains. At the time of publication, the pair was up $3,000 in two hours, an unexpectedly strong performance that is naturally caused short sellers some considerable pain.

Based on on-chain monitoring resource Coinglass, Bitcoin liquidations were $50 million over the most recent 4-hour period, with cross-cryptocurrency liquidations passing $100 million.

Analysts were keenly looking at the $39,600 area to be tested and held, and were equally unsurprisingly optimistic.

The Wall Street session opened with new gains for the big mover Amazon, therefore helping to fuel the cryptocurrency rally despite the firm’s underlying data contrasting with its share performance. Amid a consumed near-term environment, most took the chance to reiterate higher timeframe price targets.

“I doubt there’s spot inventory left to sell at $40 thousand. What was going to be sold has been sold already in a two-month downtrend capped off by a macro panic. Also, doubt buyers in the $30K area bought to sell here. Similar in many ways to the $6K level in 2019.”

Altcoins followed bitcoin’s lead with Ether up more than 10% on the day to circle the $3,000 level. Ethereum last traded at its significant psychological level on January 21, along with Bitcoin and around ten days ago it was closer to $2,000. 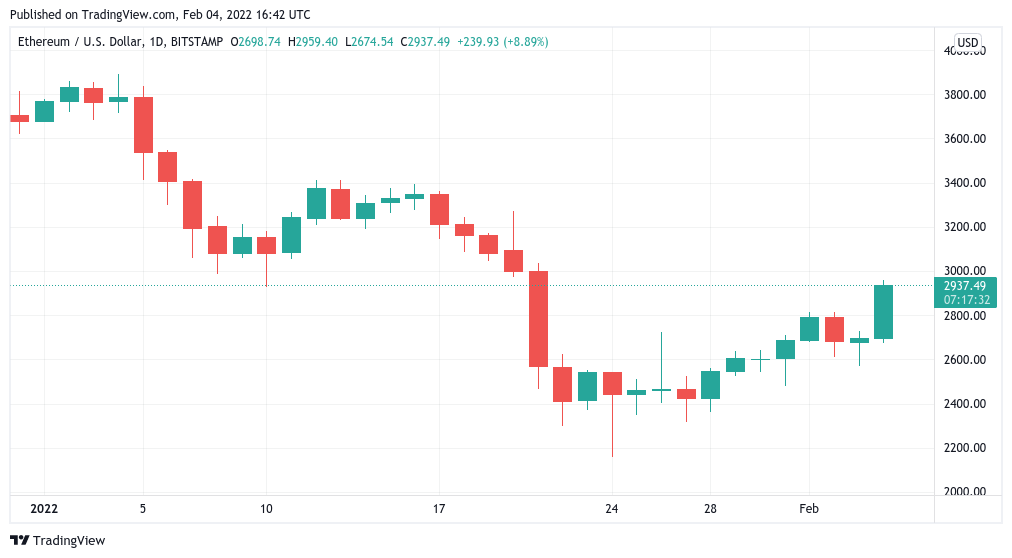 The others in the top ten cryptos by market capitalization were green, with the best performer Solana (SOL) approaching 13% daily gains.