Billionaire Bill Miller Reveals Holding 50% Of His Wealth In Crypto 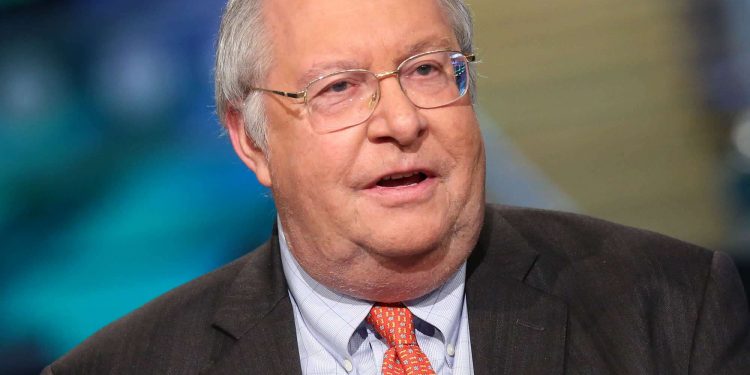 Bill Miller, a renowned billionaire investor and hedge fund manager, has confirmed holding 50% of his wealth in Bitcoin and other crypto-related investments.

In a January 10 interview with WealthTrack, Miller confirmed betting big on digital assets, with the billionaire investor now allocating 50% of his wealth to Bitcoin and other crypto investments.

The 72-year old investor acquired his first Bitcoin in 2014. At the time, Bitcoin was exchanging hands at around $200. Shortly after, Miller bought a “little bit more assets” when the flagship crypto reached $500.

A few years later, the billionaire investor maximized his portfolio when Bitcoin crashed below $30,000 level from its previous all-time high above $66,000 in April 2021:

“This time, I started buying again at $30,000, down from $66,000, and the reasoning was there are a lot more people using it, there’s a lot more money coming in from the venture capital world,” Miller stated, adding that he bought a “fair amount in the $30,000 range.”

In that context, Miller has described Bitcoin as an “insurance policy against a financial catastrophe” and a “powerful investment tool” outstripping gold. Moreover, he applauded the deflationary aspect of Bitcoin that allows only 21 million BTC to go into circulation.

Before summarizing, he urged average investors to allocate at least 1% of their portfolio in Bitcoin, reiterating his counterpart billionaire investor Ray Dalio, who made similar recommendations last week:

“I think the average investor should ask himself or herself what do you have in your portfolio that has that kind of track record — number one; is very, very underpenetrated; can provide a service of insurance against a financial catastrophe that no one else can provide, and can go up ten times or fifty times. The answer is: nothing.”

Miller currently serves as a chief investment officer at Miller Value Partners, a company he founded in 1999 while working at investment giant Legg Mason.

The legendary investor, now celebrating his 40th anniversary in the investment industry, is renowned for beating S&P 500 and controlling over $70 billion for 15 years.

But unfortunately, Legg Mason Capital Management Value Trust, a signature fund he founded, lost 66% of its value due to a financial crisis in late 2008.