What Is Mimblewimble And How Does It Operate? 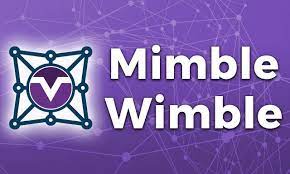 Mimblewimble is a spell that majorly ties the target’s tongue to ensure that they do not expose any information on a particular subject. That spell is mostly popular among Harry Potter enthusiasts.

In the world of blockchain, Mimblewimble is described as a privacy-oriented decentralized protocol that utilizes a novel method of structuring and storing all transactions on the blockchain. It was introduced and designed by an anonymous developer called Tom Elvis Jedusor. He was a French counterpart for “Voldemort” in mid-2016.

How Does Mimblewimble Operate?

Acquiring its name and identity from the Harry Potter books series’ famous tongue-tying spell that compels the victim’s tongue to prevent it from revealing particular information, the Mimblewimble protocol works somehow like a spell.

The protocol offers an infrastructure for a blockchain that provides a new realm of possibilities in terms of fungibility, scalability, privacy, and crypto anonymity. It ensures that crypto information remains entirely anonymous.

Mimblewimble transactions’ whole anonymity feature comes in contrast to the pseudonymity of Bitcoin (BTC) and other cryptos where normally three secrets are revealed: the amount of crypto sent, the sender’s address, and the receiver’s address. Mimblewimble hides all these three secrets. 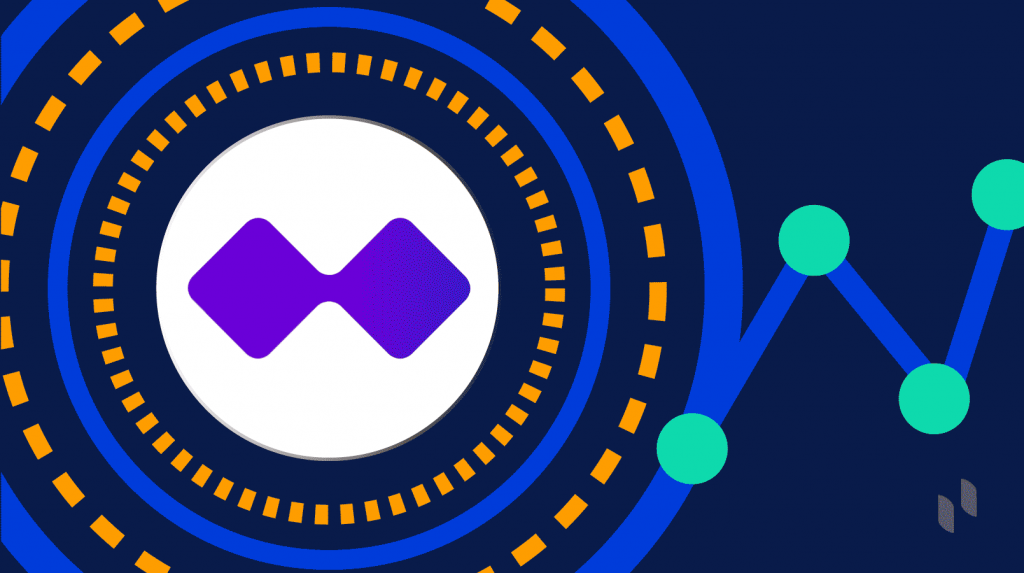 The Mimblewimble cryptographic approach is named Elliptic Curve Cryptography (ECC). ECC enables Mimblewimble to fulfill two major needs of validating the correct transaction amount and the parties involved without having to publicly reveal any information.

ECC is powered by discrete logarithms that make equations on the blockchain more complicated to work out. Normally, logarithms are the opposites of multiplications that are easy to perform when compared to factorization. The term discrete describes a branch of mathematics that revolves around a set of discrete mathematical values. It covers topics like set theory and probability.

Therefore, the Confidential Transactions protocol that is also utilized in other privacy coins like Monero, hides the value of transactions executed on Mimblewimble. The CoinJoin protocol makes it almost impossible to track the trail of these transactions. As a result, the public addresses of transactions can be concealed by integrating payments from different senders under one transaction.

Through the implementation of the Dandelion protocol, the identity of the sender and the receiver can be hidden and remain private. The Cut-Through protocol creates small transaction blocks by combining many transactions into one set to boost scalability. As a result of the Cut-Through, information from the blockchain can be readily removed without risking the security of the network.

When defining the Mimblewimble protocol, it is always stated that it adopts three unique characteristics which set it apart from other blockchains.

First, it is anonymous. As opposed to most of the other blockchain networks that are mainly pseudonymous, since they have traceable public addresses that can determine the sender and receiver of a transaction, Mimblewimble’s transaction history cannot be tracked. It, therefore, becomes majorly challenging to bypass the anonymity of a user due to the protocol design.

Secondly, Mimblewimble’s difficult-to-trace makes it highly fungible when compared with the other blockchains. Users can readily exchange any crypto on the platform without having to worry about the risks of loss or the potential of the crypto being “tainted” via illicit activities bearing less value.

Through the implementation of CoinJoin and Cut-Through, all unnecessary transaction information is eliminated and the block sizes are reduced considerably. Mimblewimble enjoys superior scalability as a result of a compact blockchain size. 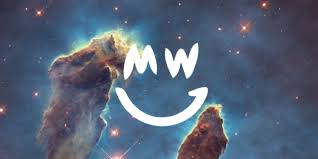 There are many crypto projects that aim to deploy Mimblewimble due to its strong and robust privacy, security, and scalability. Therefore, Mimblewimble’s native crypto MimbleWimble Coin (MWC), or “the technologically superior ghost money,” as it is described by the Mimblewimble developers, uses this protocol.

The first to theorize the use of Mimblewimble in 2016 was the team that created a privacy-preserving digital currency called Grin (GRIN). The coin’s lightweight open source project’s developers set up the groundwork for the project to get created on Mimblewimble. However, they only launched based on Mimblewimble implementation in January 2019.

Another fungible, scalable, and confidential crypto based on the Mimblewimble implementation is Beam (BEAM). It operates on the same core principles like Grin including total control over the users’ privacy. Notably, however, Beam has confidential decentralized finance (DeFi) network of decentralized applications (DApps) for an assortment of use cases.

Some of the mainstream cryptos are also on track to deploy Mimblewimble to provide them with more privacy and fungibility to its blockchain. Thus, the Litecoin (LTC) team has created a decentralized crypto network that uses similar protocols like Bitcoin. The team wants to activate Mimblewimble on the LTC mainnet in early 2022 in case the miners and node operators offer their support.

Eventually, popular privacy coins like Zcash (ZEC) and Monero (XMR) might possibly benefit Mimblewimble. Nonetheless, none of them have decided to integrate with the protocol for now, since it might be quite complex and difficult a task.

Where To Get The Mimblewimble Coin

Today, the MimbleWimble Coin is available for trading on many crypto exchanges including Hotbit, TradeOgre, Bitforex, Whitebit, and several others. The main ones are Hotbit and Bitforex and they account for the highest percent of the general crypto trading volume.

A lot of other information on MWC trading is available on the price-tracking sites for cryptos like CoinGecko and CoinMarketCap.

For the miners, Mimblewimble is based on the proof-of-work (PoW) concept. That concept became widely adopted after the introduction of the Bitcoin blockchain in 2008. Proof-of-work describes a decentralized consensus mechanism that needs a not insignificant but feasible amount of effort put in by members of a network to expend effort solving an arbitrary mathematical puzzle.

The PoW mechanism prevents malicious or frivolous uses of computing power. As a result, the transactions can be processed peer-to-peer (P2P) securely without having to use a trusted third party. Mimblewimble is a different implementation of a PoW blockchain that supports increased privacy and guarantees better network scalability.

Proof-of-work decentralized consensus is linked to crypto mining, a mechanism that validates transactions in the blockchain and a process of developing, or mining new tokens by solving challenging mathematical tasks. When looking at Mimblewimble blockchain, it is the process of mining the native crypto, Mimblewimble coin (MWC).

A crypto miner assures the validity of the data and then updates the blockchain database with a crypto transaction each time it is validated and successfully completed. The mining strategy itself features participation in a block that has information about transactions and needs solving complex mathematical puzzles with different cryptographic hash functions.

The first miner who manages to solve the puzzle is rewarded for making the transaction and gets small amounts of crypto. Furthermore, the miner needs a machine that has special advanced hardware to counter the other miners.

Many mining pools are available currently. The largest and most popular one has nearly 10,000 users. It is available in most languages and has a user-friendly design. Generally, in case you are interested in mining MWC in the pool, you have to complete a few steps.

First, you have to download the mining software, a needed version of the GPU Miner. Then, after you ensure that your mining equipment is ready, you have to get the official MimbleWimble Coin desktop wallet. The wallet is available on MacOS, Linux, and Windows.

Notably, for you to receive payouts from the pool, your local MWC wallet needs to be always online. If you do not wish to do it, it is advisable to use an address on the exchange on which MWC is already listed.

Eventually, you are allowed to edit the BAT file. Whenever you wish, you may specify the name of the rig as you want it to appear on the miner’s statistics page or leave the line empty.

Monero is historically privacy-focused and decentralized crypto that has the biggest market cap out of all the available privacy coins. Developed in 2014 as a Bytecoin fork, Monero is described as “money” in Esperanto, an auxiliary language that is designed for international use. The project’s aim is to ensure that transactions on the blockchain happen privately and anonymously.

XMR is based on PoW. Furthermore, it implements the CryptoNight protocol that uses Ring Signatures to conceal the ledger of transactions. Hence, it is impossible to know the cumulative total of the XMR held by a specific user.

Thus, it makes it quite difficult to trace the senders and receivers, since the details about them and the amount of coin being sent are hidden. Nevertheless, the use of Ring Signatures comes with some significant shortcomings.

For example, as a result of the Ring signatures, more data is attached to every transaction that considerably increases the size of the blocks. The Monero blockchain size is big and it will continue growing with wider adoption, which hurts usability. 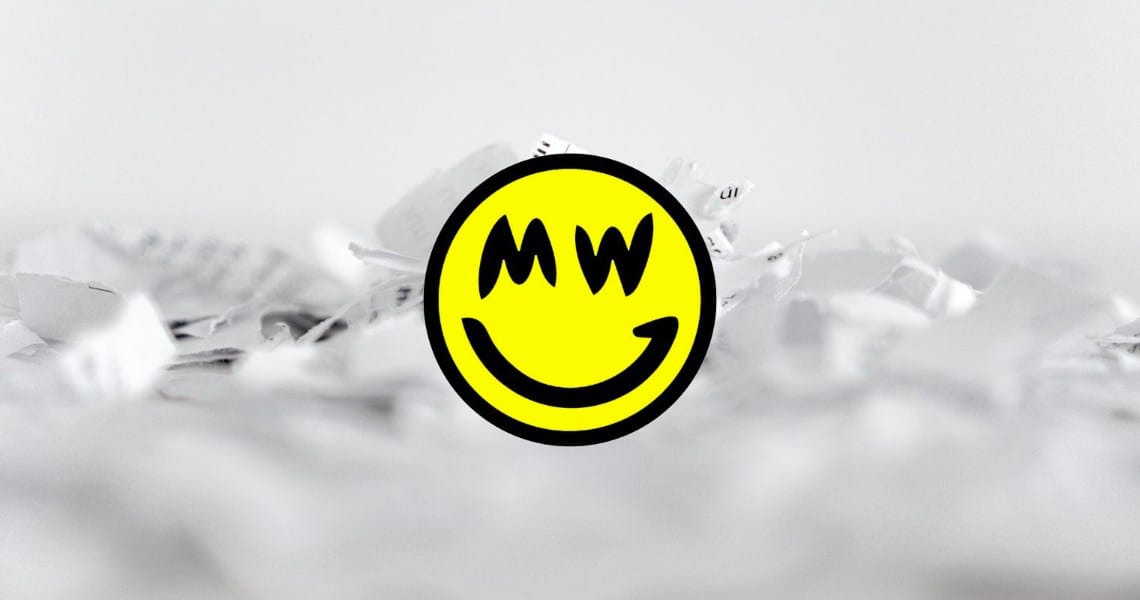 Compared with Monero, Mimblewimble is an elegant protocol that supports anonymity and scalability. The privacy in Mimblewimble is enabled by default because the senders, receivers, and transferred amounts are hidden using Confidential Transactions. Also, the Mimblewimble Cut-Through mechanism ensures that the blockchain size remains relatively small.

Therefore, when compared with Monero, Mimblewimble is seen to achieve massive confidentiality and scalability. Some of the visible drawbacks of the Mimblewimble protocol exist. However, it has some promising novel features that strive to overcome the privacy, security, and scalability issues that plague the other blockchains.

Even though Mimblewimble has several drawbacks from the design perspective, the pros outweigh the cons. Some of the issues that affect the protocol include the low transaction speed as a result of the data size due to the implementation of Confidential Transactions.

Quantum computers can solve various complex puzzles and determine the algorithm behind the encryption keys that protect all users’ data and the blockchain network in general. Mimblewimble is heavily reliant on digital signatures. Therefore, in case such an attack is launched successfully, blockchain transactions can get de-anonymized easily.