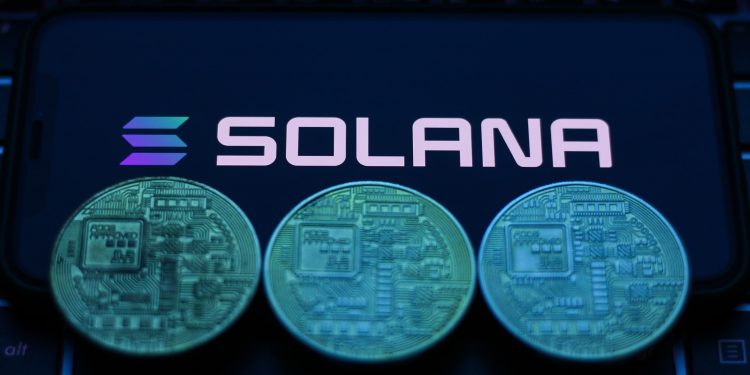 The latest energy computational analysis has confirmed that a single transaction on the Solana blockchain utilizes less energy than 2 Google searches and 24 times less mobile charging.

According to the Solana Foundation report published on November 25, a single transaction on the Solana network uses 0.00051 kWh, representing just 1,836 Joules of energy. On the other hand, an average Google search uses roughly 0.0003 kWh or 1,080 Joules of energy.

Surprisingly, the report revealed that the entire Solana network uses just an estimated 3,186,000 kWh per year, equivalent to the average electricity usage of 986 American households.

Since the start of this year, Solana Foundation has accelerated its efforts to provide a more energy-intensive and environmentally-friendly trading protocol.

In May, the Solana Foundation contracted Robert Murphy, a founder of Othersphere and former Energy Specialist at the World Bank, to write a detailed report that would “frame environmental impacts” attracted by transactions on the Solana network.

Although the Solana network is less decentralized than Bitcoin or Ethereum, the protocol processes an estimated 20 million transactions per year, facilitating 1,196 validator nodes.

The recent report has also hinted that the Foundation intends to further reduce energy consumption by installing a new program before the end of this year. The new program will make Solana carbon-neutral and offset the environmental footprint in the ecosystem. However, the reports did not provide additional information on whether the protocol will purchase carbon offsets or reduce emissions. By design, Solana (SOL) utilizes a Proof of Stake (PoS) consensus mechanism, which indeed makes it far less energy-intensive than assets using the Proof of Work mining methods such as Bitcoin (BTC) and Ethereum (ETH).

Bitcoin transaction uses an average of 4,222,800,000 Joules of energy on a single transaction, according to Statista.

However, it is worth noting that networks technically do not spend any particular amount of energy for a single transaction. In this case, average energy consumption can be the same regardless of processing one or a million transactions.

In that context, one Ethereum transaction uses roughly 644,004,000 joules on an average number of transactions and the amount of energy required to run the network. According to Statista, this energy consumption is comparable to more than several thousand Visa card transactions.

But interestingly, Ethereum’s energy consumption is expected to plunge about 99% less once the current ETH mainnet successfully shifts to the Proof of Stake consensus mechanism.

Ripple is yet another low energy-intensive digital asset, with its protocol using just 28,440 Joules per transaction. According to Ripple, the energy for every million transactions on its network could power a light bulb for 79,000 hours.

In a relatively same contest, the energy used for every million transactions in Bitcoin could power a light bulb for 4.51 billion hours. For this reason, Ripple has repeatedly claimed to be 57,000 times more efficient than Bitcoin.