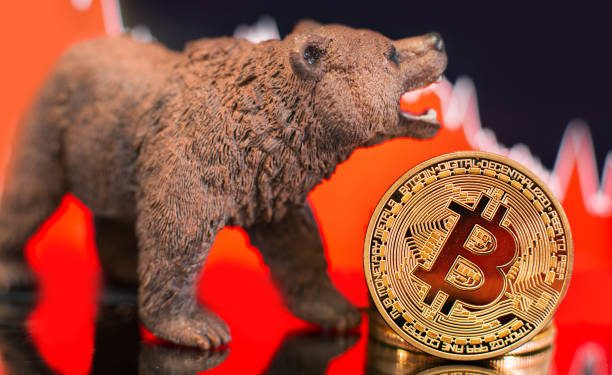 There is a snowball effect that has knocked the price of bitcoin through several critical support levels after losing 6% on November 18, 2021. The flagship crypto imploded to record lows that were last seen in mid-October. This drop comes in a fresh retest of the bulls’ strength.

Data acquired from TradingView showed BTC/USD breaking the $58,400 support after several retests in previous days. At the time of writing, Bitcoin is struggling to hold on to the $57,500 mark.

Despite the high volatility in the market and challenging the $60,000 level, the price has dropped to as low as $57,100 in the past hour, its lowest level since October 15. One trader and analyst Rekt Capital wrote in his latest Twitter update:

“Strong market-wide selling is going on. Undoubtedly, seller exhaustion lies ahead. Watch for high sell-side volume bars in the short-term. These tend to signal bottoming out after constant selling and precede either a strong bounce or an entire trend reversal.”

Exhausted sellers were many in mid-September a day after Bitcoin shed $10,000 in one daily candle. Similar to that time, today’s market movement resulted in a conspicuous reversal in Bitcoin’s Spent Output Profit Ratio (SOPR), which is major metric in determining oversold price periods.

But at the time of publication, Bitcoin is still searching for a monthly price bottom. One analyst said that $56,000 is the lowest point for a successful rebound to happen. He forecast:

“If that’s the case, a relief rally might be around the corner.”

A mainly optimistic Willy Woo said that long-term investor buying is a sign that the general bearish trend was just for the short term.

I think I’ll call this one “buying the dip” pic.twitter.com/57kmAtycGF

In that context, Bitcoin’s illiquid supply copied the mood. It rose considerably as the prices dropped which means that there is massive buyer interest throughout this week.