Facebook’s Rebrand to Meta Faced by Criticism from Hebrew Speakers 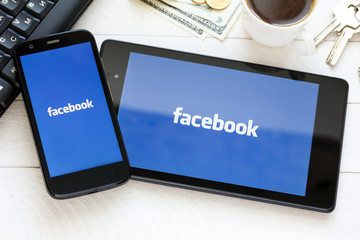 Hebrew-speaking social media users are mocking Facebook following the social media company rebranding to Meta. These users stated that the pronunciation of the word Meta means “dead” in Hebrew.

The users took to Twitter to post mocking remarks about the company rebranding into Meta. Some used the hashtag #FacebookDead to push their agenda. One of the posts stated that Facebook had failed to do their brand research well.

Among the people who commented on this rebranding to Meta was Dr Nirot Weiss-Blatt, confirming that the word Meta meant dead in Hebrew. “The Jewish community will ridicule this name for years to come,” he tweeted.

The rebranding of Facebook into Meta comes as the social media giant faces one of the greatest scandals in its history. The publication of “The Facebook Papers” had shed a negative light on the organization.

The documents show that Facebook did not prioritize eradicating content on human trafficking from the site. It also took steps to increase its teenage audience despite internal research showing that the platform negatively affected mental health.

As aforementioned, Facebook rebranded into Meta, with the company stating that the new name shows that the social media giant is now focusing on creating the “metaverse”. In a statement issued on Thursday, the firm stated that the rebranding will create a shared virtual environment that will take over the internet.

The CEO of the company, Mark Zuckerberg, spoke during its virtual and augmented reality conference, stating that the new name reflected its efforts to build a metaverse. However, he stated that its social media service will continue to be called Facebook.

“Right now, our brand is so tightly linked to one product that it can’t possibly represent everything that we’re doing today, let alone in the future, Zuckerberg stated.