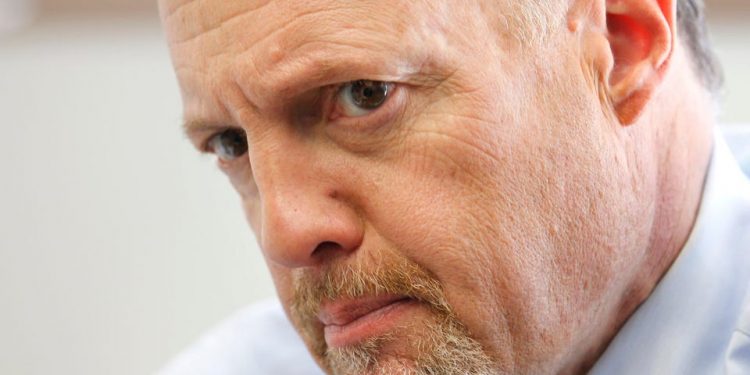 Jim Cramer, an American TV personality, advised cryptocurrency investors to beware of the risks that are related to the digital asset sector. Based on his opinion, investments in Bitcoin (BTC) and the altcoins remain on the “greater fool theory,” where speculation is dominant to some extent.

Cramer thinks that the crypto market is filled with ‘fools’ as he compared his investment in the new asset class to gambling. Moreover, Cramer said that he is not a crypto holder due to inflationary reasons, instead, he is “simply gambling.”

The CNBC host shared yet another controversial stance on cryptos and the people that invest in them. He insists that the crypto sector is dominated and powered by the “greater fool theory.” At its core, the concept refers to the fact that one can make loads of money by buying an asset and later selling it as there is always someone else willing to buy it at a higher price.

Cramer promised to keep his cryptocurrency holdings as he believes that there are “millions of greater fools out there.” After the massive Chinese crackdown on digital asset trading and mining last summer, he sold almost all his Bitcoin stash. This left him with significant exposure only in Ethereum.

Nonetheless, the American was quick to add that he is not an ardent proponent of Ethereum either and even admitted he will soon sell his positions when the price of this asset increases. Ethereum hit a new all-time high on October 29 but it appears Cramer thinks that Ether will rally further in the future:

“I don’t have any particular attachment to Ethereum and eventually I’ll ring the register on the rest of my position when I think it’s done going higher.”

The media personality put his name in the same group as those that see the asset class as a hedge against global inflation. Nonetheless, he said that his reason to enter the cryptocurrency market is not related to it since he was instead gambling:

“I didn’t buy bitcoin or Ethereum as inflation insurance. In all honesty, I was gambling. I was simply gambling on crowd psychology, though, and I have no idea whatsoever why these things went up.”

The Evergrande debt crisis in China at the end of September 2021 resulted in severe disruption in the financial sector. The digital asset industry was also impacted where the prices of the biggest cryptos plummeted steeply.

Moments after that occurrence, Cramer advised people sitting on unrealized gains from their investment to take ‘something off the table’ since the Evergrande saga is expected to keep hurting the cryptocurrency industry in the coming months.

Taking a keen look at what has happened in October, it appears like all the stubborn hodlers that never listened to his guidance have made the best and right decision for their investment.

The first-ever SEC-approved futures-backed Bitcoin ETF in the United States, among many other positive factors, pushed bitcoin’s price to new all-time highs near $67,000, while Ether reached its peak above $4,400 on October 30.