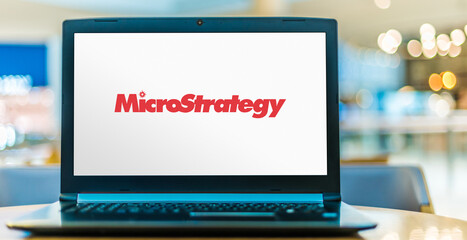 MicroStrategy confirmed that it added 8,957 BTC to its holdings in the third quarter, making it the world’s largest publicly traded corporate owner of Bitcoin.

Chief Executive Officer, Michael Taylor, announced on Wednesday that the company will keep evaluating opportunities to execute its Bitcoin strategy. Last month, MicroStrategy purchased 5,050 BTC in cash for about $243 million.

The recent addition means the company now has 114,000 Bitcoin, with a total worth of $7 billion. It’s an impressive statement and a massive gain as well when the total spend on Bitcoin is worth $3.16 billion. That means if MicroStrategy were to sell off its Bitcoin holdings, it will amass a profit of roughly $4 billion.

Microstrategy’s business may not be directly linked to the cryptocurrency market. But the business intelligence software provider has shown interest in the largest cryptocurrency in the world.

It also offers cloud-based and mobile app software, accruing revenues from other streams like subscription services and product licensing.

According to Zacks Consensus, MicroStrategy has surpassed its estimated earnings for four quarters in a row.

MicroStrategy is not the only publicly-listed Bitcoin holder. Companies like Square, Meitu, and Tesla all have Bitcoin holdings in their portfolio. They added more tokens to their balance sheet in the first three quarters of the year.

In October when BTC reached an all-time high of $66,000, the total value of MicroStrategy’s BTC holdings hit a record high too. But it seems the company is interested in acquiring more Bitcoin and increasing its BTC portfolio rather than considering selling it off.

While the company keeps increasing its portfolio in Bitcoin, its core business is not doing badly either. The company is seeing an increased demand in its platform coupled with the growing interest in its cloud-based solutions. As a result, it expects to surpass forecast for its revenue in the fourth quarter.