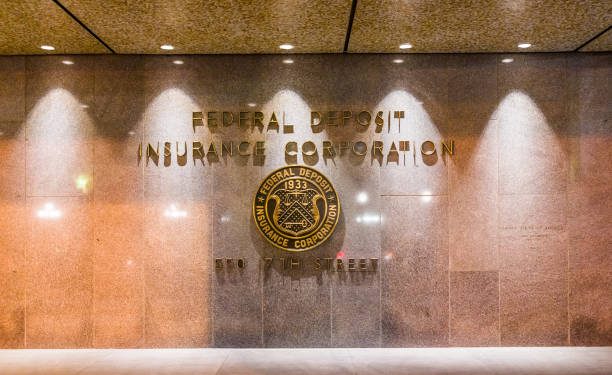 Jelena McWilliams, chair of the Federal Deposit Insurance Corporation (FDIC), has called for a regulatory framework that enables banks and customers to hold and operate with cryptos.

It is worth noting that Mc Williams’ sentiments appear barely a few days after the world’s largest economy had its first Bitcoin Futures ETF.

US Banks To Hold Crypto?

A few years ago, banks and cryptocurrencies were two mutually exclusive terms. Indeed, bank heads and other prominent people in the banking sector even refused to acknowledge the mere existence of digital assets.

But, the awful perceptions about crypto started to change earlier this year, with the BNY Mellon, the oldest bank in the United States, offering Bitcoin custodial services. Since then, many other notable banks and former well-known crypto critics such as JPMorgan and Goldman Sachs have also followed and launched pro-digital assets initiatives.

According to McWilliams, chair of the Federal Deposit Insurance Corporation (FDIC), US banks can move a step further.

In her speech, McWilliams urged regulators in the United States to establish a framework that would enable banks to hold cryptocurrencies. In the same context, the chair revealed that some local authorities have already started working on a roadmap for banks that may soon enhance their engagement with cryptocurrencies.

The regulatory framework in progress includes clear rules on how banking institutions can hold digital assets in custody. McWilliams also cautioned that other organizations could take this opportunity if banks were not permitted:

“If we don’t bring this activity inside the banks, it is going to develop outside of the banks. The federal regulators won’t be able to regulate it.”

Before summarizing, McWilliams confirmed the successful partnership of FDIC with the Federal Reserve and the Office of the Comptroller of the Currency in this transformative initiative.

With some countries separated in perception about digital assets in two major teams, the pro-crypto such as El Salvador and anti-crypto like China, all eyes were focused on the United States to determine its perception about cryptos.

The world’s biggest superpower economy was somewhat indecisive, with many digital asset proponents blaming authorities over lack of actions while other nations continued to launch crypto ETFs and adopt digital assets.