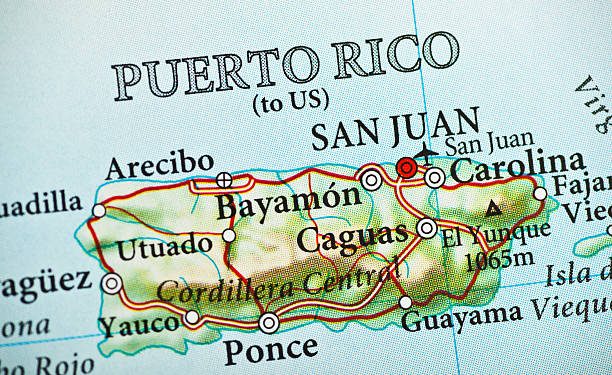 Puerto Rico, a Caribbean island and an incorporated territory of the United States, has confirmed increased crypto interests, with the island state now seeing a heavy resurgence of interest amid massive flocking of investors over its favorable regulations.

As stipulated by local Act 22, all residents who have lived in the country for more than one and half years are exempted from paying federal income taxes, dividends, and capital gains. In this case, residents can hold most or all profits from crypto investments without necessarily renouncing US residency.

Puerto Rico started gaining popularity after Frances Haugen, the Facebook whistleblower, relocated to the island in March 2021. However, the Caribbean state has been a haven for many crypto investors for a year now.

Following Haugen’s move, Logan Paul, the social media personality and founder of CryptoZoo, relocated and rented a Mansion at $55,000 per month earlier this year. Although housing was somewhat expensive, Paul told Time Magazine that favorable taxation status was a big part of the appeal:

“In Puerto Rico, you’re motivated to do more and make more money because of the implications that come with it.”

Interestingly, other crypto-related businesses have already relocated to Puerto Rico in recent years including, the hedge fund Pantera Capital from New York and non-fungible token marketplace SuperRare from Silicon Valley.

Moreover, traditional finance types, such as John Paulson, a legendary hedge fund manager, have shifted their operations to the island.

While commenting about the new edition, Keiko Yoshimo, the executive director of PRBTA, said:

“We seek to connect entrepreneurs with communities in Puerto Rico and educate them on the multiple benefits available in the crypto era.”

Although it attracted some drawbacks to the locals, the capital mass migration will boost Puerto Rico’s economic growth. The Puertopia project is a perfect example that left some disadvantages. The crypto utopian community in San Juan made house prices soar.

Among the list of classic tax havens and cryptocurrency-friendly environment includes Switzerland, Cayman Island, and Malta. St Kitts and Nevis, one of the best tax haven states, allow savvy crypto investors to evade taxes and offers residence through an investment program. The two states also offer ultimate asset protection for millionaires and businesses.

In related reports, Portugal also exempted crypto traders and miners from income tax in April this year. At the time, the country passed the Digital Transitional Action Plan to promote the creation of economic areas and encourage blockchain-based business.