PayPal’s Peter Thiel Agrees That He ‘Underinvested’ In Bitcoin 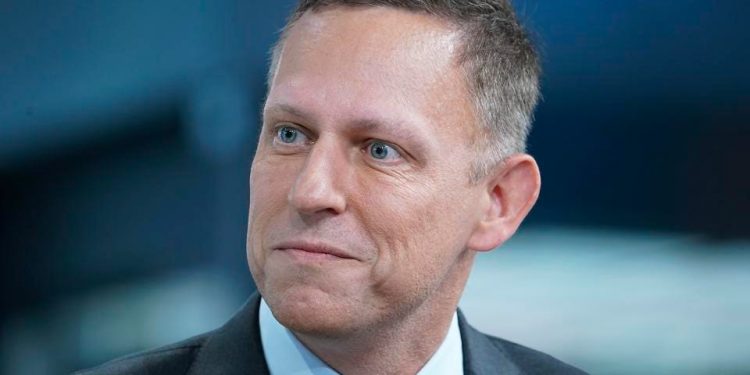 As Bitcoin (BTC) exploded on October 20 to reach new highs above $67,000, PayPal co-founder and billionaire venture capitalist Peter Thiel has said that he ‘regrets’ not buying more Bitcoin.

He spoke about cryptos, central banks, and artificial intelligence in an interview held in Miami and hosted by policy think tank Lincoln Network. Bloomberg reported that Thiel shared his concerns that investing in Bitcoin is an already ‘known secret.’ Thiel stated:

“You’re supposed to just buy Bitcoin. I feel like I’ve been underinvested in it.”

The tech investor said that his only worry about the purchase of Bitcoin was that:

“The investment secret was already known by everybody. I think the answers are still to go long. Maybe it still is enough of a secret.”

Based on Thiel’s statement, the latest rally in the Bitcoin market is a major concern for the global central banks. The crypto’s surge to new all-time highs shows that “we are at a complete bankruptcy moment for the central banks.”

In the same interview, he criticized artificial intelligence as an opponent to cryptocurrency’s force for decentralization. He mentioned:

“AI, especially the sort of low-tech, surveillance form, is essentially communist. AI is a technology that is going to destroy the world.”

Thiel is now one of the most audible proponents of Bitcoin who said that Bitcoin succeeded as a currency in 2014. The venture capitalist is also famous for calling Bitcoin “a hedge against the whole world falling apart.”

Earlier in 2021, the venture capitalist said that the Chinese central government might be supporting Bitcoin as a means to undermine the foreign and monetary policy of the US.

Thiel co-founded PayPal back in 1998 and the platform has been moving gradually into cryptocurrency in the last 12 months.

The firm officially confirmed that it plans to introduce the option of buying and selling cryptos like Bitcoin in October 2021. Since then, the payments firm has rolled out crypto services in the United Kingdom and the United States.