G7 Countries Say CBDC Will “Do No Harm” To Financial Stability 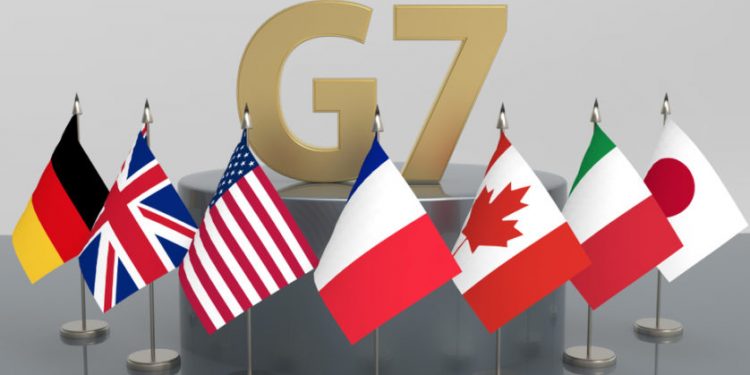 Finance leaders from the G7 met this week and discussed the central bank digital currencies (CBDCs). After their meeting, the leaders proposed 13 public principles that will guide the implementation of CBDC policies.

The G7 comprises the U.S., the U.K., Germany, Japan, Italy, France, and Canada and stipulated that any new launch of a CBDC should “do no harm” to the central bank’s resolve to maintain financial stability.

The central bankers and finance ministers noted that international cooperation and coordination on these issues will help to achieve cross-border benefits and both public and private sector innovation.

They noted that CBDCs will function as a complementary financial product to cash, as could be used in payment systems as well as safe settlement assets.

However, the leaders admitted that the responsibility of minimizing dangerous impacts to the financial and international monetary system should be collectively shared.

While no member of the G& has successfully launched a CBDC, countries like the U.K. as seriously looking into its technology and economic visibility.

G7 Is Serious About Legal And Regulatory Requirements

The G7 members also stressed the need to ensure compliance with regulatory, legal, and oversight requirements before any G7 member launches a CBDC. This is per the statement made by the G20 in its last meeting.

The statement could be in response to the placed Diem cryptocurrency by Facebook, which has been a source of concern to central bankers and financial leaders.

While some central banks are actively researching the CBDC project for their country, the US seems to be taking a rather casual approach towards it.

The US Federal Reserve is quite skeptical about the digital dollar, and many feel the country may be left behind.

Many experts have pointed out that the US may find itself seriously backwards in finance and technology if it fails to embrace the change currently taking over the financial world.

When it comes to the launch of a CBDC, China is already a step ahead of others after the test of its digital yuan. Many experts believe that its recent stance against crypto in the country is part of its move to control its monetary flows in form of CBDC.