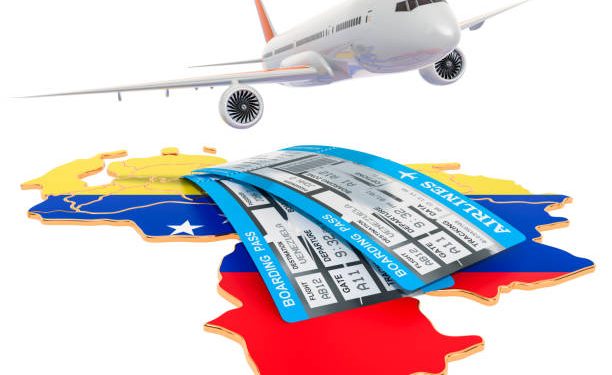 A major international airport located in Venezuela is allegedly getting ready to prepare to start accepting cryptos like Bitcoin (BTC) as payment for tickets and many other services. Simón Bolívar International Airport is now working to enable crypto payments to fully comply with local industry standards, regional news agency El Siglo reported on October 10.

Also referred to as Maiquetia, the airport is situated in downtown Caracas, the capital of Venezuela. Freddy Borges, Maiquetia airport director, said that the airport wants to accept many cryptos like Dash, Bitcoin, and Venezuela’s famous oil-pegged digital currency, the Petro.

The director believes that the airport’s administration would introduce several new payment options while coordinating with Venezuela’s National Superintendence of Crypto Assets and Related Activities.

The introduction of crypto payments at the airport would mark the firm’s commitment to move toward international standards and push digital currency adoption, as noted by Borges. The executive further said that the cryptocurrency payment option would be beneficial to foreign tourists, including those traveling from Russia. Borges reportedly stated:

“We must advance in these new economic and technological systems to be accessible.”

This news appears amid Venezuela experimenting with a central bank digital currency, with the nation’s central bank unveiling the digital Venezuelan bolivar on October 1. As opposed to a CBDC that is pegged to the Venezuelan national currency, the Petro is an oil-backed crypto that was launched by the government in February 2018.

Many airports and airlines globally have been reviewing various ways they could use to introduce blockchain-based functionalities and crypto payments in recent years. This exploration provides better options for cash payments and enhancement of customer validation services, like COVID-19 test results.

In March 2021, Latvian airline airBaltic began accepting Dogecoin (DOGE) and Ether (ETH) as payments for flight tickets after rolling out cryptocurrency payments in 2014.