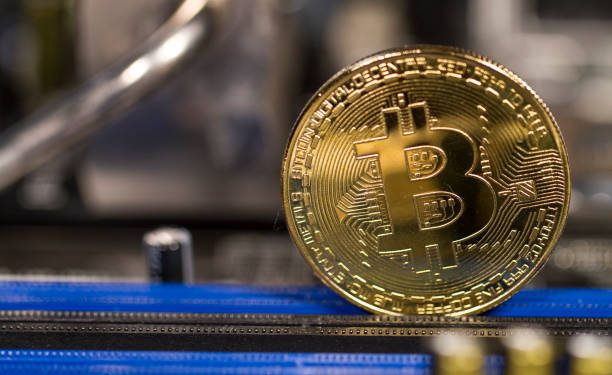 Bill Miller, the former Chairman and CIO of Legg Mason Capital Management, has once again expressed his full support towards the primary cryptocurrency. This time around, he compares “Bitcoin” to a luxurious Ferrari.

On the other hand, the billionaire investor took that opportunity to blemish the precious yellow metal describing it as an outdated “horse and buggy.”

BTC Is Better Than Gold

Fund manager and philanthropist Bill Miller joins a list of renowned crypto proponents who strongly believe that the leading digital asset is an indeed better store of value than gold.

While speaking in a recent interview with Forbes, Miller argued that Bitcoin possesses the characteristics of the luxurious sports car “Ferrari.” In the same context, the billionaire investor blemished the precious yellow metal asserting that it represents old times where a “horse and buggy were valuable at the time.”

Miller joins a list of prominent crypto proponents including, Michael Saylor, Mark Cuban, Anthony Scaramucci, among many more who have said repeatedly that Bitcoin is superior to gold. Together, they believe Bitcoin is more resilient because of its well-known maximum supply cap and digital presence.

Nonetheless, Miller is not new in the cryptocurrency sector. Although he was earlier skeptical about BTC, he has expressed his supportiveness to the asset lately. He has praised Bitcoin for its resilience to the global economic hurdles prompted by the COVID-19 pandemic.

“Warren Buffett famously called bitcoin ‘rat poison.’ He may well be right. Bitcoin could be rat poison and the rat could be cash.”

Since then, Miller has remained enthusiastic about Bitcoin even after its prices plunged more than 50% in the April market crash. Later the following month, he outlined that Bitcoin was safe and investors should see it as a more viable option even at its lower price:

“If I liked something at a higher price, it is a safe bet I will like it even more at lower prices.”

Bill Miller is not the first prominent investor to compare the flagship cryptocurrency with the luxurious fast vehicle. Last month, Ronald-Peter Stoeferle, Managing Partner and Fund manager at Incrementum AG, predicted that Bitcoin’s USD value would exponentially soar before the next decade.

He also believes that the BTC market cap would never flip gold, praising the precious yellow metal as the most secure financial instrument.

In this case, he argued that gold operates as a safe old Volvo, which can take you comfortably from point A to point B. On the other hand, Stoeferle described Bitcoin as riding in a luxurious Ducati Panigale, where traveling would be faster, enjoyable but consequently much riskier:

“And as soon as it starts raining or snowing it’s going to get really risky. You just have to choose if you can stand the volatility of bitcoin.”