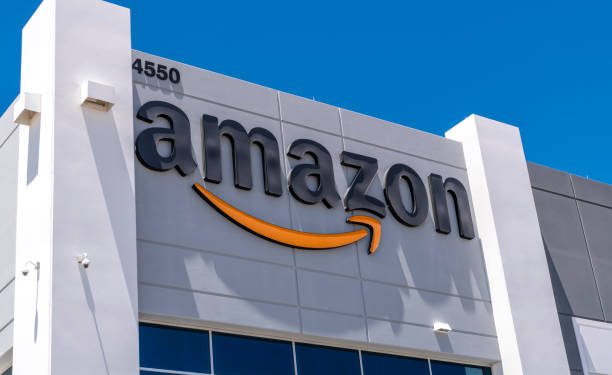 In Ireland, the retail and technology giant employs about 4,000 people.

More permits for foreign workers this year have been granted to Amazon than any other employer in Ireland.

According to the Department of Enterprise data, the retail and technology giant, which employs about 4,000 people in Ireland, has received 407 employment permits for non-EEA workers so far in 2021.

That number is more than twice Google’s allocation this year, and more than Facebook, Apple and Microsoft combined. Amazon’s development center, located in Dublin’s Burlington Plaza, was issued the most permits among its different business units with 241. Amazon web services had 93, data services had 41, and support services had 31.

The company did not respond to requests for comment.

Despite Amazon’s European headquarters being in Luxembourg, the company has developed a major presence in Ireland since first establishing an office here in 2004.

In Baldonnell, Co Dublin in Ireland it is opening its first fulfillment warehouse and a second logistics center next year, employing 500 in total. In July 2021 it announced that it was increasing its Irish workforce in Dublin and Cork by 1,000 to more than 5,000. The company has about 1m employees in total.

One of the biggest users of Ireland’s employment permit system is the IT sector, accounting for 2,961 of the 11,115 permits granted. Although the healthcare and social work sector employ far more non-EEA workers, 4,252 permits were issued in 2021. Despite also being relatively large users of the employment permit system, neither the agriculture, hospitality nor construction industries have received even 1,000 permits this year.

More permits were issued to Indians – 4,159 – than any other nationality. No other country had more than 1,000 permits issued to its citizens. Brazil, the Philippines, Sudan, South Africa, and the United States ranked among the top recipient countries.

IT professionals and engineers tend to fall into this category, even though employers must meet the criteria of the labor market needs test to receive a permit. As more sectors of the economy open up after the pandemic, demand will increase which, in turn, will result in Amazon hiring more workers to work in its Ireland offices.