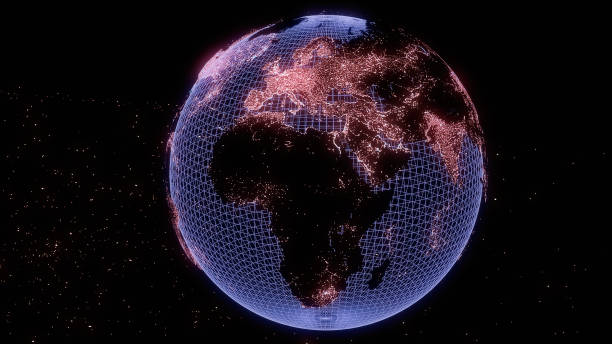 The latest data finding suggests that around 50% of the Africans who participated in this survey continue investing heavily in digital asset investment products to provide a better future life for their families. According to a recent Luno survey, most crypto owners from Nigeria, Kenya, and South Africa have entered the digital asset market with long-term goals including, a better education life for their families.

Luno, a London-based company, surveyed nearly 7,000 participants from different parts of Nigeria, Kenya, South Africa, the United Kingdom, Australia, Indonesia, and Malaysia to determine the main reasons that pushed them to turn to digital asset investments.

The survey found that a majority of the residents from three African countries are financially savvy and only invest in a viable portfolio and long-term goals, with 69% of them indulging in cryptocurrency to provide a better life for their families.

Surprisingly, 48% of residents confirmed that they would allocate their salaries to digital assets to safeguard their children’s future educational costs. In addition, 43% also maintained that they would do the same to establish a fund to pass on to their relatives. Only 3% of individuals polled admitted they had no imminent plan when making investment decisions.

While commenting about the survey result, Marius Reitz, Luno’s General Manager for Africa, described the situation in Africa as a “crypto revolution,” adding:

“In recent weeks, there’s been a lot of attention on the scale of Africa’s crypto revolution, and whilst its potential is hugely exciting, it’s vital we ensure consumers are engaging with this transition in a safe and responsible manner.”

Nonetheless, the survey noted that a relatively large proportion of African residents lack basic knowledge about digital assets investments. This lack of knowledge might have contributed to the majority of people not investing in them.

The survey found that 55% of Nigerians did not understand anything about digital asset investments, while the percentages in South Africa and Kenya stood at 56% and 64%, respectively.

Overview Of The Rest Of The Countries

In that context, the survey found that one-third of participants owning cryptocurrency has allocated up to 10% of their portfolio in digital assets. Another 12% have 11-20%, while 10% have allocated 21-30% of their wealth in Bitcoin or other altcoins.

Before summarizing, the survey noted that many crypto holders are much more likely to accumulate other types of financial assets versus the general population. The survey revealed during the polling that roughly 4% of Kenyan participants reported owning both digital assets and gold.

In the same context, the metrics also jumped to 39% and 63% in Malaysia and Indonesia, respectively.