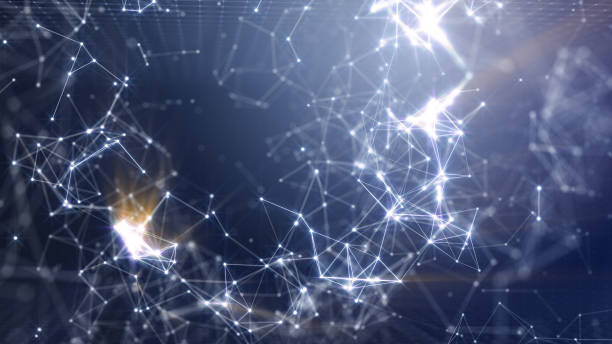 Bitcoin will always be the boss in the crypto world. However, the real innovative and groundbreaking developments seem to be happening in layer-2 solutions, NFTs with utility, DAOs, and emerging metaverses.

Something is now happening and anybody keen will know what is up. As most traders have now come to expect, Bitcoin (BTC) is doing some ‘Big things’ by bouncing around between the normal ‘key’ support and resistance zones, and honestly, it is all starting to feel quite boomer-ish.

Bitcoin’s much-awaited ‘moon’ depended mainly on institutional investor buy-in, breaking the past all-time high at $19,000 and a set of several other firmly held beliefs. All that happened and the surge to $64,900 surpassed most investors’ wildest dreams.

But despite all that, the whole Bitcoin situation just seems quite predictable and somewhat boring if you think that the highest-ranked crypto will explode to $100,000 in the current bull market.

Something is brewing elsewhere. Decentralized autonomous organizations (DAO) are explosive, play-to-earn gaming is hot, nonfungible tokens are thriving, and the metaverse is mooning.

Most investors are now heading to these budding fields, building, speculating, networking, pondering, and doing a lot of things that matter. What is unique about all those that are putting in the work in the trenches of crypto is that the basement approach and bottom-up creating trend are leading to some of the space’s massive projects.

– randomized adventurer gear
– no images or stats. intentionally omitted for others to interpret
– no fee, just gas
– 8000 bags total

available via contract only. not audited. mint at your own risk pic.twitter.com/uLukzFayUK

For instance, Take Dom Hofmann’s “Loot” project and the recent BridgeLoot and Good Bridging drops in the Avalanche ecosystem. Instead of putting on a suit, chasing after venture capital dollars, and bringing together some C-suite-friendly presentation, Loot was minted for free by the interested participants who were willing to pay the gas costs, and the community attached value to the NFTs through OpenSea sales.

The value of these new ideas was agreed upon by a flurry of discussions in Discord, and anyone else who has an idea was free to launch their in-house derivative contract where Loot holders may then replicate the minting and listing cycle once more.

Will Papper’s airdrop of 10,000 Adventure Gold (AGLD) to the Loot NFT holders soon became worth more than $50,000 and catapulted the whole project to stardom and into most of the history books. It was important the Yearn.finance of NFTs, some people believe.

There Is A Major Shift Happening Currently

The unique and intriguing thing about Loot is that it has set the ground for what is now becoming a new drop model in the space. This process features the creation of a product, whether a protocol or an NFT, mentioning the details to any interested community, and letting them mint tokens for free within the 7,777–10,000 supply range.

After that, the creators let the community, believers, speculators, and OpenSea does the rest of the work. Hofmann encouraged the whole family to do what they wanted to do with the project. He added:

“This is yours! Go and build, my children!”

The anon genius behind the Good Bridging (GB) token drop also did the same thing but with less guidance. Normally, 16,000 of the early users on Avalanche’s Ethereum-to-Avalanche bridge acquired an 895-GB token airdrop. At its highest price of $2.60 per GB, it was worth about $2,300.

On top of that, GB holders who did not instantly liquidate the drop were quite eligible to mint a gasless BridgeLoot NFT as a reward. Several hours later, the Avalanche-based NFT marketplace Snowflake authenticated and listed BridgeLoot, where most of the holders listed their nonfungible tokens for 20–100 AVAX.

From a markets perspective, it is known that money chases after money. Most of the investors chase after liquidity, and that is the part of what pushes the price action within the markets.

All this is happening with all of the layer-1 incentive launches where hundreds of millions of dollars are moving from ETH to Terra (LUNA), or Ether (ETH) to Fantom (FTM), or ETH to Avalanche (AVAX), or ETH to Arbitrum (ARB), or Ether (ETH) and USD Coin (USDC) to Web 3.0-based decentralized exchanges like GMX and dYdX.

The point is that cryptocurrency is now driven by liquidity and different market trends. The entire Loot phenomenon let the cat out of the bag and managed to enlighten the builders and developers on a feature that has mostly been present but just uncovered recently. Bottom-up fundraisers, nonfungible tokens with utility in metaverses, DAOs, and the great liquidity suck a lot into a layer-2 ecosystem are here for the long term.