Cryptocurrency Adoption In Africa Increases By 1,200% In 2021 -Chainalysis 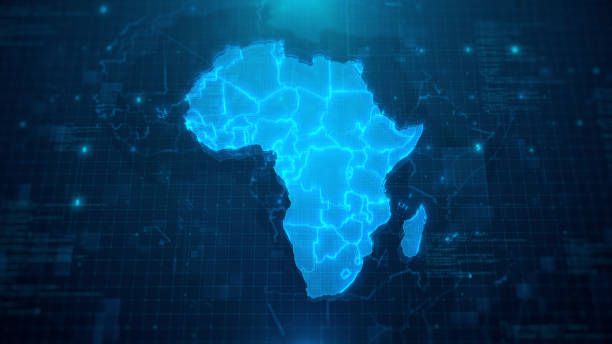 Data findings from Chainalysis confirm that crypto adoption across African nations has exponentially surged, with the growth rate now exceeding 1,200% on year-to-date (YTD).

According to the Chainalysis blockchain data analytic platform, the 1,200% increase in cryptocurrency adoption volume is almost twice the global growth rate on average. The rest of the world jointly garnered an 880% increase over the same period.

Besides nearly doubling the entire world’s crypto adoption growth rate, the African region has also sliced a large share among the highest grassroots adoption rates in the world, with Kenya, Nigeria, South Africa, and Tanzania ranking among the top 20 in Global Crypto Adoption Index 2021.

As Chainalysis reports, the significant growth rate intensified across Africa due to the massive adoption of cryptos as a viable mode of transaction among retailers and non-institutional traders, unlike in third world countries where institutional investments are fundamental to the ecosystem.

A relatively similar chart illustrates that peer-to-peer trading functionality has become extremely popular in Africa than in the entire world. Chainalysis describes P2P trades functionality as a major factor for crypto adoption, along with purchases, remittances, and other financial interactions that use cryptocurrency as means of exchange.

P2P trade functionality is critical for the cryptocurrency adoption explosion that intensified in many countries across the African region.

Data acquired from Chainalysis and Useful Tulips confirms that P2P functionality on LocalBitcoins and Paxful has significantly skyrocketed since 2021.

Nevertheless, apart from traditional exchanges, there is a preference for more private and informal mechanisms that were heavily embraced, including Whatsapp and Telegram groups. In that context, P2P trading volume might be much higher than what the compiled data illustrates.

Why Africans Are Embracing Cryptocurrencies

“Binance used to be the most popular platform by far, but after the central bank’s sanction, many are moving to P2P platforms, like Paxful and Remitano.”

Considering many parts of the African continent are dominated by the unbanked population, the use of P2P platforms has established itself as an easy way to move funds internally, with the report stating that 96% of crypto transfers in Africa are related to the remittance market.

Chainalysis argues that the use of Bitcoin and other cryptocurrencies has offset the high cost associated with international transfers.

While speaking in an interview with Chainalysis, Artur Schaback, Paxful COO, insisted that in addition to the lower transaction cost offered by cryptos, there are other legal constraints that Africans can avoid through using cryptocurrencies:

“If the government is strictly limiting the amount of money people can send abroad, they’ll get creative and turn to cryptocurrency. In many of these frontier markets, people can’t send money from their bank accounts to a centralized exchange, so they rely on P2P.”