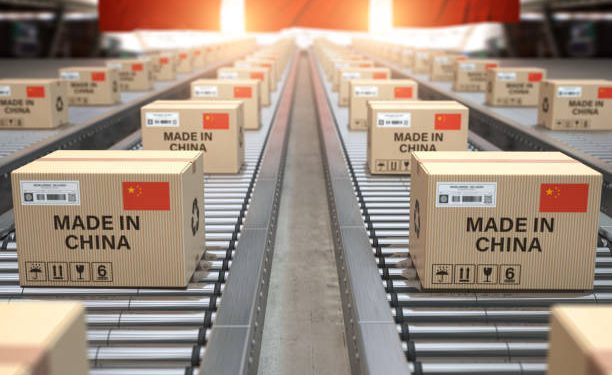 China’s industrial output and retail sales in August grew slowly in a year and came in below expectations during the Covid-19 confinement measures, according to evidence from the National Bureau of Statistics of China (NBS).

Industrial output surged by 5.3% year-on-year in August, which is the slowest uptick on record since July 2021, as a result of semiconductor shortage and multiple government policies created to curb pollution. This compared with the market consensus for a 5.8% growth and a 6.4% growth in July.

The retail sales gained 2.5%, the slowest gain in 12 months and marked as the fifth consecutive month of slowdown. This data was way below market expectations for a 7% growth and compared with an 8.5% increase in July.

“Various cities were placed under strict lockdowns amid a resurgence in infections, which exacerbated the negative impact of extreme weather conditions, dragging retail sales and industrial production growth lower.”

Notably, the services industry also weakened, with the sector’s output growing by 4.8% compared with a 6% growth in the previous month. A senior China economist at Capital Economics, Julian Evans-Pritchard, said in a note:

“The hit to service activity from last month’s virus outbreak was even larger than we, and other forecasters had anticipated.”

“The sporadic outbreak of COVID-19 and natural disasters such as floods had caused an impact on the economy, and the foundation for the economic recovery still needs to be consolidated.”

Wang from ANZ believes that the September 15 data raise is a possibility for the People’s Bank of China (PBOC) to further cut banks’ reserve requirement ratio after 50 basis points cut in July.

“We continue to expect either 50bps of targeted RRR cuts or targeted MLF [medium-term lending facility] in Q4.”

Holiday Growth In September And October

“domestic sentiment could climb with the approach of the holiday season, which includes the Mid-Autumn Festival (September 21) and National Day vacation week (starting October 1). The latest coronavirus resurgence in Fujian province may have dampened cross-region travels, but localized consumption and tourism may be boosted instead.”

Moreover, Wang expects that infrastructure investment might pick up gradually, due to the government’s policy push. In that context, investment in fixed assets grew by 8.9% in the January to August period, based on NBS data.