SalamAir Is The First Airbus A321neo Operator In Oman 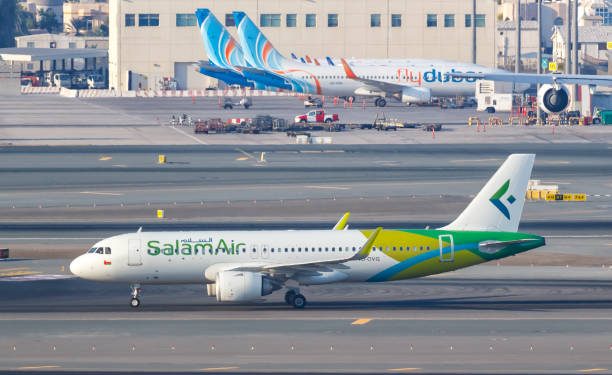 SalamAir, a Muscat International Airport (MCT)-based airline received its first of two Airbus A321neo aircraft on September 10, 2021, as it aims to expand its network from the Sultanate of Oman. With the ability to deliver a high level of comfort, the new Hamburg Finkenwerder-built aircraft will enable the airline to expand its network to new destinations in the Far East, Europe, and Africa.

The aircraft named Masirah W is leased from GE Capital Aviation Services (GECAS). It comes with the registration number A4O-OXA and it will add to the Arabian Peninsula carriers fleet of six A320neos. This arrival of the new Airbus A321neo makes SalamAir one of the first airlines to operate the plane in the region. 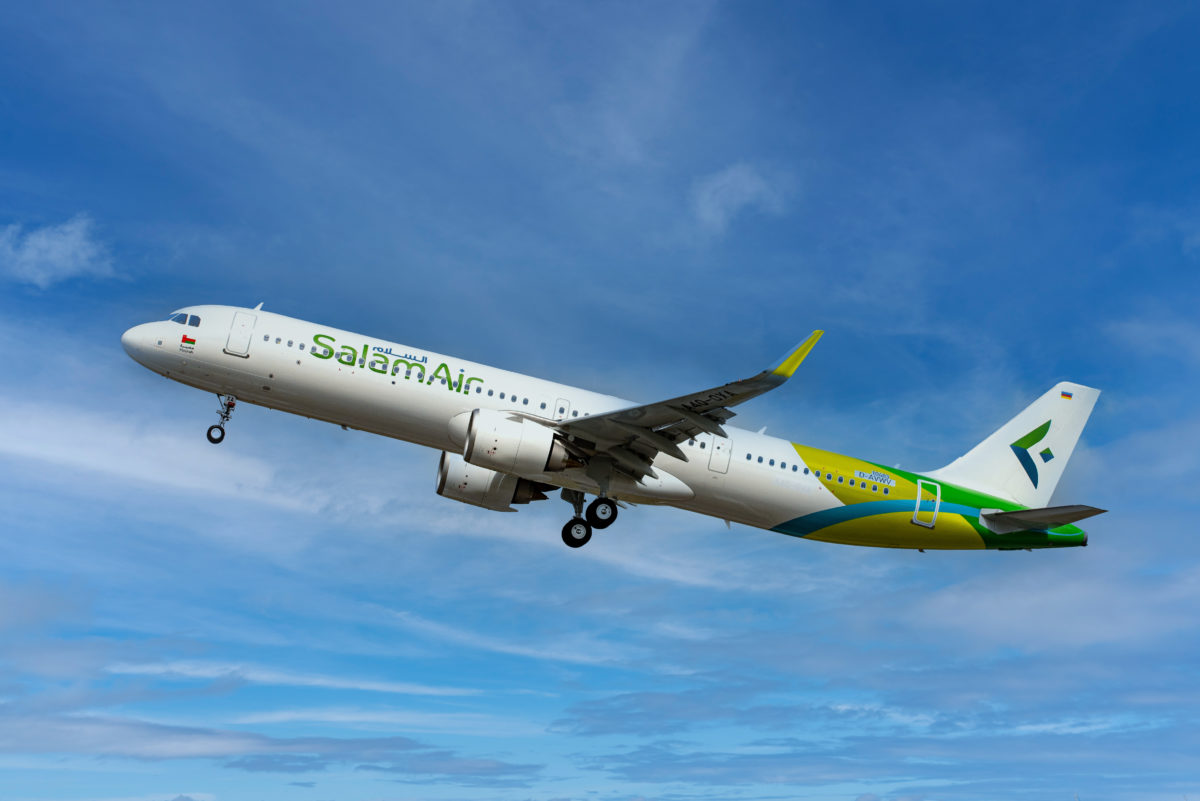 While speaking about this new 212 seat aircraft in an official company statement that was released on September 10, Michael O’Mahony, GECAS SVP & Region Manager, stated:

“GECAS is pleased to deliver our first aircraft with SalamAir, one of the fastest-growing low-cost carriers in the Middle East. These CFM LEAP-powered aircraft will assist in their expansion into locations in Asia and Europe.”

This aircraft’s extended range and its ability to fly continuously for nearly eight hours meet SalamAir’s ambitious plans to connect the Sultanate to the rest of the world. By adding the long-range fuel-efficient aircraft to its fleet, the airline is now working to meet the nation’s desire to open up to international tourists.

In the company statement announcing the arrival of this new plane, Captain Mohamed Ahmed, who is also the CEO of SalamAir, said:

“We are pleased to introduce the newest A321neo aircraft into our fleet as we continue to expand our network. The induction of the A321neo aircraft marks another step towards meeting the needs of international, regional, and domestic passengers in the perpetually growing aviation market. The employment of this aircraft to our fleet with its additional range and extra 32 seats to our existing A320neo will support the growth plans of our airline’s network. We are honored to supplement our airline’s fleet with a new aircraft that offers lower operating costs, superior eco commitment, and greater comfort for our passengers.”

In the same statement, he added:

“We are also delighted that SalamAir is well-positioned to be part of and help accelerate Oman’s air travel growth and Vison Oman 2040, contributing to the growth of the country is one of the main goals of our company.” 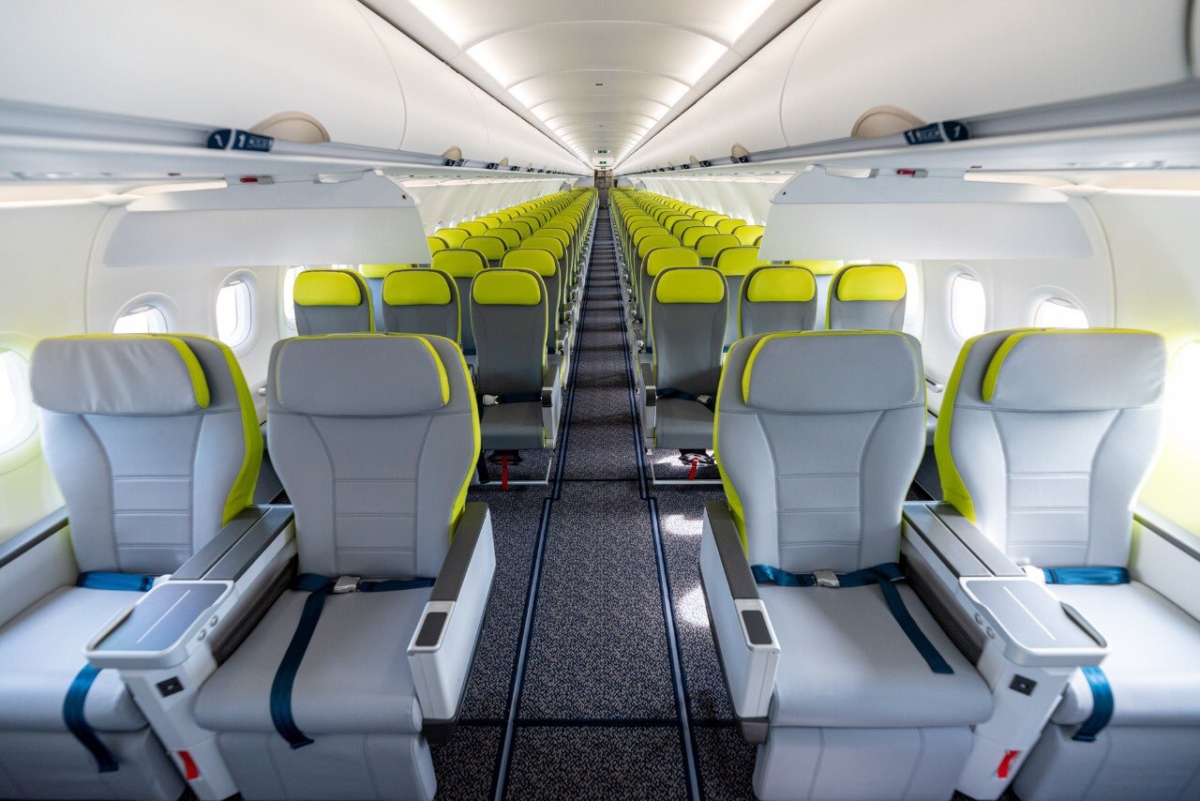 The President of Airbus Africa, and the Middle East, Mikail Houari, said:

“We are proud of our partnership with SalamAir. The A321neo is a state-of-the-art aircraft that will help expand the airline’s network whilst bringing significant savings to the airline and optimum Passenger comfort.

“We look forward to celebrating many more successes and milestones together for years to come.”

Based on aviation data and statistics acquired from ch-aviation, SalamAir aims to deploy its new Airbus A321neo on routs from Muscat International Airport (MCT) to these destinations: 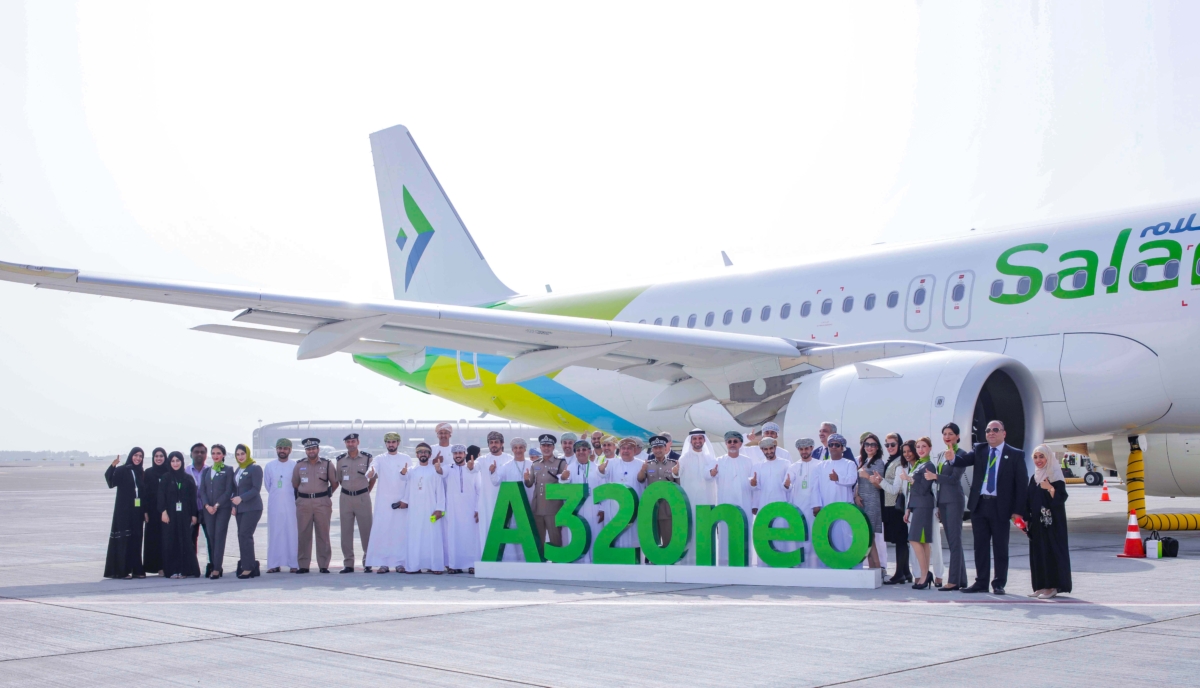 Based on the Swiss site, the aircraft is designed with 212 seats that comprise four business class seats and 208 economy class seats. Owning one of the youngest fleets in the entire Middle East region, SalamAir flies its six Airbus A320neos and new Airbus A3231neo to more than 84 airports in 35 countries.