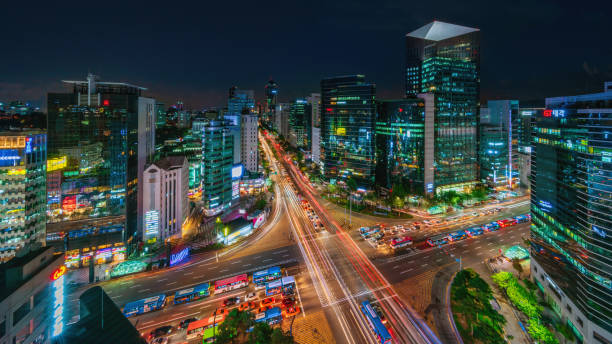 News has emerged that the Blockchain Service Network of China (BSN) has officially authorized MetaverseSociety, a Korean blockchain firm, to operate outside the market jurisdiction of the Republic of China.

MetaverseSociety is now the first blockchain firm to operate within the BSN portal outside China. In a September 1 Twitter blog post, Red Date Technology, one of the four founding members of the Chinese Government-backed Blockchain Service Network (BCN), confirmed the official authorization of Korean firm MetaverseSociety to operate outside mainland China.

In a subsequent tweet, Red Date Technology also revealed that the Korean blockchain firm expects to launch its BSN-powered portal in November this year.

According to the tweet, the MetaverseSociety portal will allow local developers to build and operate blockchain applications quickly and effectively once the BSN goes live.

Thrilled to introduce MetaverseSociety @MarX_Metaverse, the exclusive BSN portal operator in Korea. The portal will launch in Korea in November 2021 and will empower Korean developers to build and operate blockchain applications quickly and effectively. Stay tuned! pic.twitter.com/NcebpSDUEV

Chinese regulators publicly announced the official launch of its BSN in April 2021, with the Government-backed blockchain network comprising of a joint initiative between the National Information Center, China Mobile, China UnionPay, and the Red Date Technology.

In June 2021, Red Date Technology announced the successful completion of a $30 million fresh capital from a Series A equity funding round.

Prosperity7Ventures and Kinetics led the funding round that saw participation from other notable institutions, including Switzerland’s Bank Pictet and Thailand’s Bangkok Bank.

While commenting about the funding initiative at the time, Red Date Technology CEO Yifan stated:

“The Internet’s ‘golden age’ was only made possible when the cost of building websites was reduced to near zero. The BSN makes the cost of creating and running applications exceptionally low, with the added benefit of multi-frameworks and interoperability, and larger customer bases.”