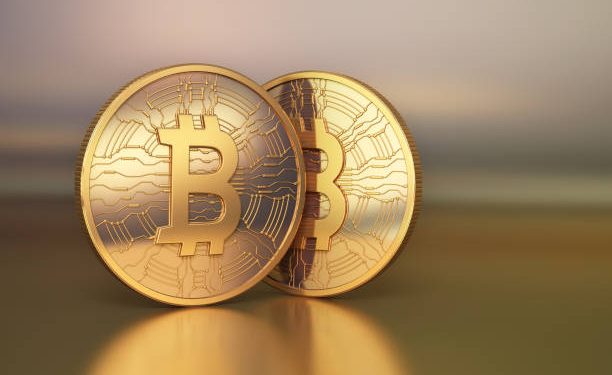 MicroStrategy has once more acquired more bitcoin (BTC), with the firm adding 3,907 BTC to its holdings. The company’s Bitcoin holdings are now worth over $5.3 billion at the current market prices.

Based on a Form 8-K filing with the US Securities and Exchange Commission (SEC) published on August 24, 2021, the business intelligence increased its Bitcoin holdings by another 3,907 bitcoins between July 1 and August 23.

The SEC filing also revealed that the company spent an average of $45,294 to buy the coins. With this latest purchase, Michael Saylor’s company now owns 108,992 bitcoins that cost the firm around $2.918 billion to buy at an average of about $26,769 per “coin.”

With Bitcoin trading around $49,000, the firm’s BTC holdings are worth more than $5.3 billion.

Today’s purchase announcement also serves as a great fulfillment of earlier promises to continue growing its bitcoin position. Back in June 2021, the company said that the paper losses suffered on its holdings in the crypto market decline in Q2 had done nothing to dampen their bitcoin appetite.

The more than 50% crypto market decline caused some impairment losses for US companies with Bitcoin holdings. Tesla reported a $23 million impairment loss on its BTC holdings as part of its Q2 financials.

MicroStrategy said that it had purchased bitcoins for the first time in August 2021 and has continuously added to its bitcoin position. The company’s CEO, Michael Saylor, has also become a bitcoin supporter even encouraging other firms to add bitcoin to their balance sheets.

The latest bitcoin balance sheet expansion comes after the BTC price action moved above the $50,000 level for the first time since May 2021. This move marked an 87% upside move for the biggest crypto by market cap since dropping to the $27,000 bottom in mid-May.

Bitcoin is now facing a major resistance that it needs to break through after a huge rally of 70% since the recent low in July at $28,000. The resistance has formed in the psychological zone between $50,000 and $51,000. Analysts have classified this as the final resistance before a new all-time high.

The correction began when Michael Saylor announced that MicroStrategy has acquired another $177 million worth of BTC, while the firm is already one of the biggest holders of bitcoin recently.

The market is yet to record any significant correction since the recent bottom at $28K, through which a possible correction may be on the horizon. Bitcoin is now facing a critical resistance to breaking through at $51K.

Based on the daily charts, there is a major resistance coming up. The $51K zone is critical for the markets to break past since the level was the considerable S/R flip before the heavy crash that happened in May. If the markets fail to pass this level, a correction for the whole market might happen. That is not unexpected since the altcoins are showing some signs of overheating.

Besides, the chart indicates that there is a possible bearish divergence that might be opening up. This bearish divergence often precedes a major correction. Given the importance of the $51K zone, this region is the final resistance before a massive surge towards the all-time high might happen.

In case the $51,000 resistance breaks, there is the possibility of a short squeeze between $57,000 and $59,000. Nonetheless, given the recent correction in the market, an extra corrective move might happen.

The critical level to watch for a possible breakdown is the whole region, near $44,000. This level marked a new higher low in the current price action and is the most probable level to support the markets in case a wider correction happens.

Apart from the $44,000 level, the next level of support has formed at $40,500 which was the previous high. In general, the market should not be plunging beneath $37,500 since that is the last breaker before new lows appear on the tables. For now, the rejection at $51,000 may open the way for more downside movement.

The total market cap of cryptos indicates that there is a huge run since the recent low at $1.2 trillion. Since that time, the market has been rising by more than 70% to reach highs of $2.1 trillion.

The highs at $2.1 trillion seem to be the final resistance zone before the market experiences a breakout to the upside. Near that is a possible bearish divergence that is also beginning to emerge on the chart, calling for an expected near-term reversal that is waiting to happen.

Based on data acquired from the current chart, support has formed around the $1.75 trillion level, since it is the recent compression area. Additionally, it is also a recent high. Such a high might mark a possible new range to be established. In case the level of around $1.75 trillion does not sustain the support, another correction towards $1.55 trillion is likely to happen.

Nonetheless, the whole correction will get invalidated with a possible breakthrough above $2.1 trillion. If the upside break happens, the chances of crypto markets continuing to rise towards new all-time highs above $2.5 trillion might occur.

Critical Support For Bitcoin At $48K For Lower Timeframes

The 2-hour chart for bitcoin shows a critical level to sustain for the market to continue with its upside trajectory. If the zone located at $48,000 does not offer reliable support, the price of bitcoin will drop back into its previous range.

This previous range had strong support at the $44,000 level, and that is most likely going to generate the next support for the whole correction. Nothing is for sure, but if bitcoin loses $48,000, some stop-loss triggers may happen to result in a possible plunge toward $44,000.

Such a move might hurt the altcoin market as well. Nonetheless, investors and traders need to understand that the market moves up in waves. During the upside cycles, mostly the big ones that have been seen recently, corrections are expected before a new impulse move can happen.