What Is Stacks (STX)? 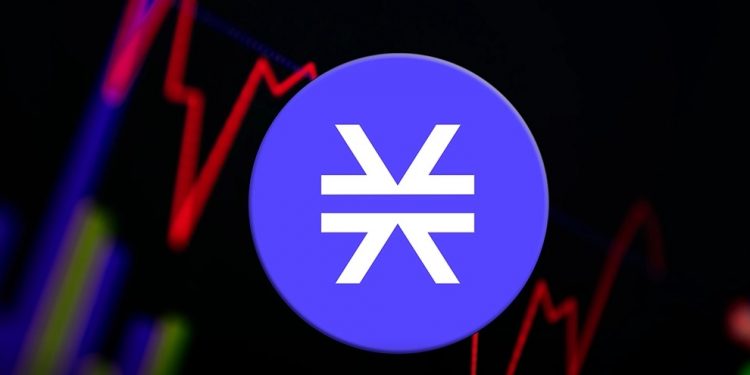 Stacks (STX) is a bitcoin-integrated platform that seeks to curtail the scalability issues encountered by bitcoin. On its part, Bitcoin (BTC) has won the hearts of many users through the various exclusive features that it possesses and for its being the first and most successful of all cryptos.

Its economic ability also makes it quite popular among investors. It has become the dominant force of the crypto world even affecting the price action of the entire crypto world single-handedly. But, there are still some loopholes with the network that most blockchain projects have already proposed to combat.

Stacks is a platform that is designed to facilitate the use of smart contracts and decentralized applications on the network. This blockchain platform generates all its power from Bitcoin as it depends mainly on it for security and the execution of transactions.

In that context, the Bitcoin network acts as the finality and security layer for the smart contracts that are contained and executed in the Stack Blockchain. In the meantime, it is possible via the Proof of Transfer (PoX) mechanism the platform adopts.

The correction that is down between stacks blockchain and Bitcoin supports the execution of transactions on the stack network and validation on the Bitcoin blockchain.

Stacks’ evolution started in 2013. This project was developed by the Blockstack founders who include Muneeb Ali and Ryan Shea. At first, the platform aimed to offer a better internet system.

Several years later, the project started to gain support from capital funds, including the Winklevoss twins, Digital Currency Group, and Combinator. After that, the platform enjoyed more development. Some of the members behind this project include leading researchers from Princeton, MIT, and Stanford.

Unlike the other blockchain projects that use the proof-of-work and proof-of-stake mechanism to secure their networks, Stacks has created a new consensus algorithm that is ideally designed for its operations and to secure its network entirely.

Their mechanism is deduced from the Proof-of-Burn concept. Being known as Proof of Transfer (PoX), it has already marked the first consensus mechanism to use two blockchains. The concept guarantees that the already mined and existing cryptos of an existing and validated blockchain are not burnt. Instead, they manage to secure the new blockchain.

In this case, the Proof of Transfer mechanism eliminates the current strategy of burning cryptos. It stipulates that the mined cryptos are transferred to other participants within the ecosystem.

Being a new consensus mechanism, the Proof of Transfer enables the network to facilitate its reward protocol. Interestingly, the system lets the network participants receive rewards and transaction payouts in the currently stable cryptos. It provides the participants with a chance to participate in the new blockchain simultaneously.

The system enables Stacks to eliminate challenges that users experience with budding and new blockchains. Therefore, new users feel confident about joining a nascent network. Furthermore, since the network is mainly integrated with an existing blockchain (Bitcoin), it uses an already extremely secure blockchain to secure new chains without the need of using new Proof-of-Work chains and cryptos.

As stated earlier, the Stacks Blockchain offers significant support for decentralized applications and smart contracts. Also, it boosts the creation of flexible virtual assets that are readily and easily transferable.

In a precise description, this programming language uses some predictable source code for executing the smart contracts while publishing them on the blockchain nodes. Thus, the system uses the tool in facilitating the security of the Stack ecosystem through the decidable programming language.

Bitcoin and Stacks are normally two interconnected blockchain networks that work concurrently. Interestingly, both blockchain platforms do not depend on each other. They are independent networks connected through the Proof-of-Transfer (PoX) consensus mechanism.

Through this system, the miners can transfer new cryptos and smart contracts on Bitcoin to the other participants of the Stack network.

Stacks 2.0 is an upgraded innovation from the Stack team to bring in some secure apps and smart contracts to Bitcoin. The Stacks 2.0 mainnet launch enables developers to use the Stacks protocol to create a user-owned internet on bitcoin. This platform enables users to earn bitcoins.

Additionally, it is used for transaction processes like paying fees and receiving rewards. The token also follows the same successful trail with its blockchain network. Notably, it has attracted the interest of a considerable number of users, mostly the users who crave Clarity smart contracts.

The token is now available for trading at legal and leading crypto exchange firms.

Moreover, a major challenge for the BTC network is scalability. Therefore, Stacks blockchain seems to solve the scaling challenges with Bitcoin. Stacks extends the BTC transaction capacity since Bitcoin has limited space for transactions.

Stacks also adopts Bitcoin’s efficient security and finality to protect transactions conducted within the ecosystem. This network uses Bitcoin to settle transactions on the BTC blockchain for every block that is generated.

Stacks is quite beneficial to cryptocurrency users, mostly members of the Stacks community. The Stacks blockchain has provided users the advantage of enjoying cumulative features of two independent blockchains on every activity.

Members of the decentralized finance (DeFi) space can enjoy the extended features of Bitcoin while they execute smart contracts. Stacks gives its members the chance to earn Bitcoin.

Various reward programs that the network offers are normally offered using bitcoin. Stakers of the Stacks blockchain have the chance to earn their rewards in BTC instead of any other token that would need them later to change to bitcoin.

Stacks comes with unique features that make them a great addition to the blockchain sector. Since it lets users enjoy the merging of smart contracts with Bitcoin’s functionality, it is correct to say that Stack’s services will enhance the adoption and use of Bitcoin in the crypto sector.

The most notable function of the Stack blockchain makes it quite possible to project a successful future for the network in the sector. The opportunity it gives users to earn bitcoin by just participating in the network is a point of attraction geared towards the network.