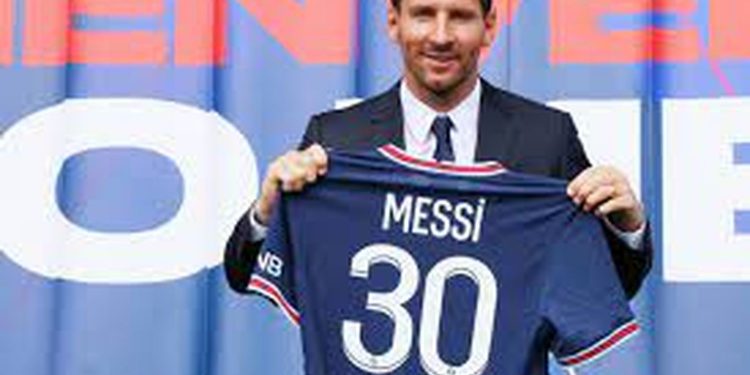 The series of crypto artworks that are known as “Messiverse” and developed by the digital artist BossLogic, will go on sale this weekend. Notably, the nonfungible token (NFT) platform Ethernity Chain is set to host the collection exclusively. The NFT collection of Argentine football star Lionel Messi is getting ready for launch.

Based on an official post from Ethernity, the Messiverse will comprise of NFTs such as “The Man From Tomorrow”, “The Golden One”, and “The King Piece.” Reports also indicate that these artworks will represent the 34-year-old footballer as a king, a superhero, and a Greek Titan, among other things.

Moreover, Ethernity revealed “hidden” nonfungible tokens on their official  Twitter, earlier on August 21. The tweet described the artwork as:

“The legend himself, forever sculpted on the blockchain.”

London-based digital artist Impossible Brief developed this hidden NFT; in the meantime, the Australian BossLogic was the creator of the other pieces in the collection. In the past, BossLogic worked with Marvel and Disney and also worked closely with Ethernity on their pre-launch NFT collection. 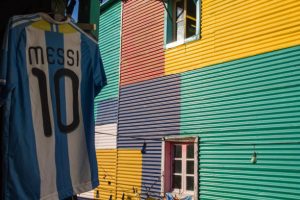 The unveiling of Messiverse comes amid a significant move for its subject. Lionel Messi ended his 20-year tenure at Barcelona on August 10, 2021. He joined the club as a youth in 2000. After ending things with Barcelona, he went on to join the French club Paris Saint-Germain.

In the light of news about his possible signing, the PSG club fan token registered a considerable price surge. The token surged by 100% within four days. Also, Paris Saint-Germain welcomed their new player with lots of PSG tokens. Reports confirm that these tokens formed a part of Messi’s welcome package of €25-30 million (equating to $29-35 million).

NFTs And The Football Industry

The fan tokens are not the only place where the crypto space has found its ground in football. Just like many other branches of sport and entertainment, nonfungible tokens have become quite prominent in the footballing world, with the Messiverse collection being the latest to arise therefrom.

This year so far, the legendary likes of Pele also got on the nonfungible token train. He unveiled his collection of digital trading cards back at the start of May, also working together with Ethernity.

Additionally, more recently, Pele’s fellow Brazilian countryman Ronaldinho unveiled his NFT collection while collaborating with creative studio INFLUXO. Up to seven unique NFTs will be auctioned on INFLUXO’s integrated marketplace. Furthermore, the winners will also have an opportunity to win an opportunity to meet Ronaldinho in Dubai in 2022.