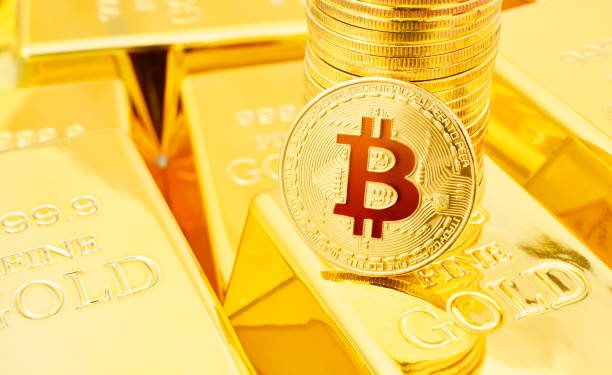 Evolution Mining’s executive chairman has said that gold and Bitcoin might coexist, but the crypto is not yet mature enough to deliver the established have assurance for the investors.

While speaking to CNBC on August 19, Klein insisted that Bitcoin is still miles away from offering the longstanding security that is associated with gold from a hedge investment point of view, despite BTC’s returns exceeding gold by many orders of magnitude in the past ten years.

Klein believes that crypto is still a speculative asset and the attendant volatility inherent in these markets will point investors back to gold. The unstable nature of crypto prices is a mostly-cited criticism of cryptocurrency as an asset class. Back in June 2021, Francesca Fornasari of BNY Mellon subsidiary outfit Insight Investment insisted that BTC’s price volatility, among the other factors, might make bitcoin unsuitable for institutional investors.

Data acquired from Woobull Charts puts Bitcoin’s 60-day volatility at about 11.69% after bitcoin’s unstable price action in June when the yearly 30-day volatility increased to a one-year high above 11.7%

Gold has also recorded a choppy price performance since the beginning of the year with swings of up to $200 between June and August. Despite Klein’s statements about gold still being the senior to Bitcoin, the miner said that both assets may coexist while dismissing allegations that bitcoin will surge above and even replace the precious yellow metal on the haven asset perch.

Based on previous reports, Bloomberg strategist Mike McGlone recently mentioned that bitcoin was replacing gold. In the terms of returns, Bitcoin is way ahead of gold across all time frames since the crypto came into existence in 2009. Gold’s 10-year returns recently turned negative while Bitcoin’s performance in the last ten years sits at more than 360,000%.

Considering the past year as a reference point also paints the same picture. Gold has lost 8% since the August 2021 highs, while Bitcoin has gained 300% since August 20, 2021. Bitcoin proponents believe that the crypto will become the digital gold eventually while the gold bugs believe that the crypto will wither eventually and leave gold to dominate the haven space.