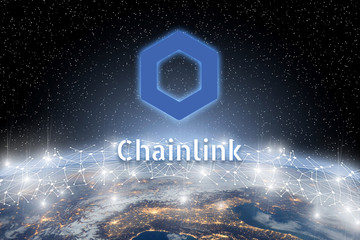 By description, Arbitrum One is a Layer 2 scaling solution developed by Off-chain Labs that aims to increase the efficiency of transactions on Ethereum networks and reduce the cost associated with it.

On August 12, Chainlink confirmed its successful integrations with Arbitrum One, which now allows its developers to readily access their financial market data directly on-chain.

Additionally, the new integration aims at providing top notch functionality to decentralized exchanges, algorithmic stablecoin, and other advanced DeFi products on the Arbitrum One network.

Many leading DeFi protocols have already expressed their intention to use Chainlink’s data oracles for their Arbitrum developments, including Aave, MCDEX, and Tracer DAO. While commenting about the new integration, a member team behind Arbitrum, Ed Felten, co-founder of Off-chain Labs, stated:

“Providing smart contract developers on Arbitrum One with native access to Chainlink’s oracle networks was crucial to ensure all of the smart contract use cases that exist on the Ethereum blockchain can be seamlessly ported over to Arbitrum with next to zero changes.”

Today, only Chainlink’s USD-denominated price feeds have gone live so far, with the team planning to quickly establish new prices and data pairings. But, the team noted that there is growing demand for “hybrid on-chain/off-chain smart contracts” in the sporting, gaming, and non-fungible token sector.

In the same context, Chainlink revealed ready plans to launch its Verifiable Random Function on Arbitrum One, enabling provably fair random number creation for games and other applications.

Additionally, Chainlink also wants to launch its Proof of Reserve service on the Abitrum One network, with the oracle provider aiming to allow auditing of collateralized assets. Also, it aims to call any web API.

Off-chain Labs established Arbitrum One in late May, making a major milestone in the growth of Ethereum’s layer-two ecosystem. Since then, the network has attracted many leading teams building on Ethereum, including Reddit, Uniswap, and SushiSwap.

Nonetheless, Optimism has also made significant recent progress, with Synthetix enabling trading on the layer-two scaling solution two weeks ago.