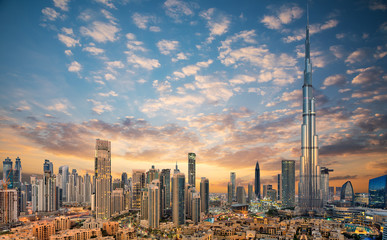 The regulatory authority has oversight on all the financial companies operating in the Dubai International Financial Center. Through the DFSA, a foreign company can invest in Dubai without the restriction of appointing a UAE resident as a major stakeholder. Because of the innovations in this region, a DFSA license has become increasingly popular among investors.

Christopher is a veteran in the financial regulation sector, having served for around three decades in the public and private sectors. The new Chief Executive previously held policy and supervisory positions at the Federal Reserve Bank of New York for 22 years. He left the bank in 2017 as a Senior Vice President. He was also once a Member of the Secretariat at the Bank for International Settlements.

Before joining DFSA, he worked at the Bill & Melinda Gates Foundation for four years. He helped the foundation develop regulations that will help it achieve its digital financial inclusion goals. In his tenure at Bill & Melinda Gates Foundation, Christopher was responsible for developing policies and supporting financial systems in developing countries.

Fadel Al Ali, Chairman of the DFSA, stated that the agency was focused on building a regulatory environment to boost innovation and attract new markets and investors. He mentioned that Christopher’s experience working in complex environments would enable the DFSA to set up the DIFC region as a global financial hub.

“During his tenure, Bryan has played an instrumental role in maintaining the DFSA’s reputation as a leading global regulator and has been a valued and respected leader at the DFSA, particularly through a challenging period. Bryan has also been an exemplary ambassador for the DFSA on a global stage through his participation in the work of international standard-setting bodies. On behalf of the Board, I wish to convey our greatest appreciation to Bryan for his many achievements and contributions.” Fadel added.