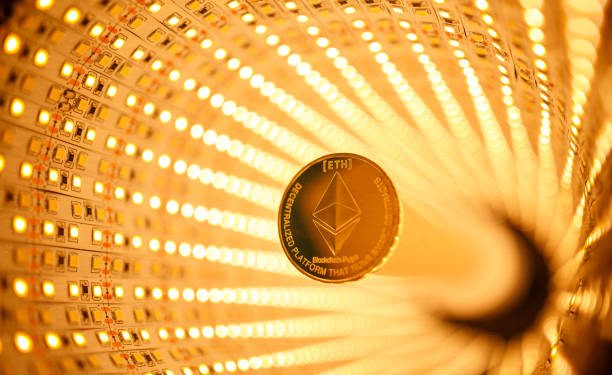 Ether has outperformed Bitcoin (BTC) with regards to year-to-date market performance, surging by over 320% against bitcoin’s 54% returns. However, based on Mike McGlone, Bloomberg Intelligence senior commodity strategist, BTC might soon catch up to Ether’s gains, which may even push its per-unit price to $100,000.

“If Bitcoin were to catch up to Ethereum’s performance this year, the No. 1 crypto’s price would approach $100,000.”

While the analyst did not dwell on the factors that might have Bitcoin match ETH’s annual gains, his previous report on cryptos cited several catalysts that may propel the benchmark cryptocurrency’s prices to reach the six-figure club. The report further notes:

“About 80% of Bitcoin and Ethereum, the majority of the Bloomberg Galaxy Crypto Index (BGCI) performance comes from the broader perception of the first-born crypto as a global digital-reserve asset, plus accelerating digitization of fintech and the monetary system.”

Trillions Of Dollars Wait On The Sidelines

The bitcoin proponents think that it can compete with the US dollar to become a global reserve asset. A major reason is the crypto’s fixed supply cap that, to the proponents, makes it better sound money compared to the greenback (the Federal Reserve printed $3.1 trillion in 2021 only).

In that context, Bitcoin closed 2021 around 260% higher, reflecting that investors treated it as a tool against the dollar-led inflation.

In a survey conducted earlier this year, Goldman Sachs also said that the pent-up demand for bitcoin among the institutional investors, including global sovereign wealth funds, pension funds, and foundations. Nevertheless, even as they had trillions of dollars in reserves, the lack of clear crypto regulations kept accredited investors from putting these funds in the bitcoin market.

Analysts working at Autonomous Capital Management said that a regulated Bitcoin exchange-traded fund (ETF) would speed up Bitcoin adoption among institutional investors. Additionally, they said that while the investors treat BTC as a highly volatile asset, its noticeable lack of correlation to the traditional risk factors will be perceived as music to their ears.

“If we were to assume that Bitcoin gets the same weighting as the current gold weighting in investor’s portfolios, its price would be 2.8x times higher or roughly $112,000.”

Despite the massive adoption prospects on Wall Street, BTC’s dominance has dropped sharply after it topped out at nearly 73% in December 2021. Currently, it stands at about 47.17% reflecting that traders have moved their investments to other digital assets.

Ethereum has now become the biggest benefactor of the falling BTC dominance index. Its dominance in the crypto sector has surged from 10.06% in December 2021 to reach 20.05% at the time of publication.

Some of the reasons behind Ether’s surging dominance have come from the massive surge of non-fungible tokens (NFTs). NFTs are digital files whose scarcity and originality may be validated by a public ledger.

Furthermore, a boom in the decentralized finance space, comprising of borrowing, lending, and other financial services that are powered by the Ethereum blockchain, has increased the rate of Ether adoption among the crypto community.

Most Ethereum developers are also taking some steps to scale the blockchain. On August 5, Ethereum updated its software with the London hard fork aiming to become a full-fledged Proof-of-Stake protocol in the future.

This update also added some deflationary pressures on the supply, with an improvement proposal EIP-1559 introducing a fee reduction feature. EIP-1559 enabled the elimination of around $2 million worth of Ether tokens on the first day alone. As of August 9, the feature burned nearly $5.5 million worth of Ether, as per the data acquired from the website Ultrasound Money.

McGlone said that Ethereum’s past performance shows possibilities that it might flip bitcoin in terms of market capitalization by late 2022 or early 2023. He insisted on his $100,000 price target for bitcoin, nevertheless.

“Though we see Bitcoin on that path, there appears little can stop the process of Ethereum flippening.”

Up to today, Ethereum has exceeded bitcoin in terms of network transactions and cumulative transaction fees, as shown by data from Blockchain Center shows.