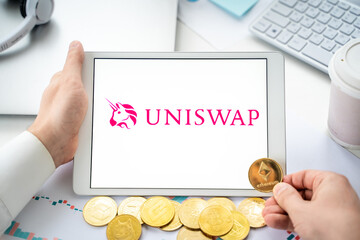 The latest reports confirm that Uniswap has officially delisted more than 100 tokens from its app interface. The world’s leading decentralized exchange has reportedly blacklisted more than 100 synthetic tokens and tokenized stocks following the rising regulatory pressure from authorities.

In an announcement on July 23, Uniswap Labs confirmed that it has permanently delisted more than 100 tokens from its app interface, insisting that this protocol remains immutable:

“These changes pertain to the interface at app.uniswap.org — the Protocol remains entirely autonomous, immutable, and permissionless.”

Uniswap Labs Company is a renowned software developer, which has successfully built its front-end web app portal. The front-end portal operates separately from the Uniswap protocol itself, featuring autonomous code that the platform released as a public product.

In a subsequent blog post, Uniswap Labs has indirectly revealed the reason behind its action on those tokens. The app hinted that increased regulatory pressure might have largely influenced its decision, stating:

“We monitor the evolving regulatory landscape. But, the company also described the move as “consistent with action taken by other DeFi interfaces.”

In that episode, most of the tokens delisted from the platform’s interface include instruments that might be at high risk of being classified as securities by a regulator. Among those delisted includes tokenized stocks, options tokens, insurance-based tokens, and synthetic assets from crypto derivatives platforms like Synthetix.

Uniswap’s move has attracted a heated discussion in the crypto community. Industry observers such as ‘ChainLinkGod’ have also raised concerns about why UNI holders were not allowed to vote for such a decision as per governance policy, tweeting:

“Not very informative here. Was this decision made through a governance vote? If not, this opens a whole can of worms and sets a terrible precedent.”

Uniswap Labs is currently the leading decentralized exchange by trade volume, with protocol’s v2 and v3 versions contributing a combined $1.45 billion worth of trade in the past 24hours.

Uniswap’s circumspective move appears few weeks after counterparts Binance and BlockFi, suffered the wrath of authorities in the United Kingdom and the United States.

On July 25, BlockFi continued to receive intensified scrutiny after the Department Of Financial Regulation in Vermont purportedly followed the footprints of New Jersey, Alabama, and Texas in taking action against the crypto lending platform. 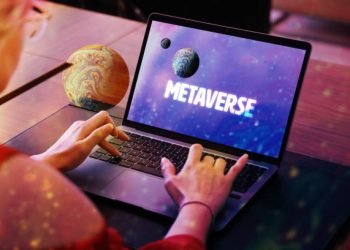