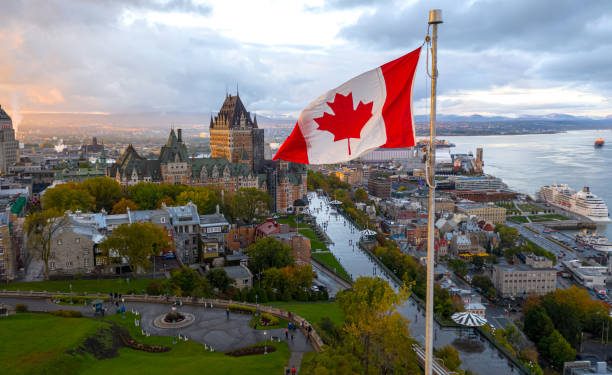 A town along the New York border with Canada, Massena, has placed a temporary ban on new Bitcoin (BTC) mining operations in the area. Based on a report by the Associated Press on July 23, 2021, Massena Town city officials mandated and implemented the 90-day moratorium on new Bitcoin mining activities citing aesthetic concerns.

The authorities added that they took these measures to ensure that buildings and roads are more presentable in the town. A Massena Town supervisor, Steve O’Shaughnessy, said that the miners were littering roads with trailers laden with computers and a lot of other hardware needed to mine bitcoin.

“We don’t want it littered with these trailers that are pumping out Bitcoin. We just want to make sure if they are going to come here, that it’s a nice presentable building.”

City officials will allegedly use this 90-day moratorium to guarantee that roadsides in Massena Town are entirely decluttered with trailers and shipping containers pushed off-road.

In the meantime, Massena Electric is allegedly seeking to sign several deals with three crypto companies. Based on the AP News report, the power firm also has its in-house moratorium on working with new crypto miners.

Many small border towns in North America are hemorrhaging factory jobs in the past ten years. In that context, Bitcoin and many other crypto-mining operations represent a significant return of some industrial operations and activities to places like Massena.

Cheap electricity in these zones is mostly a considerable attraction for the Bitcoin miners and in return, these firms offer the promise of jobs and bootstrapping the local economy. In the same voice, with China’s widespread crypto mining crackdown and the much anticipated East-to-West hash rate migration, many small towns in North America might play a major role in hosting more Bitcoin mining activity.

In the meantime, the major North American BTC mining operations continue to increase their capacity amid the current hash rate drop aiming to attract and capture a big segment of the market.

The North American bitcoin miners controlling a bigger portion of the global hash rate distribution may also contribute to putting the sector in better standing with the authorities mainly in the area of environmental conservation.