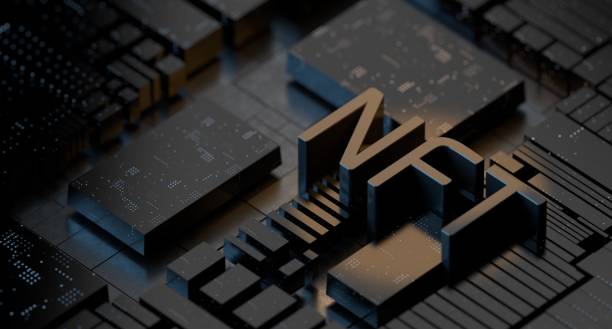 The non-fungible tokens (NFTs) provide a new method of interacting with the arts, and music, sports, and the media. It is always interesting to talk about NFTs since they are the ideal example of how the impact of blockchain in people’s lives spread way beyond the existing financial market.

As it is seen in hundreds of headlines in the last several months, they have captured the world’s attention since they are a new way of interacting with music, culture, sports, media, and a lot more. Many people wonder, what are NFTs, how do they work, how did their boom start, and why has blockchain made it possible for them to create a thriving new economy?

Why Is The NFT Market Surrounded By Lots Of Excitement?

Non-fungible tokens are an exciting and fun topic to discuss since nearly everyone likes arts, music, the internet, and games. The feeds of all social media platforms are filled with people, after showing no previous interest in cryptocurrency assets or decentralized finance (DeFi), mainly talk about NFTs. In the first half of this year, many celebrities and memes were endorsing NFTs.

Twitter’s CEO, Jack Dorsey, sold his first tweet as an NFT for a lot of money reportedly more than $2.9 million in March. Edward Snowden’s NFT, a portrait of himself, was sold for a staggering $5.4 million, which translates by 2,224 Ether (ETH). 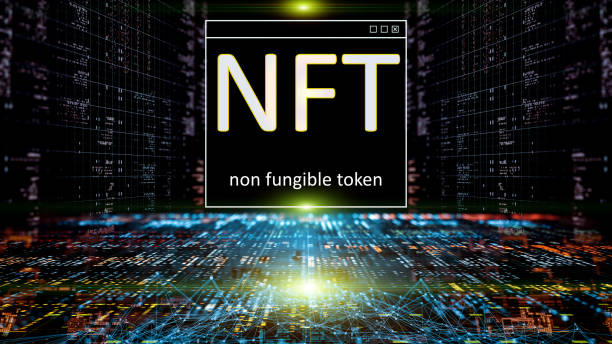 The NFT of the Zoë Roth meme, popularly known as “Disaster Girl” due to the 2005 meme of her malicious smile looking at the camera while a house is on fire in the background, sold as an NFT for up to 180 ETH, which translated to around $500,000 at the time.

Additionally, firms from the traditional market have decided to surf the NFT wave. For instance, in Brazil, the first collection of non-fungible tokens of Havaianas was auctioned off in June 2021.

The NFT transaction volume has now multiplied by over 25 times since December 2021, as the NFTs are in people’s day-to-day lives and routines. It might be one of the favorite songs, a cartoon of a favorite superhero, or even a tool in a game that the children wish to acquire.

Notably, there is an increase in non-fungible token transactions in the last six months and business volume since the end of the third quarter before the recent pop in the market.

What Are NFTs And How Do They Work?

We can now conceptualize an NFT as a piece of software code that authenticates the property of a nonfungible digital asset, or the digital representation of the physical nonfungible asset in a digital medium. For any people who prefer a more technical view:

In that case, any nonfungible asset might be the object of an NFT, whether domain names, tickets for an event, digital coins used in games, and also identifiers in social networks like Facebook and Twitter. All these non-fungible digital assets may be NFTs. 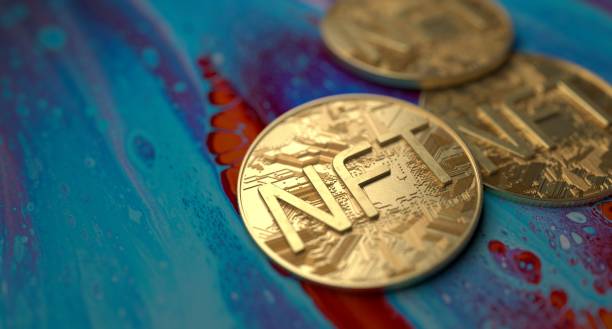 An NFT also has a data structure (token) that integrates metadata files that may be fixed in a file or an image. The token is carried and modified to accommodate the needs of blockchain networks like Kusama, Ethereum, and Flow, among many others. The art file is then uploaded to a blockchain platform that develops a metadata file in the data structure of the token.

Being a content creator like the famous artist Beeple or the rock band Kings of Leon, you can upload any of your art files to a platform that then takes your file’s metadata then passes it via the entire back-end process of a product, which is otherwise known as the NFT.

The NFT then gains a cryptographic hash (a key), which is a tamper-proof register with the date and time stamp carried on the blockchain network. Carefully following the valuable data and then seeing that it had not been modified later is crucial for all the artists out there.

Loading a piece of art on-chain may give you a good perspective of when the metadata of the art file was tokenized. Since the data associated with the piece of art is uploaded, there is nobody who can retrieve it or even delete it, and any chance of the artwork disappearing is nonexistent in case your NFT is registered on a blockchain.

How Blockchain Has Enhanced The Possibilities Of NFTs

Up to 2008, the traditional NFTs did not have any unified representation in the digital world. As a result, they were not standardized, and the non-fungible markets closed and were restricted to the platforms that issued and created a determinate NFT.

The first NFTs in the blockchains began with the inception of colored coins on BTC’s blockchain. Nonetheless, they were initially designed to enable bitcoin transactions, most of their script language stores small amounts of metadata on the blockchain that can be used to represent asset management instructions.

On the flip side, the first NFT experiment based on the Ethereum blockchain was CryptoPunks created by Larva Labs. It is comprised of 10,000 collectible, unique punks. The fact that these punks ‘live’ on the Ethereum network made them highly interoperable with digital wallets and markets. 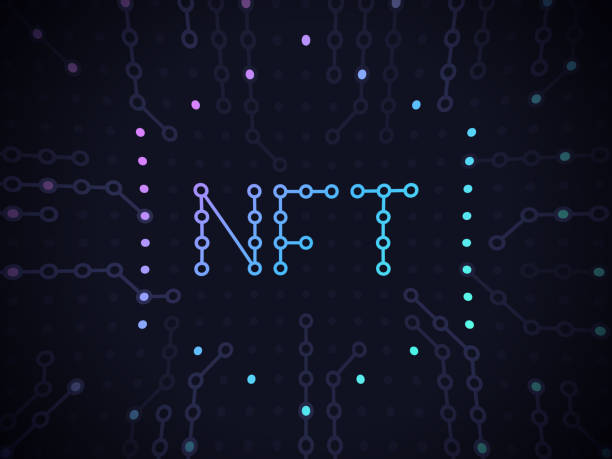 NFTs reached mainstream recognition on the Ethereum blockchain in 2017 with CryptoKitties enabling users to develop digital cats and reproduce them with a variety of pedigrees. That was a pioneer project for creating a complex system of incentives, determining that non-fungible tokens may be used as a promotional tool.

That resulted in the fostered interest in auction contracts that nowadays have become one of the key mechanisms for pricing and acquiring NFTs. The interesting part about applying blockchain technology to NFTs is that it has significantly amplified their benefits and possibilities.

It is important to note that even though Ethereum is where most of the action normally happens, many NFT patterns are emerging on the other blockchain networks. For instance, dGoods, which was created by Mythical Games, focuses primarily on the implementation of a cross-chain standard using the EOS blockchain.

Furthermore, TRON’s first non-fungible token standard, TRC-721,  was announced officially in late December 2021. The introduction of this famous standard is expected to enable the Chinese-centric blockchain to use a variety of distributed ledger technology-based apps and keep up with the speed of Ethereum’s growing NFT industry.

Since that time, any NFT registered on a blockchain has become a ‘unique’ asset that can never be faked, spoofed, or tampered with.

Main Benefits That Blockchains Bring To The NFTs

The other benefits include interoperability, liquidity, marketability, proven scarcity, and programmability. NFT patterns make interoperability feasible so that the non-fungible tokens can move quickly and more easily among many ecosystems. In a new project, non-fungible tokens may be visualized instantly in dozens of various wallet providers, negotiable in many markets, and with the probability and ability to be purchased in multiple virtual worlds. 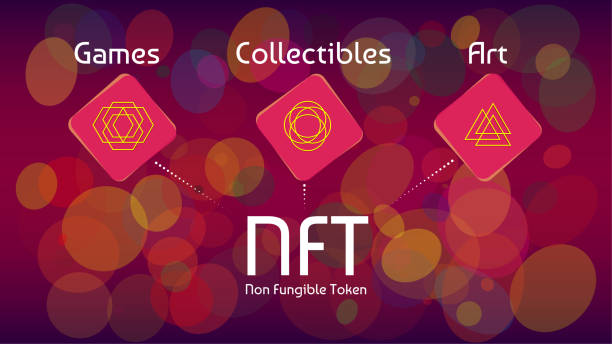 The interoperability is just possible since the open patterns supported by blockchain technology offer a clear, constant, reliable application programming interface, and with the permission to read and record data.

In turn, interoperability has enhanced the marketability of NFTs by enabling free trade in the open markets. The non-fungible tokens based on blockchain enable users to move their non-fungible assets away from their original environments. They also have the benefit of sophisticated negotiation resources, including auctions and bids.

They also can transact in all currencies, ranging from cryptos like Ether and Bitcoin to stablecoins and particular digital currencies from a determined application. Instant marketability of the non-fungible tokens based on different blockchains brings in more liquidity to the markets. That serves a greater variety of public participants, enabling considerable exposure to the non-fungible assets to a wider group of buyers.

The fifth and sixth benefits of the use of blockchain technology in NFTs are proven scarcity and immutability. That happens since smart contracts enable developers to set strict limits on an NFT’s supply and impose long-term properties that can never get modified after a token has been issued.

Thus, one can assure that the particular properties of a non-fungible token will not change with time, as they are codified within the blockchain. That is mainly interesting for the physical art market that mainly depends on the proven scarcity of an original piece.

A great trajectory in this new NFT space based on blockchain came up due to recent trends and new markets, like programmable art, which enables collectors to interfere in the original design of the art piece.

In the NFT-represented art market, immutability and scarcity are important. In the digital art space, the benefit of programmability may be something worth considering. There are notable examples of programmability at Async Art. Async is a platform to negotiate and develop non-fungible tokens that enable owners to change their images whenever they wish.

Another ideal example of the programmability feature is the ability of songs to change their compositions. It means that the music may sound quite different every time you listen to the song. The two examples are possible by dividing a piece into separate layers known as stems.

Each of these stems has many variants for its new owner to select from. That way, one track of Async Music may contain many exclusive combinations of sounds. 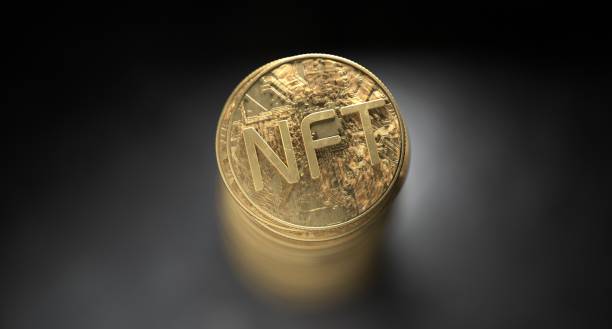 Most people are yet to understand the dimension of the non-fungible token boom and how blockchain is revolutionizing how we consume the arts. Maybe the subject deserves a more in-depth conversation.

Nonetheless, the hole-in-one of NFTs is the programmability of smart contracts on the blockchain that always assures a reward to the content creators whenever their work is negotiated.

What if a determined content is transacted hundreds of times. In that instance, the content creator is going to get a commission. This might completely alter the dynamics of copyright and intellectual property since a “division of income” is programmed into the non-fungible token’s smart contract’s code, the content creators no longer have to worry about the legal properties of their artwork.

The non-fungible tokens and blockchain technology markets still have to embark on a long journey to solve marketing infrastructure, scalability, and the applicable jurisdiction in non-fungible tokens with decentralized storage. But, we should never lose sight of the possibility to codify rights of the determined digital asset behind the transaction of a non-fungible token.

That enables the appearance of new businesses and new markets governed by institutions and traditional validators of trust but by those that create the content that is appreciated in the social media and productive hubs.